Sweden and Finland, two Scandinavian countries to Russia's northwest formally submitted an application to join NATO on May 17th in light of Russia's invasion of the Ukraine. Russian President Vladimir Putin had previously warned both nations of the potential danger they faced by joining NATO rather than remaining neutral, which many took as an not so subtle Russian threat.

While Putin doesn't directly oppose the move by Sweden or Finland, NATO's Musketeer-like pledge of "one for all and all for one", makes it clear that any incursion by one NATO member would result in an appropriate military response on all NATO members, or so says Putin. So, why would Putin approve Finland and Sweden's admission to NATO and not the Ukraine's?

NATO came into being just after the end of World War II in 1945 as a means to offset a newly expanded Soviet Russia into the Soviet Union with the addition of so-called "liberated" nations from Nazi and fascist control. Later, in 1955, they would transform into the Warsaw Pact, which was in response to NATO, which was created in 1949, and intended as a buffer from a potential invading Western coalition.

Several nations, Sweden and Finland among them, wanted to maintain as military neutrality between themselves and the USSR. This was in part to keep open historic trade relations with Russia and its partners similar to the 1956 non-aligned movement which included India, Egypt, Yugoslavia and 117 other countries which sought to maintain a economic balance between the West and the Soviet states. 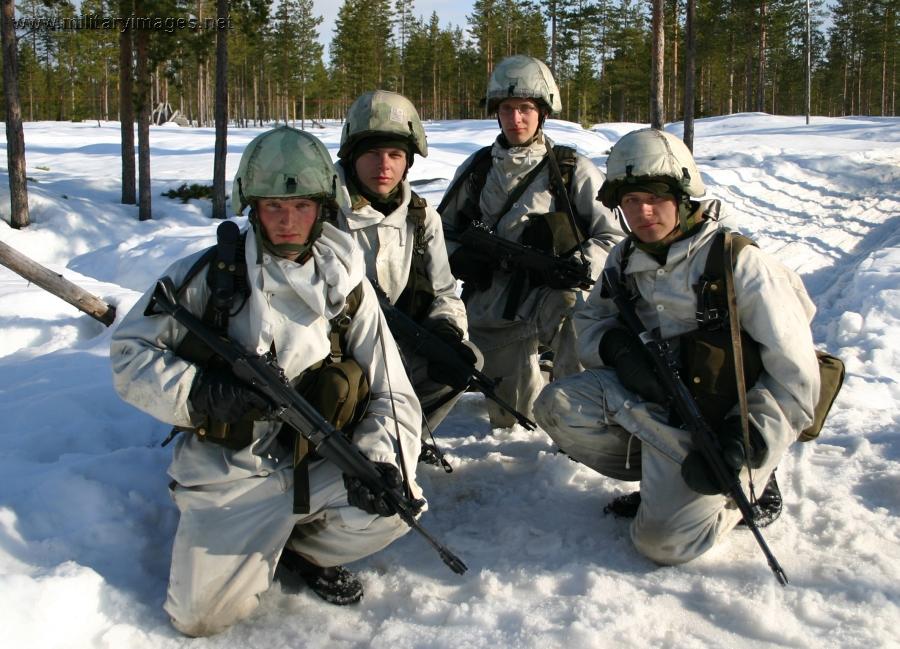 That, however, didn't preclude Sweden at least for conducting restricted joint military games with Europe. In 2017, Sweden held the largest war games in 20 years jointly with NATO members. In anticipation of joining NATO, Finland has participated in limited war games with NATO. Previously, there was always the fear of irritating the Russian bear.

Such fears gradually decreased after the implosion of the Warsaw Pact in 1989 and then, Soviet Russia in 1991, along with continual trade and economic integration which had created the European Union. Now, with the invasion of the Ukraine, that fear has reasserted itself and turned into one of self-preservation and urgency.

However, Sweden and Finland may have to hang on together a little longer. Turkey, the second largest military member of NATO (behind the United States) and one of two Muslim nations in NATO's (the other is Albania, which is 60% Muslim compared to 99% for Turkey) is opposing the entry of Sweden, and to a lesser degree, Finland, into NATO.

Under the rules of admission, any one member of NATO can oppose entry of a nation into its ranks. Turkey's President Erdogan has said that he opposes admission of Sweden and Finland over "security" issues and support of "terrorist" groups. Specifically, he is referring to the support of Sweden and Finland of the PKK---the Kurdish Workers Party---which promotes a free Kurdish State and allegedly has killed tens of thousands (mostly Turks) since 1984.

In addition, both Sweden and Finland have used their clout in the EU to oppose arms sells to Turkey with the express goal of using those weapons to fight Kurdish rebels known as the "YPG" or Syrian Kurdish People's Defense Units, which is linked to the PKK. Lastly, Erdogan opposes Swedish sanctuary of Fethullah Gulen's followers after a failed attempt to overthrow the Turkish Government in 2016. Gulen is a radical U.S. based Muslim cleric.

Finland has been part of the EU since 1995. Its largest trade partners are Sweden, Germany, and United States. Russia, which is Finland's 6th largest trading partner, gets 12% of its imports. Russia accounts for 5% of its exports. Notable but not overly significant.

Sweden, also an EU member since 1995, exports just 1.2% of its good Russia and in return gets back 2.5% in imports, so any economic effects from Russian sanctions would be minor at best. Sweden's largest trading partners are Norway, Germany, the United States, Denmark, and Finland, with Russia ranked 15th (as an aside, China is 6th in terms of exports, at $8.4 billion while Russia receives just $1.2 billion in exports).

So, economically, neither Finland or Sweden is of that important, and there's no reason to expect NATO membership would preclude an change in trade between either country and Russia. If anything, it may provide an additional conduit for trade between Russia and the West in the event of expanded sanctions.

So, why Russia would accept NATO membership of Finland and Sweden but not Ukraine? Does the answer again go to national security just as Putin has maintained all along? As far as Moscow would be concerned, the addition of NATO troops, ships, and particularly missiles in Sweden and Finland, will make little difference. If truth be known, Russian military planners long ago accounted for Sweden and even Finland in their response calculations should a war break out with NATO.  To paraphrase an old adage I adapted, "if you're not with me, you're against me. The only neutrals are in cemeteries".

While Sweden shares no common border with Russia, Finland does with some 830 miles of mostly inhospitable mountainous terrain, bitter cold, and dense forests with Russia. With Finland, the majority of its population and industry are located within 25 miles of Helsinki, which accounts for 27% of its total population (Finland only has a total population of about 5.5 million, and just nine cities with populations over 100,000).

In Sweden's case, 85% of its 10.21 million population live in urban areas. About 3.3 million live in Stockholm and the surrounding metro area. The city of Gothenburg, Sweden's second largest city, has around 2 million, while another six cities have roughly 100,000 each.

Ukraine, on the other hand, has a 1,426 mile long border, which includes 199 miles along the Black Sea. Its land is among the most fertile in the world and it's moderately populated (both Russia and  Ukraine also share a similar language, history, and culture). Note too that Ukraine was occupied by the Soviets from 1922 until the collapse of the Warsaw Pact in 1989 before becoming independent in 1991.

Russia's largest naval base since 1783 and home of the Black Sea Fleet is nearby at Sevastopol in the Crimea. It comprises an area of 334 square miles and a population of around 430,000 (when you add in surrounding towns and other populated areas, the total population jumps up to 510,000).

It's worth nothing that some military analysis believed that the Black Sea Fleet is the least prepared of the Russia's four main naval bases, ranking them in order of importance, Baltic, Northern, Pacific, and lastly, Black Sea. However, it is a key link between Russia and its ally, Syria. Then too, there's that matter of oil.

It was recently confirmed that the Black Sea shelf and the Azov Sea may potentially be one of the richest reserves in the world. Ukraine had, in fact, been quietly counting on acquiring full access to it and making closed doors deals with energy giants like Exxon, Dutch Shell, and BP (Europe receives approximately 40% of its oil and gas from Russia, with Germany---the EU's economic engine---getting 70% of its oil and gas from Russia), but then came the annexation of Crimea.

So, how much oil and gas are we talking about? Best estimates are 2.53 million tons of crude oil, 58.6 billion cubic meters of natural gas, and 1.231 million tons of natural gas condensate. That's more than enough to go to war for. It's estimated that Russia's annexation of the Crimea deprived Kyiv of some 80% of its energy potential.

If Russia manages to keep the four Donbass provinces as a result of the current war, it could possibly acquire most of the Ukraine's estimate 60 million tons of coal (90% of the Ukraine's coal lays in the Donets Coalfield, in the Donbass Region). While the Ukraine is rich in other natural resources, including gold, strategic metals, wood, and some of the most fertile soil on the planet, the loss of the Crimea oils and gas fields as well as the coal rich Donbass would severely hurt its energy needs.

Putin claimed the invasion of Ukraine was a matter of national security, and maybe it was, at least to a point. Putin didn't want NATO troops, artillery, tanks, and especially missiles on his border, and especially at the naval base in Sevastopol (even if it's a third rate base). He certainly doesn't want NATO surveillance staring him in the face.

But, it was the oil and gas of the Crimea which was key. And it's the coal rich Donbass region in the east that he wants. The war wasn't so much as a matter of national security as it is one of acquiring energy. In the near future it will be over the fertile soil like that of the Ukraine, strategic resources, and potable water elsewhere. Control of resources will the reason for all  future wars regardless of the "cause" assigned to it.

Since Sweden lacks a border with Russia and Finland's is so insignificant, Putin can use feigned indifference to their applications to join NATO. It doesn't hurt that Finland lacks oil and gas too. Otherwise, Finland's admission to NATO would be deemed a national security and denied just as in Ukraine. If Putin hoped to weaken NATO in his quest for oil and gas, he failed miserably.

Finland and Sweden want to join NATO. Here how it works andwhat comes next.

Russia's naval base in Ukraine: Critical asset or point of pride?

NATO chief sure spat over Sweden,Finland will be resolved