It's been said here many times, and I think it's appropriate to say it again. America is more divided than at any time since just before the Civil War just over 150 years. We are actually more divided on the number of issues than were our forefathers, and the division on those issues appears to be at least as deep as it was back in the late 1850's. There seems to be the same lack of interest in compromise. Politics has become, for all intent and purpose, scorched earth.  It's all or nothing.

Let's look as the recent 2022 election. For the first time (at least in recent history), there was a protest which morphed into an attempt at a coup by intimidation. Such was the anger directed at Congress. But who was really surprised? The approval rating for the House has been in the toilet for decades as has that of the Senate.

In most countries, with approval ratings like these (some as low as 9%, but most around low 20's) would have already triggered a revolution.  What did we expect? Even the judicial system has shown negative numbers along almost every other institution in America. Ironically, despite the Antifa and BLM "peaceful" riots and lootings, the police was one of the few institutions whose numbers were positive (along with the military).

To make matters worse, the majority of Americans no longer trust the mainstream media (or as conservatives now call it, "lamestream" media). To further irritate the Right, the liberal media continues to call the opposition to Biden's election the "Big Lie", echoing Reich Minister Joseph Goebbels' use of the term when referring to his brand of propaganda (a backhanded way of calling Republicans and conservatives "Nazis"). When Trump was President, the Left routinely waved flags and chanted "not my President" and the media encouraged it. When Trump supporters did the same thing (referring to Biden), it's suddenly "anti-American". Could the bias get any more obvious?

Meanwhile, political establishment has lined up to go after Trump and his supporters every way they can, with the media carrying virtual non-stop coverage despite continuously getting some of their lowest viewership numbers ever.

The media's role has traditionally been providing the American People and the world with impartial and unbiased news. It's essential to a free nation. However, since Watergate the media (which has come under an ever tightening control of a smaller and smaller number of corporate owners) has become increasingly biased as to be essentially nothing more than the mouthpiece of their owners.

According to a Gallup Poll from October 2022, only 34% of Americans trust the mainstream media...despite how slick or sincere they look. When broken down by the partisanship, 70% of Liberals and Democrats trust the media, which given its liberal list, isn't surprising. 14% of conservatives and Republicans agree (likely Fox viewers), along with 11% of Independents (the nation's majority political bloc).

In case you're wondering, 96+% of all media is owned by just five corporations. That means everything you read, see, and hear. It also includes the movies you watch. The music formats you hear. The newspapers, magazines, and even what books are published.

They control internet content (and who gets censored, blocked, or "shadow blocked" such as yours truly). They even willing cooperate with government agencies in turning over personal information. Joseph Goebbels would have wet dreams over this kind of clout!

So, how serious it is...really? Well, it ain't good. According to a poll taken in August 2022 said that 66% of Americans believe that the divisions in this country have gotten worse since 2021. 62% of those think things are going to get worse with 60% expecting an increase in political violence.

Another poll from August 2022, roughly 43% of those polled think a civil war is likely in the next 10 years. A further 14% expect something close to a Civil War within the next decade or so. 55% of Republicans and conservatives agreed. So did 40% of Democrats. A earlier poll, from July 2022, indicated the number of Americans who expected a civil war sometime "over the next several years" was 50%.

The liberal leaning Leadership Conference on Civil and Human Rights was even more pessimistic. They said that 78% of Americans believe democracy is currently "under attack" (it is, but not by who they think). 53% think that America will no longer be a democracy in four to five years (not breaking news: we never were a democracy. We were a Republic, but no longer. We're a neo-fascist Corporatocracy). 54% say we're on the path to a civil war.

A University of Virginia poll from  October 2020 said that they felt America was already in a cold civil War. The same poll also showed that 41% of those who voted for Joe Biden thought it was time to "split the country".  The Institute of Politics at Harvard's Kennedy School released an even more stunning poll result. 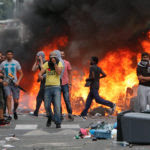 According to their poll, over half of those under 30 years of age saw America as "failing" with over one-third expecting a civil war in their lifetimes. But what if that happened? Well, the Civil War was the bloodiest America has ever experienced bar none. Approximately 600,000 people died during the four year conflict.

Using the same percentage killed based on population, that would translate to about 19.8 million today, and that number could easily go higher. Much higher given that we have a far greater percentage of trained veterans as a percentage of population now than they did then, not to mention the deadliness of the weapons available.

They say that every revolution contains within its own seeds for self-destruction. While the Civil War was fought to preserve the Union, America's future might be more balkanized. Our increasing diversity---racial, ethnic, and so forth, all under the guise of "multiculturalism" may well be the culprit.  It has already manifested itself in our politics by challenging our values, traditions, and even language.

These changes are showing up in our neighborhoods and communities in the form of more drugs, more crime, and more violence, especially in the form of racial and ethnic gangs murdering for control of territory. In some instances, they demand "their own" do the policing, which is rejection of our legal system.

We already see "Little Havana", "Little Vietnam", "Little China", "Little Columbia", and so on. No longer do they seek to mix and integrate into their new homeland as our immigrant ancestors before them had done. Instead, they remain aloof and separate. Some don't even bother to learn English or allow their children to be taught the language despite being supported by taxpayer dollars, adding insult to injury. 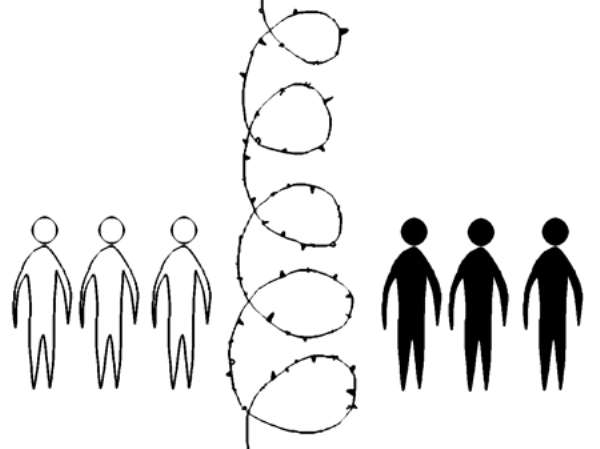 Perhaps the only solution would be the balkanization of America, leaving  it a loosely based confederation of regions. It's happened before. It happened in Ancient Greece, in Ancient Rome, the Holy Roman Empire, the British Empire, and elsewhere. We are, as humans, naturally tribal after all.

One thing is for sure, doing nothing will not only result in a de facto balkanization along various social, racial, and economic lines, under a neo-fascist Corportracy, but also allow the increasing diverse cultures to come into conflict, providing a greater excuse for the expansion of the surveillance state.

It seems there is only one other option, and that's to accept the multiculturalism on our own terms. But that means that the country we've known---our collective history---and we grew up with has to be allowed to fade into the past. No dominance of any one race or culture or language. It means changes in laws, values, and acceptance of different or perhaps new religions which could dominate or replace older ones. It means starting over again as a country surrounded by those who wish us harm.

It's possible. It's too has happened before, under Alexander the Great, Cyrus the Great, the Kings of Persia, and, albeit briefly, the Austro-Hungarian Empire. You could even include the Mongol Empire. But it's all dependent on maintaining liberal societies along with tolerant leaders and capable administrators. The instant someone comes who shows a preference or a tendency toward despotism, and it crumbles. Some have suggested an economic and political system run by artificial intelligence.

The power elites who dominate this country has been trying to divide us any way they can for decades. In that they've been largely successful. Divided we are easily controlled and manipulated. United and we're unstoppable, but can we do it? We've reached one of those historical crossroads. A "Rubicon" if you'd like, which will be crossed whether we want to or not. What will it be?

64% Think The January 6th Attack On The Capital Was Planned

Americans' Trust of the media Remains Near Record Lows.

Two in five Americans say a civil war is at least likely inthe next decade...

Leadership Conference  Poll:  54 Percent Fear America Is on the Path to Another Civil War...

Imagine another American Civil War, but this time in everystate

The Rise and Fall of Multicultural Empires