What Have We Learned Since the COVID 19 Outbreak?

Viruses and diseases have been with us since time immemorial. Wherever we've gone, it's been right there with us, in our food or water, on our clothing, our pack animals, or in our boats. Now it comes with us by plane. Some want to curtail or even stop our trade with China; claiming that we're to dependant on the Chinese. Perhaps that's true.

It would certainly be to our advantage to return many of our manufacturing jobs back to America but China isn't the only place where our jobs went (Mexico, India, and South Korea come to mind). However, that won't stop the development and spread of viruses or other diseases. Besides, as economically integrated as the world is, it would be impossible to separate from other countries without severely impacting every economy, including ours.

Some claim that the COVID-19 virus is a biological weapon sent here by the Chinese. After all, they claim, China may be a trading partner; even a important trading partner which just so happens to own much of our national debt, it is also a major economic and political competitor. China has long been on a quiet spending spree to buy up key natural resources to fuel its own phenomenal economic development, albeit at the price of destroying or polluting its own environment. And while it has embraced a certain amount of capitalism, it remains a politically close society; a Communist country whose swore goal is the overthrow of Western democracy and the suppression of freedom in whatever form that takes, including religion---any religion---for the sake of political conformity.

It's true that the virus originated in the Wuhan Province of China, which just so happens to be where a military bio-lab is located (we were told as you'll recall that it originated there as a result of someone eating contaminated "bat soup" as you'll recall). Perhaps it was a strain which accidently escaped from a lab, but then again, perhaps not. Now the Chinese government is trying to blame it on the CIA; an infected tourist who may or may not have knowingly carried the virus. The fact of the matter is that we'll never know for sure.

Another fact is that China has been just as heavily impacted as everyone else (if not more so) whatever the origin of the virus. In tracking the origin of diseases and viruses, it's often near impossible to determine the actually starting point since the first symptoms may not occur for weeks or months after the original exposure, and by then the original person infected ("patient zero") could be hundreds or thousands of miles away, infecting who knows how many others. So, practically speaking, what do we know? What have we learned since this outbreak? 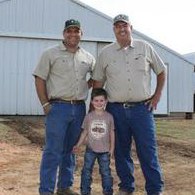 We learned what are considered "essential" jobs and who are "essential" employees, and to the surprise of many, it not upper management. It isn't, for the most part, jobs which required four year degrees. In fact, the majority of these "essential" job didn't require any higher learning at all. I'm talking about garbage men (and women) who pick up our trash every week. I'm talking about the farmers and farmhands who grow our food or those who insure we have clean water.

I'm talking about those who work in fast food restaurants cooking the food and working the drive through windows as well as those who bring food to our door. I'm also talking about those who stock the shelves not just at night, but are currently doing it all through the day just so we'll have something for our families. We can't forget the cashiers either, nor those who make sure we have electricity to cook our food, watch TV, surf the internet, or charge our smartphones so we can play video games all day.

I'm also talking about the all important trucker who is busting their hump to make sure that the stores receive what we need. Without truckers, most of America doesn't eat. It doesn't get the cleaning supplies, clothes, sheets, medicine, or whatever else we need to survive. It includes those working in warehouses, and stockrooms, as well as those working on some production line turning our sanitizers or masks.

We still depend on the police, the firefighters, EMS, and hospital workers---from the doctors, nurses, and lab workers to those doing the laundry and housekeeping who provide clean sheets and sanitary rooms and those working in the kitchen and making sure everyone eats, and on those who are filling our prescriptions.

We're finding that with schools being closed, the most essential individual in any child's education is still the parent. Yes, teachers are important, but without the parent's contribution, it's often a wasted effort. Perhaps home schooling will play an even more important role in the future. We're also rediscovering that with churches being closed, that faith doesn't reside in a building but within each of us.

We are learning all over again about just how dependant we are on each other. We are reminded that we are social animals; that politics, religion, or other self imposed barriers matter little in the long run, and this virus is a harsh reminder that we, as a species, are in this for the long run. We've learned that it's the ordinary worker, the ones we give little thought to, who are keeping us going.

Thanks to this virus, we've also seen Humanity at its selfish and greedy worse. We've seen people hoarding paper towels, toilet paper, sanitizers, and cleaning products, not to mention OTC medicines. It would be one thing if they were buying it to help others, but they're not. They are buying it for the sole intent of taking advantage of the disadvantaged such as seniors, the handicapped, and those unable to get out to shop.

They are in affect stealing from others by creating an artificial shortages, which in turn causes everyone up the supply chain to work longer and harder to replenish stock, which ultimately drives up prices for everyone. Of course, they will be more than happy to sell their hoarded products for a handsome profit to the very people who can afford it the least. I find no sense of honor, let alone compassion in this. The noblest thing we can do is to help those who are unable to help themselves, especially in time of crisis, even if that means not buying more than we think we need.

We've also learned something negative about our "social" nature. Despite repeatedly being warned to stay indoors as much as possible and the emphasis on social distancing, we are witnessing individuals doing just the opposite. Just recently we had thousands of high school and college students head to the beaches for an extended Spring Break. Many of them openly dismissing the warnings; claiming that "this is our time".

Well, perhaps it is "their time". Now that communities have closed all the usual Spring Break hot spots, a number of these self-centered "young adults" have become infected. Better yet, they're now demanding to be treated first. Frankly, too bad. Youth may be known for its zeal, but not necessarily for its intelligence (which typically improves with experience).

But it's not limited to youthful ignorance. It cuts across all age groups just as it does all races, religions, and (most) income brackets. We've seen people enmasse show up to watch the docking of the USS Comfort Hospital ship, going to the park, and at other events with large crowds. If we're to slow this spread of this virus down, we're going to have think about how we interact with others for their protection as well as ours.

We've also seen as unessential Washington can be. We've seen how partisan politics continues to influence something as basic as putting together a relief package for the nation. Be it sneaking in money for illegal immigrants, funding the Kennedy Center, or providing more corporate welfare, and neither party is more guilty than the other.

This should send a clear and unmistakable message to the American People that Washington doesn't represent our best interests (as if we actually need yet another reminder right?). It serves the needs of the very wealthy; the special interest groups who make up the ruling Oligarchy and finance modern politics. 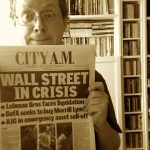 The only reason we got anything out of this so-called "relief package" was the knowledge that the American People might... just might...actually stand up and doing something about a relief package for the elites only (I'm thinking of a repeat of Obama's 2008 Wall Street bailout), and yet special interest groups still made out like bandits. Now, another relief package is being considered and Congress is again looking at ways to reward its special interest benefactors with our money.

We've also seen some of our greatest fears as Americans starting to take shape. For years there has been those who've warned about the slow development of a surveillance state; the forerunner of a police state. We've witnessed the development of technology, which many have welcomed with open arms while not considering its other, possible nefarious, uses. We've assumed that "our" politicians, regardless of their party, were immune to the clarion call of dictatorship which has crumbled countless other nations throughout time. After all, we have a constitution to protect us.

However, recent events, mostly at the local or state level, have shown that politicians, regardless of party, are just as drawn to the allure of absolute power as any other tyrant down through history, and no would be dictator would ever dream of wasting a perfectly good crisis! We know we're already an Oligarchy. The government is not run for our benefit. It serves the needs and wants of a very small group of wealthy individuals and corporations. For them, it's always been about control, be it assets, resources, or the populace.

Whether or not we take the next and perhaps final step into a full fledge police state, there can be no doubt that there's no going back to what we were pre-virus. The government, and those who control the government, have been taking careful note about how we've reacted to this crisis; who obeyed and who were the ones who spoke out. They've seen how we've responded. What were the strengths and weaknesses to our social system, especially our supply chain. How much did we depend on social media as opposed to corporate mainstream media or just how prepared the average American is for a crisis. 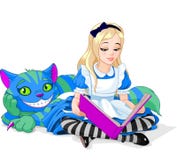 They already know that most Americans---80%---live from paycheck to paycheck. They've seen that there was no outcry or even whimper when the primary elections were temporarily suspended (there was more of an outcry when the baseball and basketball seasons were postponed). They have taken note of our restrained reactions to seeing National Guard troops out, to curfews and to restricted travel.

As Lewis Carroll's "Alice" in Alice in Wonderland said, "It's no use going back to yesterday, because I was a different person then". We are all different than we were before this crisis. The question is what we, "the People" will learn from this crisis, be it the tendency of politicians, businesses, ourselves, and each other.

COVID-19 and Contact Tracing: What Possibly Could Go Wrong?

During World War II there was one name which was feared above all others---Gestapo. It made the bravest and most daring men and women freez...