The frustration in this country is almost palpable. As of this month, December, we are officially the second largest world economy; the first is now China. While not given much publicity by the corporate media, it's remains a fact never the less. Earlier this year we learned that America was no longer the democratic-republic bequest to us by our Founding Fathers. Instead, we are now more or less officially an oligarchy, which means political, and with it economic, power is concentrated in the hands of a small elite minority. Essentially, a few corporations. Those very same entities in which the US Supreme Court erroneous decided were just like you and me, but only more so and with less restrictions when it comes to taxes and political donations, and as we all know, money is mother's milk of politics. America hasn't fallen, but it's on a greasy downhill slide. Joseph Stalin would be so proud, and somewhere, Nikita Khrushchev is pounding his shoe in sardonic laughter.

The police, whose motto has always been "To Protect and To Serve" seems to have changed recently to something more akin to "Detain or Disperse". They are a far cry from the friendly beat cop of a generation or so again. He was the guy who knew just about everyone's name, or at least their faces, on his beat. He knew all the business owners; who belonged and who didn't. He would share a joke or two, and maybe a cup of coffee. The kids all knew him by name and felt comfortable coming up and talking to him. He was someone who made everyone feel safe. Now he's is some surreal looking individual who looks more like something out of some apocryphal movie. More inhuman than human standing there in his battle gear. 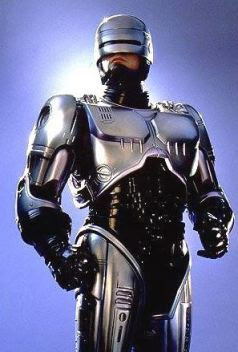 But perhaps that's not surprising. They've been trained to think of each of us as a potential criminal or terrorist and they as the protectors of the "system"; the new Reich. They are equipped to look like "Robocop" or "Judge Dredd". They've been given armored military vehicles and military gauged weapons. So, then why should we expect them not to act like Imperial Stormtroopers of the Empire? Yet, in return, we are assured that while we're surveyed, patted down, x-rayed, monitored, photographed, videotaped, fingerprinted, credit and background checked, body fluid tested, biometrically scanned and recorded, registered, and have our property searched, it will be for our own good and protection---and, oh, by the way, "have a nice day citizen". Perhaps the ancients were right after all; people will voluntarily surrender their freedoms for security, or at least the appearance of it. Isn't it grand to live in a "free" country?

We've allowed our government to be supplanted by the illusion of a Republic just a ancient Rome still called itself a republic after the military coup of Augustus Caesar introduced the long line of Caesars. We fell asleep at the voting booth. We are given the illusion of choice. We are treated to Kabuki theater. What we see isn't always the reality, but we're still left with the entertainment, and distraction of the act itself. We allowed ourselves to be divided and turned against each other by talking heads. We went along with them; after all, weren't they the "experts" we were told they were, and who knew better than some political or academic wonk what was best for us? We knew what we wanted but they knew what we really needed. Funny how each "solution" begat a new and more dangerous problem wasn't it? Divided we fall. United they are unable to stand against us.

We are sent off to fight wars for "American freedom", but we're never allowed to question the reasoning amid the flag waving and manufactured cheers. Yet, while we come home in plastic bags to grieving husbands, wives, boyfriends, girlfriends, family and friends and hangers full of perfected aligned draped coffins, someone somewhere in some boardroom or golf course is being congratulated on the latest quarterly earnings or newest government contract. It is these shadows who pass themselves off as human beings who decide when our "freedom" has been sufficiently defended. But what changed? A name on a map? A flag? The only change most of us see is the value of some corporate contractor's stock going up; the ownership of a piece of property or water rights or a oil or gas or gold field in some place whose name we can barely pronounce, while we lose arms, legs, eyes, and lives; ruined lives. How are we any more secure as a nation? How are we freer? I see a less free America. A less secure world.

Where are our jobs? Well, supposedly the job market has improved. After enduring the "Great Recession", the employment situation has improved the government reports say. However, what we seem to have are more "McJobs"; low wage or part time jobs as well as jobs without benefits. Of course too, the latest reports doesn't take into consideration that numerous individuals who have simply stopped looking, or are underemployed--working beneath their experience or academic levels, though it does count those employed solely as seasonal or temporary. It also does not include those in the military. So, where are the jobs? Well, as many of you already, most of the high wage production jobs were exported years ago to second and third world countries where companies don't have to worry about union contracts, job safety, overtime, or benefits. Workers can be paid pennies by comparison to what they used to pay US workers. Just recently, with Obama's "amnesty" for approximately 5 million illegals (the constitutional legality of which is still up in the air), employers are being encouraged to hire these individuals by giving them a $3000 credit. Meanwhile, we have a whole of veterans returning who are looking a job, not to mention million of ordinary Americans.

Of course, we can raise the minimum wage since some individuals claim they can't live on what they're making, never mind the fact that the minimum wage never intended to serve as a "living wage". It was simply meant to be a entry level wage just like Welfare was meant to be a temporary safety net not a career option. Increasing the minimum wage will, of course, cause businesses to raise prices, cut full time hours, or reduce some employees from full time to part time, and perhaps even cutting back on the number of employees they need, leaving the remaining employees doing more for not much more pay. But what will not change I assure is the profit margin. Some things are written in stone.

So what of the illegal immigrants? Whatever happened to the 60,000 children and their so-called "guardians" abandoned on our border with Mexico? Supposedly, they were to be processed and returned. Those who claimed to have family here in States "promised" to checked in when they arrived at their destination. Guess what? It never happened, and the children along with their "guardians" simply vanished. Oh, and some of these children were allegedly sick with some unknown illnesses and were quarantined. They were packed up literally in the night and sent off to undisclosed government bases. What those illnesses were we'll never know since they too have vanished---poof! Meanwhile, border protection has been gutted and deportations stopped by Obama and now former Attorney General Eric Holder for all practical purposes. Again, the People spoke and Washington ignored. 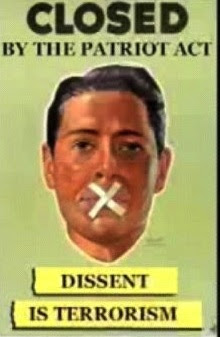 So where do we go from here? We all know the system is broken; broken beyond repair. Talk by candidates that they'll go to Washington and tell so-n-so that the good citizens of such-n-such States won't take it anymore or that they'll singlehandedly change Washington is just so much BS. We know it. They know it and they know we know it but they say it anyway. I guess it still makes for a good sound bite. Nevertheless, we must deal with the situation. We have no realistic choice. We now face a $12 trillion dollar debt. While many will cite chapter and verse about mortgaging our great grandchildren's economic future, the cold reality is that this figure is simply impossible to ever pay off. It's financially impossible just to keep up with the interest payments alone. As it is, we have to borrow money from nations like China--our idealistic archenemy---just to pay the interest on what we owe while not even touching the principal! Can you imagine having to go to some loan shark (since there's no way any reputable bank would loan you money) and borrow money just to pay the interest on your credit card payments month after month? Most of us would long ago file bankruptcy (and risked getting our legs broken by the loan shark). That's not an option for the US Government; at least not yet, but that day is surely coming and much sooner than some of us realize.

And because the US Government is unable to keep up with its bills, it does what most of us do; it puts off what it can. However, in this case, it's our infrastructure. Things like highways, roads, drainage, the national electrical grid, dams, transportation safety, and so forth. The very things which not only make it safe for you and I to get around, but makes for efficient commerce---the very things we need to help pay down the debt and keep people feed, housed, and employed. Yet, we seem to find billions to bail out poorly run multinational businesses; businesses deemed "too big to fail" but not too big to use taxpayer money to pay their executive officers huge bonuses and to keep doing what they've been doing. We also seem to have billions to spend overseas for all sorts of seemingly trivial projects which, if anything, benefit only a relatively few major corporate players, while many more receive what's politely called "corporate welfare", paid by taxpayers like you and I. Why is that do you think? Meanwhile, corporations now have many of the same "rights" that you and I have, except more, especially when it comes to political contributions and lobbying. You don't suppose there's a connection do you? Why is it that they get tax breaks for sending American jobs---especially good paying middle class union jobs----overseas and still pay little or no taxes despite the billions they earn?

I could easily go on and on and I'm sure that each of you could add your own examples. America is frustrated. We're tired of being sick and tired with Washington. So let's agree that the time has come for this to end. It's time for the government to be restored to the American People, be it by protests, citizen lobbying, petitions, registering as an Independent or third party, or simply voting against incumbent or anyone running under the corporate duopoly of Democrat or Republican. Let's not give them a moment's peace. Let's not let feel safe in their seats on single day. And let's also organize and stand up to these corporations anytime and anywhere we can---from our neighborhoods to the boardrooms. American will not remain an oligarchy and we will not remain their economic serfs.