This really wasn't the article I was planning on writing. Actually, I thinking about a summary of the year's major events---more than ample material there! As some of you may know, I'm a big movie buff, especially when it comes to Mel Brooks or those great movies from the 30's and 40's. In fact, Americans in general love their movies. We've had a love affair with Hollywood since the days of Mary Pickford, Lillian Gish, and Tom Mix, which brings me to the subject of this article. Last year, in 2013, some 1.34 billion movie tickets were sold, generating just under $11 billion dollars in revenue.

Movies have always allowed us the opportunity for escape. It magically allows us enter another time and place; to voyeuristically participate in the lives of characters we long to be or of those we love to hate. Movies have helped us transport ourselves from the everyday drudgery of our ordinary lives into a realms of enchantment, if only for a few hours. Movies have also brought us together, be it a couple on their first date or a nation during a time of war, a national tragedy or economic depression. A key part of this, perhaps an essential part, has been the leeway we've given moviemakers to tell their stories. It is imperative that the actors, as well as the writers and directors be allowed to explore their creativity; to push the boundaries as far they can go. 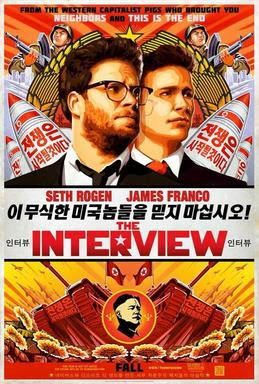 Naturally, they sometimes go too far; beyond the bounds of good taste or credibility. But we've never tried to restrict their creative licenses. Sure, we've censored them. We've rated them. We've edited them, We've toned them down, but all for content based on the audiences or perceived morals of the time but rarely have we prohibited them solely because of the subject matter (though some were not made due to the political or alleged political leanings of a writer, director, or producer during the mid 1950's during the "Red Scare"). I would say that's because we place such a high value on our freedom of speech as guaranteed by our Founding Fathers, but that would only be half true since the same sense of artistic freedom of expression can be found in Europe and in most other countries throughout the world; perhaps even to a far greater extent than our own, though they too have faced their own censorship due to political or religious intolerance.

But, now we have a new wrinkle we must consider. In today's interconnected world, amid all the tension, are there some topics that are simply out of bounds? We all remember what happened when author Salman Rushie wrote his 1988 book "The Satanic Verses", which enflamed some in the Moslem community and resulted in a price being placed on his head. Or when a few newspapers published cartoons which some Moslems felt were insulting to their Prophet Mohammed, resulting again in threats of violence against the various cartoonists as well as any newspaper which dared to run these allegedly "anti-Mohammed" cartoons (yet cartoons, TV shows, movies insulting Israel, Jews, America, or even Hindus and Buddhist were deemed perfectly acceptable to the same Moslem community).

Recently, Sony Pictures Entertainment produced a movie---a supposed comedy---about a bumbling talk show host and his producer who are hired by the CIA to killed the leader of North Korea entitled "The Interview". I guess someone at Sony thought this would be a hoot. Apparently, North Korea wasn't amused. Using a covert military cyber-hacking unit called "Bureau 121", operating under the euphemistic name of "Guardians of Peace", launched a hack attack on Sony, first hacking the movie studio's emails and releasing some embarrassing emails written some of the studio's senior executives about a few popular actors, producers, directors, and others. The emails rattled some cages; doubtlessly upset a few very powerful people in Tinseltown. Aside from some red faces and several groveling apologies, no serious or lasting damage was done. However, that was just beginning. The Guardians of Peace demanded that "The Interview" not be released. Any theater that did so would apparently be targeted for some sort of attack. The warning extended to anyone living near the offending theater, so one would naturally assume a bomb of some sort was implied.

As a result, five of the major film distribution outlets and at least three theaters chains announced they would not show the movie, scheduled for release this Christmas. Sony followed by stating that the movie would be withdrawn and not shown in any format at any time. Game over. Sony took quite a financial hit in the process. But the impact is really more than just about money. For the first time a foreign government has, through a military operation, attacked a US corporation; in this case to prevent release of a movie which its find objectionable. Now, I'm no fan of big corporations in general, and I certainly would not go see this movie for several (and hopefully obvious) reasons. But should a foreign government have the ability to dictate the release of a film, or a song, or a book, outside of its own domestic market?

During WWII, there were numerous propaganda films produced worldwide, although the US produced the lion's share by far, followed by the British while 90% of the films produced by Nazi Germany for instance contained no political content. Russia produced a few while the Italians and Japanese produced little of any consequence. During the Vietnam War, Hollywood released several anti-war films (including several about the Korea War, and by extension, Vietnam) while only one movie presented the war in a positive light (John Wayne's "The Green Beret" which was a box office dud). Still, there was no attempt by any side to prevent to production, release, or distribution of a film such as threatening to blow up studios or theaters. China is believed to have a similar military cyber-hacking unit as well and is thought to have been responsible for several attacks on US government agencies as well as financial institutions, yet not a peep out of them about any anti-Communist Chinese movie ("The Manchurian Candidate" comes to mind), book, or script.

I do have to sympathize with the North Koreans though on one point. This movie, even though it's billed as comedy (questionably given the previews I've seen), was about the assassination of their current head of state, their "Beloved Leader" Kim Jong-un. I wonder how Americans would feel about a North Korean or Chinese movie or book portraying the assassination of the President (ok, feel free to substitute Ronald Reagan or Bill Clinton for Obama to put it in the proper context)? How would the Russians feel about a movie, even a knee slapping comedy, about bumping off Vladimir Putin? Somehow, I don't they'd care too much for it. See my point?

The question remains, as much as we in the US and in the West value our freedom of expression; as much artistic license as we believe we should allow, is there now a line that shouldn't be crossed given the connectedness of the world today? Where once a country could have poked fun at a culture, or a race, or even a religion, now to find that same content dangerously unacceptable? We have become far more sensitive for instance in how we portray Native Americans. Should this be extended to other nations and cultures as well? If so, shouldn't that be reciprocated? No more anti-Israel or anti-Jewish or Hindu or Buddhist movies by the Islamic countries for instance? No more negative portrayals of Hispanics, blacks, Asians or whites? No more Irish or German or French or Italian jokes or caricatures? How would this be enforced? Would it include songs? What about books or standup comedy routines? What about previously issued material? We can certainly buy most of the Nazi propaganda films, such as "Jud Suss" or "The Eternal Jew "online.

Or alternatively, was this attack by the North Koreans simply a new weapon in their arsenal? They have made it abundantly clear they would attack us, South Korea, the Japanese, or anyone else they pleased anytime they wanted too with full impunity. Is pulling this movie merely giving in---surrendering---to their demands, and if so, what do we do the next time (and there will be a next time) they demand something else? Many in Moslem community have been offended---perhaps rightly so---by what some in West and in Asia have said, written or drawn, but have made it clear that they are well within their bounds to portray Jews, Hindus, Buddhist, Christians, or any non-Moslem as they please. Should we or Israel or India then follow North Korea's lead? That just doesn't seem quite equitable to me.

We also need to consider whether pulling this movie is a surrender our freedom, in this case our freedom of speech. If so, what's the difference between this and bowing to terrorism in any of its other forms? What freedom will they, or someone else like them, demand next? At what point does freedom of expression give way to respect and tolerance or face down threats to those same freedoms? It is a brave new world indeed, but are we brave enough?


Sony email hack: what we learned about greed, racism and sexism
http://www.theguardian.com/technology/2014/dec/14/sony-pictures-email-hack-greed-racism-sexism