The Forgiven and the Damned: Biden's Student Debt Forgiveness Program and Taxpayers

President Biden caused quite a stir recently, fulfilling a long standing promise to end student debt. As typical with many of Biden's proposal, it appears he didn't think this one through particularly well. The end result will be a much needed, albeit limited financial relief for the estimated 48 million current and former students with $1.75 trillion dollars owned.

To properly understand Biden's proposal, it's important that we first understand the term Biden uses. So, to begin with, let's get our terms correct.  Instead of calling Biden's proposal "debt forgiveness", the more appropriate term we should use is "debt transfer", which is a more accurate description of what it really is. But before we get into the specifics of Biden's "debt transfer" plan, let's take a look at student debt in general.

Loan debt has been the bane of students for decades. Some cite it as the price we pay for higher education. Others call it nothing more than a money generating scheme with naive and often desperate young adults (and their parents) as the "pigeons" to use the old carnie term for unaware victims of con games. After all, since at least the 1980's, we've been told that the only way to succeed is to go to college.

Approximately 45.4 million current and past student have some form of federal loan debt, of which 4.7% was already 90 days in arrears just in the first quarter of 2022. The average monthly payment is about $300, with most loans require the borrower to pay 10% - 20% of their gross income, based on how much they're earn.

Between 2020 and 2021, students and/or their parents borrowed near $96 billion dollars to cover the cost of education with just 13% of that being private and/or non-federally backed loans. Direct loans amounted to $1.38 trillion dollars shared by 37.2 borrowers. FFEL Loans were the largest, with $225 billion loaned out to a little under ten thousand applicants. Perkins Loans, totally $4.2 billion dollars,  went to 1.5 million individuals. The grand total was $1.61 trillion dollars loaned to 43.4 million unique applicants!

The above numbers represent just a snapshot of the debt crisis. It doesn't include other forms on loans such as Stafford, Grad PLUS, or money borrowed on insurance plans, 401K and other retirement plans, home mortgages, credit cards, and so forth, which represents tens of billions in principal, interest, fees, and penalties.  It's obvious that the student debt situation is out of hand. Some would even say it's critical, and you would find few who disagree. However, before we look at Biden's plan, let's consider a few facts about higher education.

First and perhaps more importantly, not every job needs someone with as BA or BS degree. In decades past, most graduates of high school were adequately equipped academically for the majority of jobs. However, starting the mid 1970's, the quality of high school education took a tremendous nosedive. Students were being graduated who had a 6th or 7th grade math ability or read at an 8th grade level. Their knowledge of grammar and spelling was horrendous, while their grasp of history, ethics, the sciences, or literature were virtually non-existent.

Beginning in primary school, discipline all but vanished along with parent participation. At the same time, a rise in poverty among students meant more kids were showing up hungry. As a result, schools turned increasingly into publicly funded daycares. Critical thinking skills were essentially out the window as the focus turned more on sports to attract and keep students than on academics. 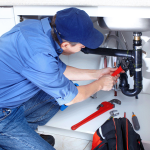 As a result, employers had to resort to remedial education for many of their new hires and the demand for college education began just to have the same intellectual level of an applicant they had just 10 or 20 years earlier. Along with this change, universities and employers began downplaying the need for the trades; those educated to do jobs which required physical and mental skills such as electricians, plumbers, carpenters, or mechanics.

Instead, savvy marketing drew new high school graduates to the higher priced colleges with promises of riches in four or six or eight "short years" and away from the less expensive and shorter trade schools. Thus began the rise of sustained student debt as tuition continuously rose and students were "fee" to financial death.

By way of a brief comparison, the cost of a college education is highest in the Northeast and West. It's cheaper in the South, Midwest, and Plains states. The average cost of a four year public college for in-state students is about $21,035 per year (or $84,140 for the full four years plus assorted fees). For a in-state student attending a private four year college, it's about $32,768 (you can roughly double that if you're either a out-of-state student or add another 1/3 if you're going to a for profit college).

If you attend a trade school, the average is about $33,000...for the entire program! Of course, depending on where and what degree, tuition can run $3,800 to $15,000 per year (most programs are two years or less, and in some cases, you can start earning in six to eight months). The figures used here for both college and trade are averages as of 2022. Tuition always changes, and usually upward.

College admissions and academic administrators also starting not just encouraging students to major in degrees with little or no employment demand, they also started creating new degrees with little real world value (such as gender or race studies). Hey, all to keep the money flowing! Meanwhile, for many colleges, the focus turned from critical thinking skills (the hallmark of higher education) to even greater revenue generating sports programs, leaving some academic departments limping along. 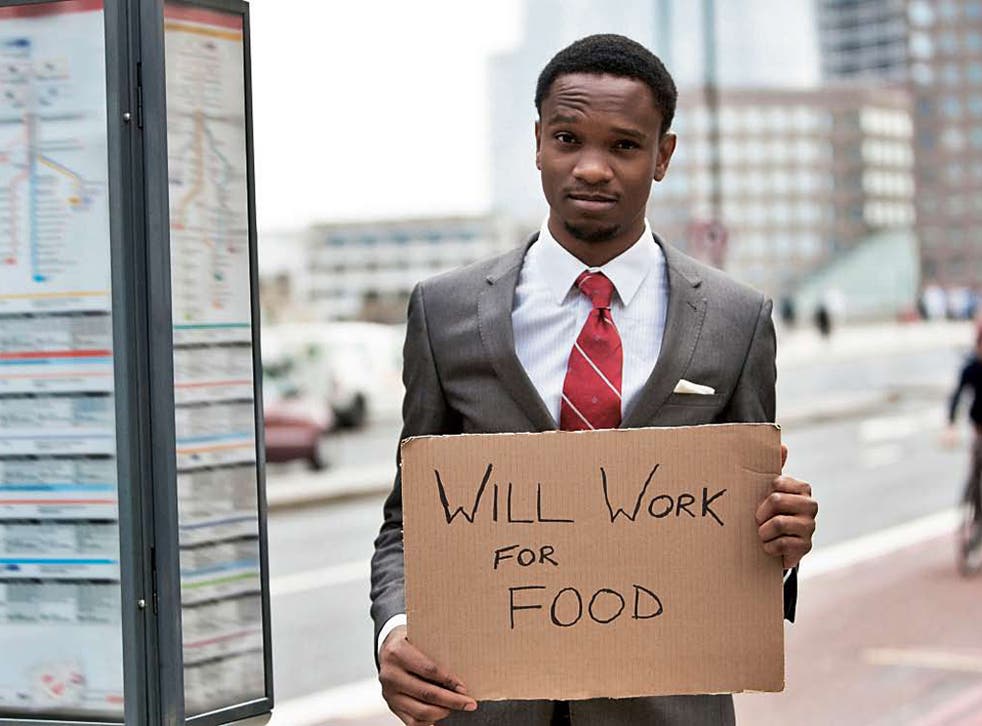 President Biden's "debt transfer" proposal is said to "wipe out entirely" the debt of approximately 1/3 of those with federal loan debt. That's about 16 million individuals. The program includes a $10,000 dollar debt "forgiveness" (specifically, the federal government---meaning taxpayers---will pick up the tab).

This will apply to those earning $120,000 dollars or less (or a combined household income of $250,000). In addition, the federal government will "forgive" up to $20,000 in Pell Grants. Total costs for taxpayers? About $300 billion dollars. Of course, this assumes Biden's "debt transfer" proposal gets past all the anticipated legal challenges.

By the way, don't expect any "thank you" cards from Millennials or Gen Z's. They have a reputation of self-entitlement. I bet they're going to be surprised to learn that once any type of government welfare goes into effect, it rarely if ever ends, so they expect to be paying off someone else's debt down the road! How's that for a bite in the butt of the two "I love Socialism" generations Capitalist style?

Anyway, assuming that this portion of the Biden plan survives all the legal challenges, the president's staff claim that about 90% of those earning $75,000 a year or less (which is most Americans) will be the prime beneficiaries. The plan also includes changes in the federally based "Income Driven Repayment System" (IDR).

Under the IDR, a student's monthly loan repayments is adjusted based on their income after graduating. Students are currently required to pay between 10% and 20% of their annual income for the first 20 years, after which the balance is "forgiven" (that is, picked up by taxpayers). According to one report, between 2010 and 2020, enrollment in the IDR jumped from roughly 10% of eligible applicants to 32%.

With Biden's plan, participants will now have to pay just 5% any undergraduate debt (and up to 10% on graduate or professional school debt such as law or medical school). This covers a repayment plan over 10 to 20 years, depending on debt size and annual income level. The proposal will also include a change in the amount of income not currently covered.

The new plan will adjust that up to 250% over the poverty line, meaning the minimum repayment amount is based on less income, thus significantly lowering the size of the amount due.  It also removes any accrued interest.

As a result, it encourages individuals to borrow as much as possible rather what they need. I see a lot of parties and beer runs in the near future. But fear not! The new IDR changes also encourage colleges to raise tuition since a greater percentage of debt is now being "forgiven"...and picked up by you and me via the government. So, taxpayers get all the debt of a college education but without all those pesky term papers and dust collecting degrees.

Biden, however, suggested that individuals qualifying under the new IDR wouldn't abuse the opportunity to borrow more money with no interest, have lower monthly payments, and earlier debt termination. Instead, they would use the money saved on the loan payments to invest or spend back into the economy. They could even double up on payments if they wanted too. He also downplayed the likelihood that universities would significantly raise tuition as well.  Yeah...right Joe. Wink. Wink. 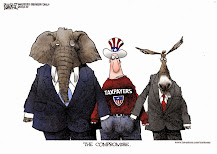 As another aside, under Biden's plan, there also could be an unintended consequence---money not paid back could be taxable at the state level  According to the Tax Foundation, there are 13 states which could treat any debt "forgiven" $10,000 or over as earned income. This includes Kentucky (naturally), Arkansas, Wisconsin, Virginia and West Virginia, Hawaii, Idaho, Minnesota, South Carolina, New York, Pennsylvania, and Massachusetts.

The Tax Foundation estimates that amount of tax to be paid could range from $300 up to $1000 or more.  To stick the knife in a little deeper, that figure could double if the debt originated from a Pell Grant and is at least $20,000 is "forgiven". So, what's the total damage of Biden's plan to taxpayers?

Well, according to the University of Pennsylvania's famed Wharton's Business School of Business (and President Donald Trump's old alma mater), taxpayers could end up stuck with a final bill of somewhere between $650 billion to $1 trillion dollars, thus proving again the old adage that no good deed goes unpunished. Not even ones designed to improve approval ratings and reelect Democrats in November.

A Look at the Shocking Student Loan Debt Statistics for 2022

There's a giant loophole in Biden's student debt relief that could make college even more expensive. Here's how it works

Biden's student loan forgiveness could be taxable in some states

The Value of Trade Schools in Today's Economy