I recently came across an interesting BBC news clip from 1973. The Club of Rome (a think tank similar to the Council of Foreign Relations) and comprises some of the world's leading business leaders, scientists, economists, academicians, and politicians, commissioned a study back in 1973, using the world's first supercomputer, which was housed at the Massachusetts Institute of Technology, better known as MIT, to predict where we will be in 150 years.

Accordingly, the supercomputer predicted that by 2040, civilization will all but cease to exist due to climate changes (natural and manmade), the erosion of natural resources, over-farming and depletion of the soil, over-fishing, pollution, and changes in population (rapid growth in poor nations and stagnation or decline in most advanced ones), economic and technological inequality, and so forth.

The study, using data from multiple academic disciplines along with statistical trends, were fed into the supercomputer on a specially written program model called "World3". World3 is a systems dynamic model which uses a variety of computer simulations based the specific data fed into it to produce a range of results.

In this case, the data pertained to population and industrial growth, agriculture and food production, climatic changes, rate of pollution, technology, non-renewable resources, and the anticipated limits of our ecosystem. The World3 model has been periodically updated to ensure the results are current based on the latest data available.

The results predicted that nations will have to reduce their economic independence and political sovereignty, while global corporations will expand their interlocking influence over many of these same countries to meet the new demands. The study also states that the world's quality of life, which naturally includes the variety and availability of food and medicine, will also likely decline for all but the wealthiest.  Let's briefly consider immigration. 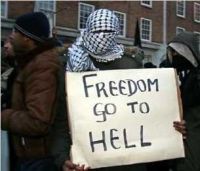 Just within the last 20 or so years, we've seen a wholesale change in demographics globally. Europe, including the prosperous "democratic socialist" states in Scandinavia, as well as France and Germany, have been overrun by largely uneducated and unskilled "migrants" from second and third world nations.

These individuals haven't come in order to become part of their host nation and contribute to society, but as leeches; sucking dry the social safety net provided for by taxpaying citizens. Europe's open borders was intended to allow individuals from war torn countries to immigrate, and yet statistics have shown that only a small fraction of these migrants actually come from war torn countries. Most are coming from poor, but relatively stable nations.

It's worth noting that a preponderance of those arriving (especially from the Middle East) are young and very fit males of military fighting age, leading some to suspect that they are militants being sent to set up terrorist cells and to radicalize other migrants. If that's true (and it likely is), then Europe may be unable to cope should violence breaks out. As it is, with approximately 50 million Muslims now living in mostly western Europe, their numbers alone are enough to ensure that the EU will support Muslim interests.  If so, what does this mean for Israel and its ally, the United States?

Many have attempted to impose their culture, values, and especially their religion on the host nation. For instance, demanding women alter their attire, cancelling popular festivals, not selling liquor, and dropping certain items from menus. This is especially true with the more radicalized of the migrants. Demanding that locals conform to their values and norms is not how immigration should work.

Sadly, the "leaders" (and I use that term in its broadest sense) in Europe have proved to be completely spineless. They're more afraid of name calling than doing the right thing for the country. The result is that Europe's very liberal social safety net is now strained to the breaking point, and yet the migration continues. One has to wonder what happens when their social safety net is no longer able to support this influx, and the citizens are either no longer able or willing to shoulder the tax burden. 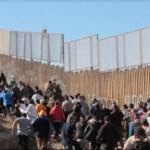 Of course, the same thing can be said of the politicians here in the United States. Since the early 1980's, beginning under President Ronald Reagan, illegal immigration has become a political football.  Currently, there's an estimated 11 million illegals currently in the U.S., and like in Europe, taxpayers are having to pay the tab for the politicians cowardice.  Bear in mind too that immigration, legal or illegal, is just one of the factors.

We also have to contend with the spread of diseases and viruses, terrorism, depletion of freshwater, overfished oceans and dying coral reefs, changing climatic conditions, aggressive nation-states and the potential for regional war or even a covert conflict (which could include biological and technological warfare such as weaponized viruses or system wide hacks), an ageing population and decreased child birth in developed and well educated nations along with a "baby boom" in poorer countries.

There is, as well, a growing stratification between economic and social classes (particularly America's Middle Class). Then there are the manufactured divisions along gender and racial lines., which are often stoked by the corporate media. We must not forget to mention the decline in global democracy.

A 2020 report from Varieties of Democracy Institute (V-Dem Institute) in Sweden indicated that global democracy has declined from 54% of the world's population in 2009 to 49% by 2019. To make matters worse, the same report also pointed out that those living in autocratic countries went from 6% in 2009 to 34% in 2019. The world's largest democracy, India, has gone from being rated as "free" to "partly free" in a 2021 report from The Freedom House.

The U.S. is now classified as a "flawed democracy" and is increasingly viewed as a nation in a accelerating decline by many world leaders. It has ceased to be a Republic, and has morphed into a Corporatocracy led by an Oligarchic elite and dominates government at all levels. That, my friends, is not the definition of "socialism", nor is it "Communism".  It is, however, the definition of Fascism, albeit perhaps a new variant.

The reports produced by many of these global think tanks and data analysis centers confirmed that America's decline includes those things I've written about countless occasions over the years such as divisive partisanship, rigged elections, gerrymandering, Citizens United and unlimited corporate money in politics, a lack of term limits, a biased media, and denying third parties and America's political majority-- Independents-- an equal opportunity to participate in the political discussion.

So, just how accurate has this supercomputer been since 1973? Actually, it's been pretty accurate thus far.  Specifically, in terms of population and economic growth and the world's overall quality of life as of 2020. The big question now is just how accurate it will be for the remaining 20 years. In case you're wondering just how much data this supercomputer can process, it can calculate more data in one second than an average human can in six billion years.

You'll find a link to the article below which includes a short video by the BBC, along with a couple other articles regarding the predictions. Check it out and let us know what you think. Is the world doomed by 2040 or will we survive? I've also provided a link to the Club of Rome's website in case you wanted to learn more about them along with additional links for more information.

A 1973 MIT Supercomputers Predicted the End of the World by2040

In 1973, an  MIT computer predicted when civilization will end

M.I.T.  Computer Program Alarmingly Predicts in 1973 That Civilization Will End in 2040

The Club of Rome

New Report: The global decline in democracy has accelerated