I'm not Stupid---You're Stupid / Obama Snubs His Nose at the American People...Again

You know, I'm not accustomed to being called "stupid". I considered myself intelligent. I have a pretty intellectually rigorous professional background, and an exceptional academic record. I'm even a past member of the high IQ society, Mensa. I'm also fairly sure that the average America doesn't get called "stupid" that often either. In fact, I would venture to say that most Americans are fairly bright; at least bright enough to call a pig a pig when they see it (I prefer to think of it as good ole American common sense). And like most Americans, I don't like to be lied to, especially when it comes from those I've hired wouldn't you agree? So then, let me introduce you to Dr. Jonathan Gruber, an economist and Obama's chief advisor and I dare say, key architect, on Obamacare.

Dr. Gruber has been in some hot water lately, In case you haven't heard, he thinks that you---the American voter---is stupid. Specially, too stupid to understand the mechanics behind Obamacare. You know, those questions you asked about how this was going to work or how it was going to be funded but was ignored? Well, his response was simply priceless. You see, the MIT economics professor's solution to all those pesky questions the American Public had asked about Obamacare was simply and intentional to fib---"mislabel" it as he said. Yelp, Dr. Gruber said publically that the best way to get around the questions that the public had (and few courageous Congressmen and women) was to lie; to misstate and/or misled in order to get it passed. Then, as Ms. Pelosi infamously told the American Public, we could read it if we wanted to know what was in it. 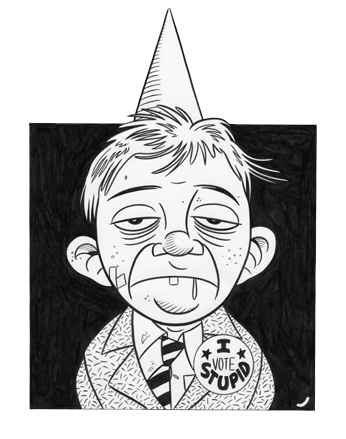 To be fair, Dr. Gruber was speaking at a University of Pennsylvania panel discussion went he stated the healthcare had to written in a way to "exploit the stupidity of the American voter". He later appeared on several news programs to say he was "speaking off the cuff", however, apparently this wasn't the only time he publically remarked about the intelligence of the American voter. To say it once, maybe he was just letting his mouth get away from him. To say it twice? Well, maybe it's not the American voter who is the stupid one.

So what are to make of this? Well, certainly Dr. Gruber isn't the only one in Washington who thinks those of us in "fly over country" as they call the American Heartland, are stupid. After all, despite approval ratings of between 9% and 11% , we do keeping reelecting these buffoons back into office right? But that aside, the point is that the American People were right when we said there was something very wrong with law; especially one being ramrodded down our throats. We knew we were being lied to when we told we could keep our current healthcare if we wanted it or that there wouldn't be any fines or other penalties. Even the not-so-supreme Supreme Court said the law wasn't legal as written and on their own (and with questionable legal authority), change it into a tax instead in order to uphold its legality. Chalk up one for the American People.

Schieffer to Gruber: "If Obamacare is as bad as you say..."
http://www.realclearpolitics.com/video/2014/11/16/bob_schieffer_to_gruber_if_obamacare_is_as_bad_as_you_say_then_give_back_money_you_made_as_advisor.html

Another Video of Obamacare Architect
http://www.theblaze.com/stories/2014/11/12/another-video-of-obamacare-architect-jonathan-gruber-calling-american-voters-stupid-surfaces/

Obama Snubs His Nose at the American People...Again. 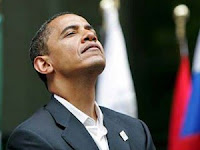 You read that right. President Obama has once again stubs his nose at the American People, this time over illegal immigration once again. As I've often reported, the American People have consistency said they wanted no part of amnesty and have repeatedly and most vocally said they wanted our southern border with Mexico sealed. However, like George Bush before him, Obama has continued to ignore the American People. However, he's gone a lot further than Bush ever did. He's basically disarmed the US Border Patrol. He's forbidden direct confrontation. He's restricted deportations. He's granted amnesty to the children of illegal immigrants. He's ceded US territory to drug cartels. He's repeatedly refused to seal the US border. He's allowed some 60,000 children dumped on our border to enter and whom have largely simply vanished. He's cut back prosecution of businesses employing illegal immigrants, and failed to do anything about either the criminal elements crossing the border or those who ill; in some cases with diseases we haven't seen in this country for decades.

In one of the few times where Obama has kept his word, Obama is preparing to grant amnesty to some 5 to 6 million individuals--mostly children of parents here illegally as well their parents under a plan called "deferred action" through executive order. This is part of a so-called "10 Point Plan" the President has been working o since before the election to bypass the House and Senate. In a recent CNN poll taken just after the midterm elections, some 40% of the respondents indicated they would not vote for candidates who supported amnesty while 19% said they supported the current Senate immigration reform bill. Essentially meaning that the American People want nothing to do with amnesty and that Obama held off in order to minimize damage to Democrats. As an aside, 45% of those polled thought Obama has already gone too far with his executive orders. That number will go much higher if he follows through with his promise of amnesty by executive order.

In addition, Obama is preparing to issue approximately 3 million work permits ("green cards") to workers from South and Central America. They will be competing for many of the same jobs that blacks, Asians, and Hispanics already in this country are competing for. The result will likely drive down wages and/or eliminate benefits as the competition for work heats up. Since October 2013, the Obama Regime has allow over 130,000 workers from Central America alone to enter the US job market, not including the 600,000 work permits given out to younger illegal immigrants or children of illegal immigrants under a 2012 "Deferred Action for Childhood Arrivals" program With some 11 to 13 million illegal immigrants already in this country, finding a job, especially in an entry level or already limited blue collar job, is going to be tough. I can't imagine union rank and file will be happy with this despite union bosses pushing for amnesty in order to fill empty coffers at the expense of member's jobs.

So, with a nod to Dr. Gruber, let's sum all this up in simple everyday terms. Congressional Democrats and Republicans are bickering like three year olds over a ball. Obama is acting like a determined spoiled brat who's been told "no" repeatedly by you, the parent. What do you do? Yeah...I'll be happy to cut the switch.

Obama might allow millions of illegal immigrants to stay
http://www.washingtonpost.com/blogs/the-fix/wp/2014/08/05/obama-might-allow-millions-of-illegal-immigrants-to-stay-it-would-be-a-huge-gamble/