I purposely held off commenting about the recent election until now. I figured there would be a plethora of the proverbial ink and verbiage spewed forth that most everyone (except us political junkies) would be in a need of break. I also wanted to wait until some of the dust had settled in order to gain a better insight as to how the lay of the political landscape has changed.

To loosely paraphrase Mark Twain, "Reports of the GOP's demise are greatly exaggerated". First, let's deal with the seat pickup. The Republicans needed six seats to take control of the Senate from the Democrats, which they got, thus giving them 52 seats to 44 for the Democrats with two seats undecided. The victory will elevate Mitch McConnell (R-KY)---often accused as the nation's obstructionist-in-chief---to Senate Majority Leader, replacing uber-liberal and occasional "funny guy", Harry Reid. (D-NV). This should dramatically change the national direction on a while array of issues, such as Obamacare, the War on Terrorism, government surveillance, and illegal immigration just to name a few. As important as this is, there was a back story which has received almost as much coverage as the election itself, and that's the makeup of the incoming Republicans.

Despite claims by partisans on the Left, the Republican brand seems to still have some life in it yet. Long accused by the Left of being the "Rich Old White Man's Party" and bastion of institutionalized racism and "war on women", the Republican Party appears to have finally got the message that those of us in "fly over country" have been preaching for years now. Forget the fact that the GOP had the first black female Secretary of State or had the first black head of the Joint Chiefs of Staff, now they can add Mia Love of Utah. Ms. Love is daughter of Hatian immigrants, a mother of three, and a Mormon. Will Hurd became the first black Congressman from Texas since Reconstruction while Tim Scott has become the first black Senator from South Carolina since Reconstruction (and first to be elected to both House and Senate). In addition, Shelly Moore Capito became West Virginia's first female senator (winning the seat which had long been held by Democrat Jay Rockefeller), and the State's first Republican since 1956.

Joni Ernest, whose campaign burst onto the national scene thanks to her humorous spot-on "pig" commercial, and becomes Iowa's first female Congresswoman. Meanwhile, Elise Stefanik has become the youngest women ever elected to Congress at 30 years of age, and the first Republican to win New York's 21st district seat (on a related subject, 18 year old Millennial Sara Blair became the young person ever elected in US by winning a West Virginia's State House seat). So, anyone on the Left looking to place the race or gender card needs to find a deck.

As for Hispanics, the nation's largest minority, they voted two to one for Democrat candidates, however, in certain key races, 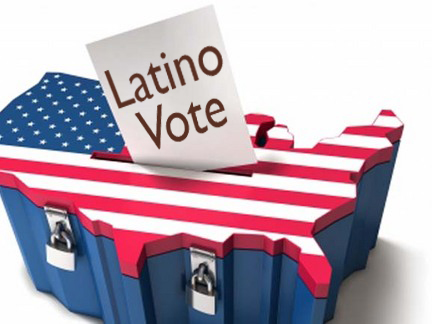 So, what does this mean for both Republicans and Democrats? While the national trend for Hispanics, as well as for Asians, has been away from affiliating with both parties, the GOP has much more to do in making inroads with Hispanics, who are expected to reach near parity with white non-Hispanics in about 10 to 15 years. Much will be decided on how the GOP handles the immigration issue, especially concerning illegal immigration. Meanwhile, Hispanics seem leery of Democrats which have come to treat minorities (not to mention unions) merely as resources to be courted, used, and discarded. Personally, I wouldn't be surprised at all to see a new political party formed out of the Hispanic vote. They certainly have the numbers, which will continue to grow, and they have a unique shared culture and language as well as specific needs which neither the Republicans or the Democrats are equipped to or willing to deal with. Lastly, they have a political infrastructure already in place with organizations like La Raza, not mention all Hispanic media outlets. Now, wouldn't that be something?

As for Obama, he's already made it clear that with two years to go, he's going down fighting. Obama has made it abundantly clear that he will use the Executive Order to push through whatever agenda he wants unless Congress capitulates. First on his list will be some form of amnesty for the some 12 million illegal immigrants now living in the US. In addition, we can expect further confrontation between the Obama Regime and Congress over ISIS and the promise, now apparently broken, of no more boots on the ground in Syria, Iraq, or other parts of the embattled Middle East, Obamacare, and the economy. Meanwhile, cracks are already appearing on the Republican side of the aisle, as Speaker of the House Boehner, the soon-to-be Senate Majority Leader McConnell, and the Tea Party have begun to argue about whose message it was that the voters were endorsing.

One thing is clear though. Voter turnout was low with just over 36%, the lowest for midterm elections in 70 years. That's down 41% from 2010. It was not because of the weather, or being too busy. It was because of voter anger and frustration. Those that did turn up and voted many Democrats (and some Republicans, but that appears to be more localized) out did so not in support of the GOP's message. They did so to send their own message that the policies of the current regime are not acceptable. If the direction of this country doesn't change, voters will be just as happy to vote the Republicans out next time. Americans are miffed, and they've been miffed for some time now at both political parties. A major housekeeping of huge portions may be coming sooner than later.