The Nord Stream Pipelines: The West vs. Russia Again

In the Baltic Sea, two Nord Stream gas and oil pipelines were destroyed in a series of three underwater explosions. The victims of sabotage.  One of the pipelines had been used to supply Europe (and particularly Europe's economic engine, Germany) with critically needed oil and natural gas.

Both lines had been shut down previously. The result of sanctions imposed by Russia's President Putin in light of the EU's support of Ukraine in its ongoing war with Russia. The other pipeline was still partially under construction. The result of the explosions was three or possible four ruptures.

Both pipelines were owned by Gazprom, the Russian owned energy giant, in conjunction with Western partners at a cost of several billion dollars (it's worth noting that Gazprom generates around $115 billion dollars annually and is the world's largest natural gas company).

The question which is now being hotly debated in the halls of Congress and the Pentagon, the United Nations Security Council,  the capital of the EU---Brussels---and the halls of other capitals in Europe, the Middle East, and China is who was responsible for the attack. 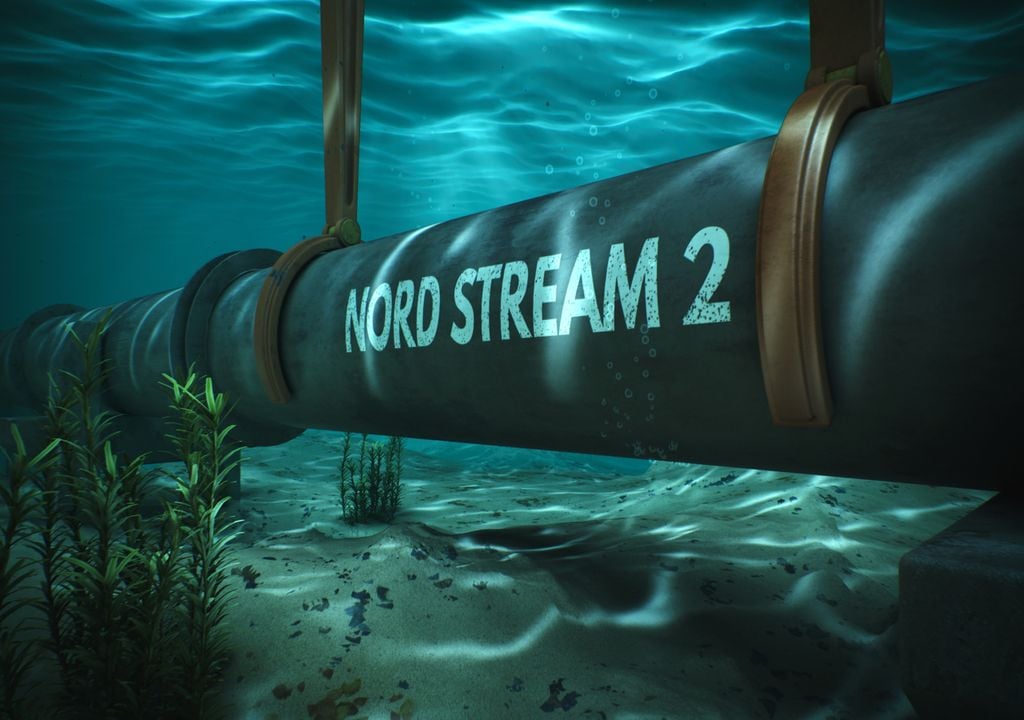 It's generally agreed that because of the location of the pipelines, at a depth of approximately 361 feet beneath the turbulent Baltic Sea, could have only been accomplished by a tiny handful of nations---Russia through its highly trained Spetsnaz special forces; the United States Navy and its premier global strike force, the SEALs.

China has its specialized naval assault units, the Jiaolong Assault Team, which are better known as the "Sea Dragon Commandos"; and the British Special Boat Service, also referred to by its initials, the SBS  (as an aside, it's one of the very few type of operations that the Israelis, known for their daring and near impossible attacks anywhere in the world, wouldn't have been able to accomplish. Besides, Israel doesn't have a dog in this fight).

The two pipelines, known as Nord Stream 1 and 2, originate from Vyborg and Ust-Luga on the Russian coast bordering the Baltic and extends Greifswald in Germany. The first leak (Nord Stream 2) was reported by Swedish investigators on September 26th. The second incident involved two leaks involving pipeline 1 the following day, on September 27th.

The damage on pipeline 1 are close together, while the damage between both pipelines aren't in close proximity to each other, which means the damage had to be closely coordinated, which again points to one of the major powers.

The majority of Western governments have either directly or indirectly indicated that Russia was behind the attacks. German Konteradmiral (Rear Admiral) and Chief of the Navy, Jan Christian Kaack, has stated that Russia has capability for such sabotage when he stated that Russia had "considerable capacity" in its underwater operations, which is true. Looking at pipeline 1, it covers 745 miles from St. Petersburg in Russia to Germany's Northeastern coast while the second pipeline runs 767 miles. In addition, there are other transmissions lines running from both pipelines (the OPEL and the NEL pipelines, which connect to other lines throughout Europe). The oil and gas originates from Yuzhno-Russkoye petroleum field in the Krasnoselkupsky District of the Tyumen Oblast in West central Siberia.

It bears mentioning that Gazprom has been working on a deal with China to construct a pipeline from the Yuzhno-Russkoye field to Northwestern China via the "Power of Siberia 2" pipeline (aka the "Altai gas pipeline") and end in the Xinjiang region where it would connect with China's East-West pipeline.   The pipeline could also run through Mongolia, which would be a boon for the Mongolian economy.

Xinjiang Province, however, is home to the Uyghurs, a minority Muslim population which in recent years has become increasing resistant to Beijing's rule in what's known as the "Xinjiang Conflict". An oil and natural gas pipeline of this magnitude would present a tempting target for the Salafist Turkistan Islamic Party and the East Turkestan Independence Movement, two separatist groups comprised of Uyghur Muslims, Buddhists, Taoists, and Confucian nationalists unified in their demand for autonomy from Beijing. 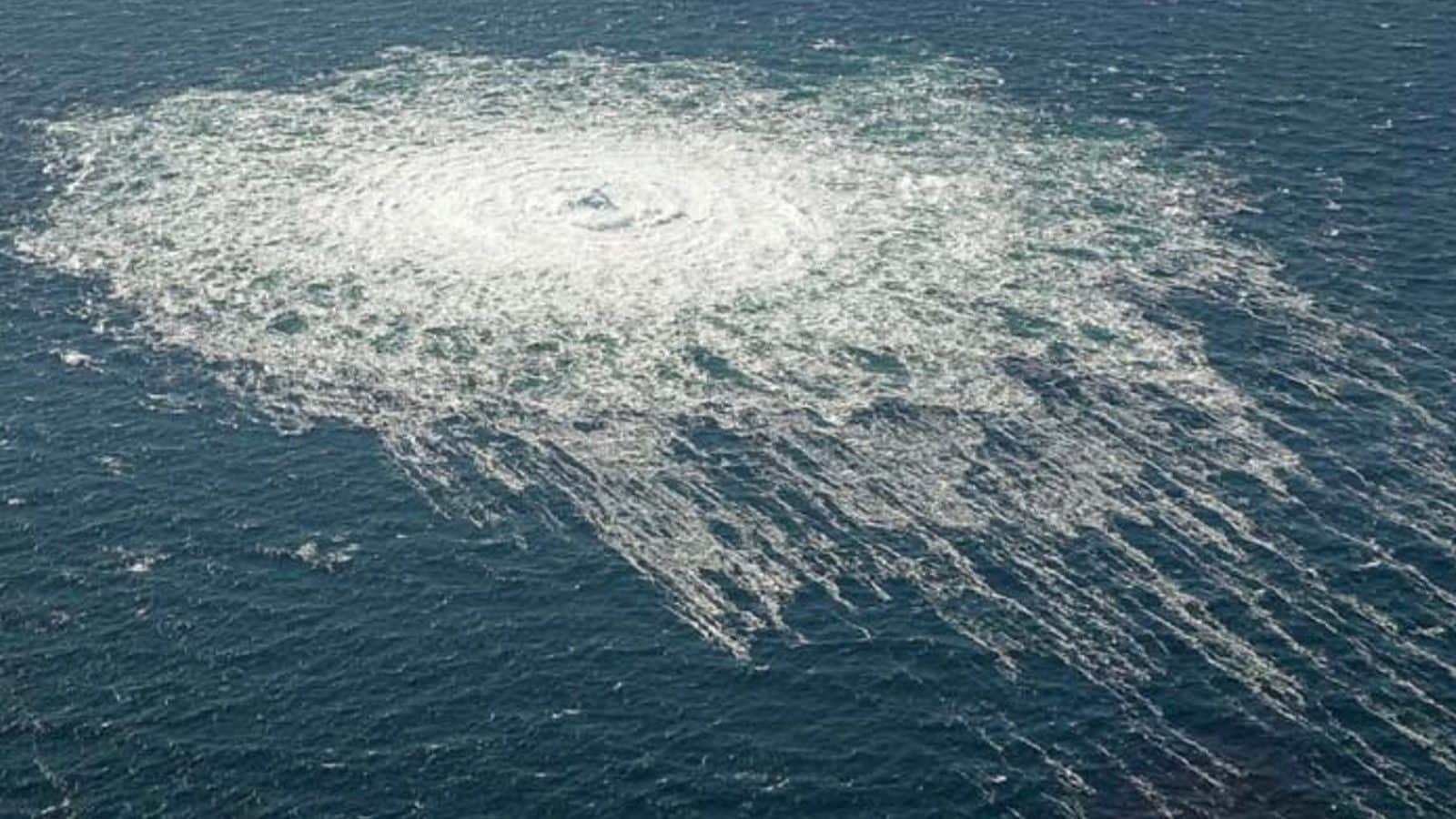 As for the two Nord Stream pipelines in the Baltic, they too present more than tempting targets. While Western leaders led by the U.S. and President Biden blame Russia for the damage to their own pipelines, Russia and its allies claim that the United States is behind the incident.

Since the announcement of that the two pipelines were destroyed, the establishment media has tried to whitewash Biden's statements and do some fancy cover up.  Nevertheless, whether he intended that specifically to be threat or not, it doesn't look good.

In fact, President Putin took Biden's comments as a threat, and now with both pipelines out of commission it certainly appears to be a threat fulfilled. Of course, the U.S. has more than the capability and experience, not to mention intelligence expertise, to carry out an operation like this.

As a result, Putin announced that he intends to "destroy the West's energy infrastructure" as he blamed the "Anglo Saxons" for the damage (fortunately for me I'm mostly Celt and Scandinavian). The question is whether or not he can actually do it. While it remains to be seen, with Europe dependant on 40% of Russia's oil and gas to heat homes and run businesses (and Germany, Europe's industrial heart, depending on Russia for 70% of its oil and gas), it can't be good for the EU, even with limited U.S. support.

The importance of the pipelines to the Russian and European economies  and the amount of money invested in the projects can't be understated. Nord Stream 1 has been in operation since 2011 at a cost of $7.3 billion dollars while Nord Stream 2's price tag was around $11 billion dollars. It was started in 2011 and has been operational since September 2021. 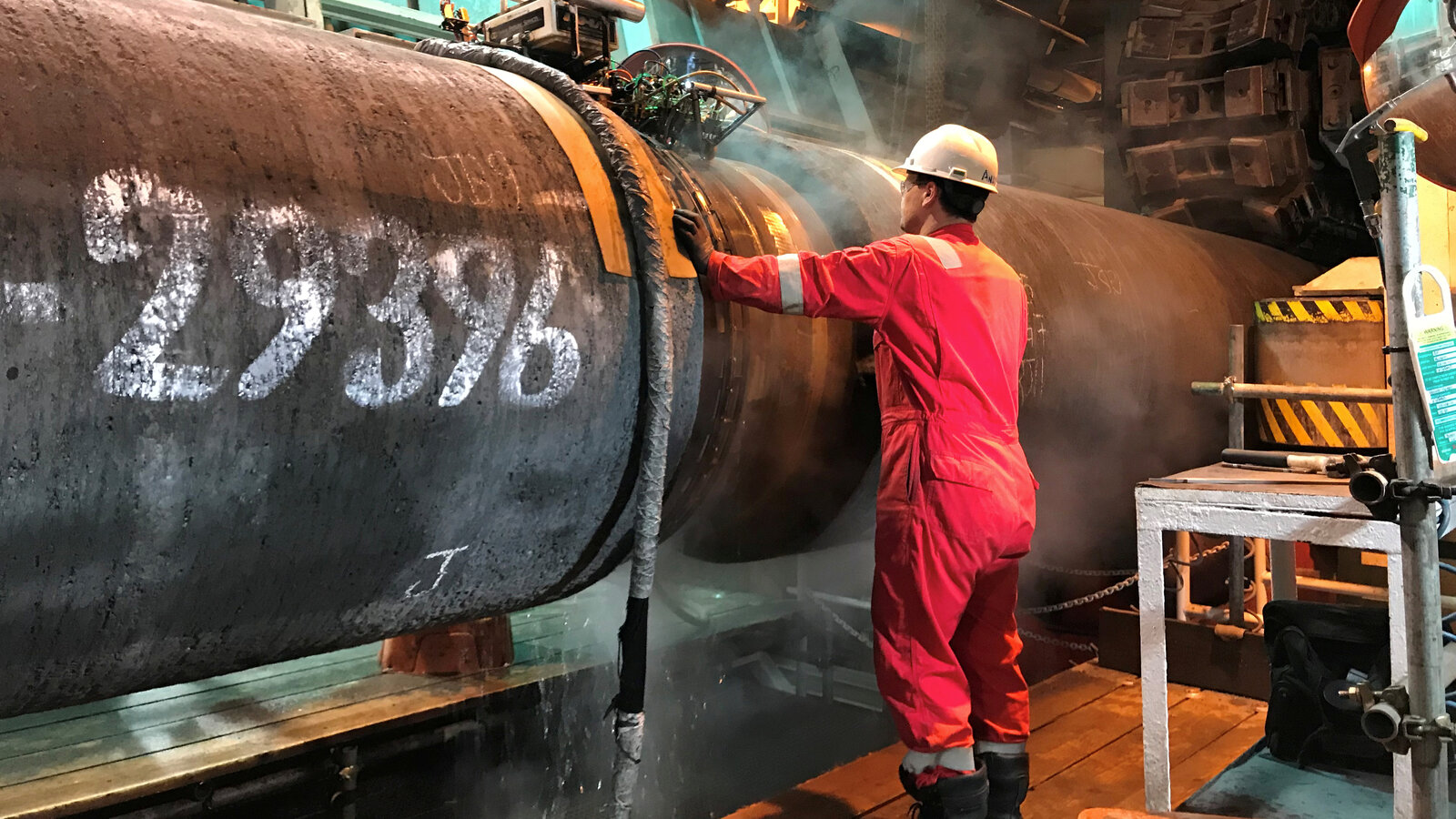 We can't overlook the possibility of routine failure. The pipelines are 361 feet down in water which average 51 degrees this time of year. At depths of 350+, the water temperature is around 15 to 20 degrees. Plus, while poor quality and/or workmanship shouldn't be an issue, but it can't be entirely ruled out. Pipeline failures aren't uncommon.

As for Russia being responsible for sabotaging either pipeline, it's unlikely. Russia has already imposed its own sanctions against the EU and shut off the valves. There's no need to destroy the pipelines on top of that. Besides, consider the costs to repair either line which could run potentially in the billions and take upwards of six months to complete. Just in closing the pipelines, Russia is taking a huge financial hit. Russia oil and gas shipments to Europe had been bringing in $120 billion annually.

As long as the war in Ukraine continues, the cost will escalate on all sides until the unthinkable becomes the only logic option. Neither Moscow or Kyiv seems able to deliver a final knockout punch. Ukraine is hanging in there against the full might of the Russian military thanks largely to aide being provided by the EU/NATO, the United States, and an intensive Western PR campaign. Russia's mounting losses, in the face of U.S. led sanctions are starting to severely affect its economy.

As a result, President Putin has struck back by cutting off critically need oil and gas supplies, but that's may not be enough. Putin has strongly hinted at military intervention in certain European border countries and even the possibility of using tactical nukes to end the war. It's unlikely Putin would do so, but some analysis have cautioned not to rule it out entirely. Russian credibility is also on the line here.

Meanwhile, Europe is bracing for a colder than usual winter, as well as a serious blow to its economy with much higher prices for everything from food to rent to gas and staying warm thanks to Russian oil and gas sanctions.  Public unrest and riots shouldn't be ruled out.

In the United States, Washington's pro-Kyiv propaganda isn't working as well as the establishment media had hoped. Putin has proven to be popular in the U.S. (more so than Biden, who's approval ratings continue to hit record lows) as the U.S. economy slows amid rising prices and interest rates. The Republicans aren't doing any better.

Regardless of U.S. politics, the war in Ukraine needs to come to a quick end. It's cause was officially Kyiv's request to join NATO; something Russia has long opposed. The real issue was, and always has been over resources. In this case, oil and gas in the Donbas and Black Sea. With it, Ukraine becomes a new player on the block, especially if it has the protection of NATO. Without it, Ukraine is just another second tier economy.

The Washington led West is going all out to make Russia the bad guy, and in many ways they are, but wars are seldom black and white. Kyiv, Brussels, and Washington bear their share of responsibility for this war too. For Moscow, it's a matter of national security. There was nothing new about Moscow's refusal to allow NATO to encircle its western border or be forced to kneel to a "new global order", whatever that means. Meanwhile, while politicians dicker, generals plan, the rich get richer, ordinary people die.

Nord Stream gas 'sabotage': who's to blame and why?

Russia Blows Up Gas Pipelines, Declaring an All-out EnergyWar It May Have Already Lost

Russia has cut off gas supplies to Europe indefinitely