America: The Bastion of Freedom?

"Freedom!" It's in our blood. But where would you rank the United States?  For most of us the answer would be number one. After all, we're the "Defender of Democracy" right?  We've all been brought up on the belief that America was bastion of freedom and democracy; that "beacon of light" to the world. But are we? Where does America stand compared to other nations?

For instance, despite allegedly being the world's  "leader of democracy", we are actually the second largest democratic nation in the world in terms of population. The largest is India with a population of 1.4 billion people compared to our paltry 328 million.

Freedom House recently released its annual report which measures various factors including trust in political institutions, voter participation, political culture (such as corruption), and  civil liberties. The report went on to list countries as  "Most Democratic", or a "Flawed" or "Failed" democracy. The U.S. was ranked 25th out of 30 democratic countries and was categorized as a "Flawed Democracy".

Norway, Iceland, Sweden, New Zealand, and  Finland were the top five. Other countries which ranked higher than the U.S. included Denmark, Canada, Germany, Australia, the UK, Costa Rica, France, Chile, and South Korea among others.

Other reports showed similar results. For instance, a 2020 Statista ranks the approval rating for Congress at 23%. Trump's approval rating has been, on average, around 43%. In a Pew Report from 2020, 68% of those interviewed since the members of Congress do not deserve to be reelected. 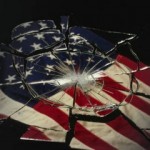 In the same poll, interviewees were asked if the trusted the government---Congress, the Presidency, and the Judiciary. A whopping 67% said they had little or no trust in the government!  In most countries, the alarm bells would be ringing. Revolutions have taken place with higher approval ratings.

According to a study by Reporters Without Borders (RWB), the United States ranks 45th of 180 countries when it comes to freedom of the press. Think about that for a minute. We're midway down in the second tier. The amendment our Founding Fathers thought was the most important was our freedom of speech, which includes freedom of the press and we're 45th in world!

We rank above the Papua New Guinea and Senegal and under countries like the former Soviet satellites, the Czech Republic and Slovenia, not to mention South Africa and Botswana. That's worse than embarrassing. That's downright frightening.  So, who has the freest press in the world according to RWB? The top four slots go to the Scandinavian countries starting with Norway, followed by Finland, Denmark, and Sweden. The Netherlands rounds out the top five.

Other top nations include Germany in 11th place, Canada in 16th, and Spain in 29th. It's worth noting that Greece, the birthplace of democracy, ranks 65th. Hong Kong is 80th and Israel is 88th. Russia is 149th, China is 177th, and dead last, in the 180th spot, is North Korea. Since education is the key to the future, how are we doing there?

In terms of best educational systems globally, the top spot goes to the UK according to an article in CEOWorld Magazine. In second place is the United States followed by Australia, the Netherlands, and Sweden. Japan ranks 11th while Hong Kong comes in 44th place. As an aside, Canada is regarded as the most educated nation in the world. 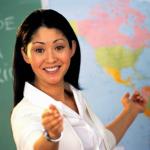 While that should give reason to celebrate, let's hold off on the confetti for a moment. While our educational system is ranked second best in the world, the performance of U.S. students compared to their global  counterparts isn't so good. American students are rank in bottom half of the top tier in the key areas of math, reading, and science.

In math, students from 30 other nations scored higher than U.S. students while we've remained stagnant in reading and science. Worse, according to the report, the gap between us and the top countries is widening. In addition, the report points out that not only are we being outperformed by China, Canada, and Russia, but also by countries like Finland and Estonia. Education is supposed to lead to a better overall quality of life. How do we stand regarding wage inequality in the workplace?

Here again, the U.S. is in trouble.  According to the Organization for Economic Cooperation and Development (OECD), the U.S. leads the top seven industrialized nations in income inequality, which has been increasing since 1980.  Meanwhile, the gap between upper class and the shrinking middle class has continued to widen, while narrowing with lower income families.

Pew Research points out that 61% of Americans believe the income gap is out of control. It's worth nothing that among Republicans and those who lean Republican, 41% oppose the current gap, while 78% of Democrats and those leaning Democrat object to the income gap. It's also worth noting that the top 1% earns 40 times more than the bottom 90%. Meanwhile, wages for the average worker has gone up just 17%.  Over 41% of Americans are low income while the middle class has declined by 19%.

In terms of race, Asians have fared the best economically, followed by Whites and Hispanics. However, Hispanic women have typically done the worse compared to other women (women in general still earn only 80% of what their male counterparts earn). Blacks have done worse overall, with approximately 20% living at or below the poverty level. 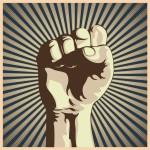 It's worth mentioning that the U.S. also has one of the lowest rates of unionization of any industrialized nation.  The U.S. has approximately 10% unionized workers (private and government) with only Turkey and France having lower rates with 8.6% and 7.9% respectively. Compare that to Germany with 16.7% or Japan with 17.1%.

The UK's unionization rate is 23.2%, but that nothing compare to Italy with 34.3% or Belgium at 54.2%. Higher still is Sweden with 66.1%. But no one tops Iceland which has a unionized workforce of 90.4%! It should be noted that these countries also have a lower national poverty rate as well as less income inequality than the U.S.

Incidentally, union membership overall is continuing to drop as corporations relocate their operations to countries which prohibit or discourage unions, typically have high unemployment and pay low wages with little or no benefits as well as few regulations regarding safety, overtime, and health codes.  The end result is pitting workers against each other in a type of global race to the bottom while government officials continue to reap financial rewards from their relationship with these corporations.

Finally, in the shadow of the COVID virus, how does America rank in terms of quality and availability of healthcare?  Healthcare systems globally vary greatly, from pay-as-you-go systems to "free" state paid universal coverage and managed care based on level of need paid via taxes on virtually everything. 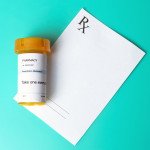 According to the World Health Organization (WHO), an adequate healthcare system should have well a trained staff, well maintained facilities, reliable financing, and access to information to base both diagnosis and decisions on.  Not mentioned but assumed is adequate number of beds, nurses, and doctors, as well as access to basic medical supplies.  Based on these minimal requirements, the country with the best overall healthcare system is France followed by Italy, San Marino, Malta, and Singapore.

Iceland was ranked 15th while the UK was 18th. Germany was ranked 25th while Australia was 32nd. As for the U.S., we came in 37th place. Mexico was 61th. Ranked at the bottom was Libya in 87th place. Iran came in 93rd. Romania was in the 99th spot, and ranked the worse for healthcare was the Caribbean nation of Saint Kitts and Nevis which was dead last in 100th place.

So, that you should give you some idea as to how America stacks up to the rest of the world. Are you surprised? Did you expect we would rank higher (or lower) in some areas?  The most interesting part to me was America's poor showing in terms of freedom of the press and education.  America was founded on the concept of freedom of speech, expression, and the press. To find that we were ranked so low seemed to be a warning to us all.

The other issue was education. I'm a strong proponent of quality education. Like many, I think we're to top heavy with over paid administrations and understaffed by underpaid teachers. We tend to spend more per student than most nations, but we're not get enough bang for the buck. Too many kids "graduate"  high school who are barely functional readers, have poor math and science skills, little to no knowledge of history, the arts, or civics...but they sure can play sports!

We've dumbed down our educational system far too much. We've done away with trade programs and technical schools (not every job requires a college education or college level debt). We've lost discipline in the school and allowed parents to opt out of their children's education. If we're to compete that has to change. We have to reverse income inequality if we're to disaster not just for the nation, but potentially for the world. Along with it, we must end the wage gaps between gender and race.

Lastly, I was most surprised by America's ranking as a democracy, fifth from the bottom. But maybe that's not all that surprising. After all, we've allowed ourselves to drift into becoming a Corporatocracy ruled by a wealthy few; an Oligarchy. Like Rome under the Caesars, the Republic has become an illusion. It's remains in name only to comfort those who afraid of the truth.

US Income Inequality Statistics to Know in 2020

Statista: Do you approve or disapprove of the way Congressis doing its job?

Pew Report: Congress and the Public