Making Sense of the COVID-19 Virus

This article is dedicated to Michelle, a nurse, friend, and victim of the COVID virus.
Covid-19 is the poster child of one of the worse years in recent memory. At the outset, health officials were saying that the deadly virus would likely be checked by the warm summer temperatures (claiming that virus can't withstand temperatures above 80 degrees). Well, the virus did just fine thank you very much. In fact, if anything, it got worse.

Now, as we approach winter and the year's end we're being warned of a second and perhaps deadlier wave of the virus which has already killed over 1.41 million people worldwide out of some 60 million cases reported; still fewer than what influenza typically kills in a year, and nowhere near the infamous 1919 influenza outbreak death total of 50 million out of 500 million or 1/3 of world's population.

It seems that, at least for the foreseeable future, the "new normal" will be excessive use of sanitizers, facemasks (which are already being marketed with cutesy designs on them), takeout only dining, teleconferences, working from home, hoarding, and limited exposure to other people. The government has set "recommendations" for who, how, and for how long people can visit.

We have the government working with various social media companies to encourage "spying" on people who break these new guidelines. It reminds me of the various Fascists and Communist governments of the 1930's where everyone was both suspect and informer. Imagine a whole nation of "Gladys Kravitz" type neighbors!

Of course, there are those (primarily on the political Right) who believe that the COVID virus isn't as prolific as it appears and has refused to abide by the government recommended restrictions, including social distancing and wearing a mask, much to the consternation of health and government officials.  With that in mind, let's take a look at the COVID 19 virus and see what the numbers can tell us.

Despite claims to the contrary by Chinese officials, COVID-19 appears to have originated in the Hubei Province of China and the city of Wuhan. There are many theories as how the virus was introduced to the public, but most health officials believe the virus first appeared in bats and then made a leap into an intermediate species, the armadillo like pangolins, which are popular in the so-called "wet" or live animal market which are used in research, Chinese medicine, and as a exotic food source.  From there, the COVID-19 virus entered the human population.

While animal to human jumps are rare, it's worth noting that the 2013 outbreak of the Bird Flu (H7N9) pandemic also originated in China, and the 2009 Swine Flu (H1N1) pandemic first appeared in Veracruz Mexico. However, a new variant of the Swine Flu, known as G4, has appeared recently appeared in China and shows signs of turning into another pandemic if it can't be brought under control quickly.

Globally, the nations most impacted by the COVID-10 virus have been United States with about 12 million reported infections, India with about 50,000 cases reported weekly (down from 90,000 in September), Brazil with about 6 million cases, Russia with around 2 million reported cases, France, Spain, Argentina, and Columbia with just over 1 million infections each. The UK is reporting some 22,000 new cases daily with North England the worse infected. Meanwhile Mexico has right at 1 million cases. 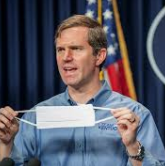 Within the United States, the virus first heavily impacted the Northeast and West Coast (mostly California). However, with the second wave, it's the Midwest experiencing the worse of it. The states most affects are Alabama, Nebraska, Oklahoma, Idaho, Arkansas, Iowa, Montana, Utah, Wisconsin, South Dakota, and topping the list, North Dakota with a positivity rate of 7.2%. While the overall infection rate in Kentucky is lower than many of the neighboring states, the death rate has been higher.

The reason given is not directly related to the virus itself, but to several underlining conditions. Kentucky has an higher than average rate of smokers, diabetes, unregulated hypertension and heart issues, and obesity; all of which are strong contributors to the overall death rate triggered by the COVID virus. In addition, Kentucky has a large number of seniors who are also adversely affected.

When we look at age, those over 75 have the highest fatality rates at 47.7%. Of those, over half had serious underlying issues. Next are those in the 65 to 74 age range which has a mortality rate of 24.6% with nearly all having some sort of underlying health issue. The 45 to 64 age bracket had a similar rate, 23.1%, and secondary issue death percentage. 18 to 44 year old had the best numbers with a 4.5 fatally rate, of which over half had other serious health issues.

Finally, infants to age 17 had the best rate of all with a mortality of just 0.04% and all reported having a preexisting serious health issue. As an aside, men have a higher mortality rate than women, 2.8% versus 1.7%. One explanation is that men are less likely to follow basic guidelines such as wearing a mask or washing their hands as often as they should. Another explanation is that men simply aren't as willing to go to the doctor as they should.

Income levels also come into play (more money more access to better healthcare). In addition, there is the strong likelihood of better health awareness and overall health. Basically that means that minorities and poor whites are statistically worse off when it comes to fatalities due to the virus. This can be attributed to the size and ages of the population sample.

Studies have shown that lower incomes also more susceptible to substance abuse, poor/unhealthy diets, to be smokers, and with that, more likely to have serious underlining health issues like obesity, hypertension, diabetes, heart disease, and less likely to have access to reliable healthcare. Even excluding the virus, these groups tend to have a higher mortality rate.

Speaking of which, what about the homeless? Surely, out of all the various population segments, the chronic homeless would have the highest infection and mortality rates. At the outset of the pandemic, the homeless population was expected to devastated. However, that hasn't been the case.  In several studies of cities with the highest homeless population, the number of infected individuals have been relatively low as has the percentage of death rates.

In San Francisco, which has a high homeless population rates with approximately 8000 individuals being classified as chronic homeless, only 200 have been reported as being infected with the COVID virus and half of those came from one shelter in April. Out of the 200, only one died.  However, according to another report, 50 individuals died between April and May.

In the Seattle Washington area there are reportedly around 12,000 homeless individuals. Of those, 400 tested positive with the virus. In Los Angeles County, the most highly populated county in the U.S., there are about 66,000 homeless, however, only 1200 of those have been diagnosed positive for the virus.

No one seems to know why the homeless are showing such low numbers especially when you consider the cramped condition of shelters or the often unsanitary state of many homeless camps. Part of the reason could be that many of those infected are staying away or managing not to be counted. Others have attributed the low infection and subsequent death rates to a stronger immune system, stating that the "outdoor conditions" have strengthen their immune system plus the fact that the homeless tend to keep a natural distance between campsites.

However, neither theory takes into consideration that the homeless often suffer from substance abuse or don't have regular access to medication or even healthcare. That means that health issues often go untreated or undiagnosed; prime contributors to the mortality rate among those infected with the virus. In addition, the homeless have less access to showers, healthy food, or even clean bedding or clothes.

Nevertheless, with shelters and known encampments accounted for, the overall infection rate among the homeless for the COVID virus is 8.9% nationwide, which is far less than one would expect under the circumstances.

The COVID-19 virus, whether naturally occurring or manmade as many suspect, has shown itself to be tenacious. While originally health experts expected the virus to drop off during the hot summer months, it remained. How with winter approaching, many health officials are worried about an increase in cases especially during the holidays, whereas many will stay put during the coldest months.

Meanwhile, the economy will continue to limp along with most individuals choosing to shop online. Restaurants and bars have closed to dine-in customers. Some have managed to survive through takeout service only, however, many won't make it. The same with retail businesses which are unable to adapt to the "new normal". That will affect the unemployment rates, forcing many to take lower paying or part time jobs. It will also put a greater strain on a already vulnerable social safety net. 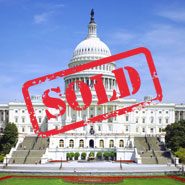 The result being a further expanding of the government and that means higher taxes. We can expected a deepening of the corporate-government "hand-in-glove" Corporate state. It could mean more wars and conflicts to help artificially stimulate the economy, reduce unemployment numbers, and (frankly) bleed off an "excess" population under the guise of spreading/saving democracy which simply means securing access to resources in the name of expanding profits.

It may mean a reduction in availability of healthcare for certain population segments. We will also see an increase in surveillance measures enacted under the premise of "national security" which will encompass pandemics as a national threat and insidious as the never ending "war on terror" has been.

For many, it will be hardly noticed. Just another concession for the national good. A few will see it for what it is, a further loss of freedom and an erosion of our individuality justified as a necessary sacrifice.  All totalitarian governments begun that way. That's not to say COVID-19 shouldn't be taken seriously. It should. Very seriously. Not just for the health crisis it is but also for opportunity it presents for wannabe despots less interested in the nation's well being than acquiring power and wealth. For all of us, it will be indeed be a "brave new world" to quote Aldous Huxley.

Coronavirus cause: Origin and how it spreads

Coronavirus hasn't devastated the homeless population as many feared

Pangolins may have spread coronavirus to humans: what toknow

Covid-19: A status check of the 10 worse hit countries

These 11 States Now Have the Worse Outbreaks in the U.S.

The Color of Coronavirus: COVID-19 Deaths by Race and Ethnicity

Why Is COVID-19 Striking Men Harder than Women?