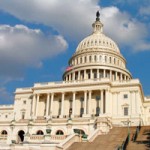 Tuesday's election should set aside any further discussions about which side of the fence Kentucky is on. With a near perfect sweep of offices by the Kentucky Republican Party, the state is now firmly "red". The GOP took all of the Constitutional offices, including the two most important, the Attorney General and the Secretary of State. The only office where the Republican Party didn't fare so well was the top seat, the Governor's office, but more on that latter. Let's look at some of the key offices first.

The incumbent, Allison Ball (R), out performed her opponent, Michael Bowman (D) convincingly, winning by a 300,935 spread with 69.7% of the vote to 39.3% in the race for Treasurer. As I wrote previously, Allison had the better qualifications. Her opponent, Michael Bowman was simply outmatched and outspent (Ball raised close to $200,000 compared to Bowman who raised close to $40,000).

That's not to say that Bowman is wrong for political office. He certainly has some good experience, however, I think shooting for a statewide office at this stage of his political career without previously holding an elected office and, frankly, lacking the level the same level of education and professional experience as Allison, was reaching too far. As for Allison, I think she has a very bright future ahead of her in politics. She's not just quite intelligent and responsive to citizens, but very personable as well. Kentucky did well to reelect Allison Ball as its State Treasurer.

In the State Auditor's race, it was again the incumbent who won convincingly. Incumbent Mike Harmon (R) garnered 55. 7% of the vote compared to his opponents Sheri Donahue (D) and Kyle Hugenberg (L) who received 41.0% and 3.3% respectively. The actual vote difference was 204, 960 between Mike and Sherri with Kyle capturing 46,562 (obviously, even if the Libertarian wasn't in the race, the outcome wouldn't have changed).

Once more this was a more experienced individual winning out. Like Allison, Mike Harmon is a very intelligent and responsive. Sherri has an excellent professional and academic background, however, with a degree in Industrial Engineering and professional experience more in the cyber security field, it simply wasn't a good match for the seat she was seeking. Sherri would do well to find a position within government rather than through elected office.

In Kyle's case, it's a bit different. Both his education and experience are in accounting, which matches up well with Auditor. What he lacked was the political expertise and, of course, money which buys the necessary exposure. Given that he ran as something other than one of the two corporate owned parties, the only exposure he's going to get is what he can buy.

Next was the Secretary of State's office. This was particularly interesting election since it pitted a well known veteran's advocate, former Second Lady of Kentucky, and a Miss America against a much less known election law attorney. Nevertheless, it was the attorney who won. Michael G Adams (R) won the seat with 52.3% of the vote compared to the Democrat, Heather French Henry's 47.7%. The actual numerical difference was 64,562 votes. So why did the better known and, frankly, more popular candidate lose?

Heather French Henry has been in the public eye ever since she won the Miss Kentucky Pageant back in 1999. She went on to win the Miss America title the following year. Heather has also been a pro-active advocate for veterans from the beginning of her public career. Her husband, Steve Henry, is a well known orthopedic surgeon and equally involved in veteran issues. He was elected Lt. Governor in 1995. One or the other always attended my district meetings when I was 3rd District Commander of the DAV along with our state conventions.

Steve ran into some legal issues. He was charged with campaign finance law violations in 2007, resulting in Steve having to personally assume financial responsibility for $600,000 dollars in loans, a $10,000 fine, and a 12 month prison sentence. However, both Steve and Heather have remained popular with veterans, with Heather serving as State Commissioner and Deputy Commissioner of Veteran Affairs.

Given recent legal problems within the Secretary of State's office over misuse of voter rolls, allegations of intimidation, and campaign election laws violations, voters seemed tired of the "business as usual" mishandling of the office. In addition, Kentuckians clearly want to modernize a outdated election system. Adams, an election law attorney, appeared the best person for the job. Furthermore, Adams had a better grasp of the nuances of the office than Henry did. In the end, it was experience over popularity
.
The second most important office in the state is Attorney General. The office isn't just the state's top lawyer, it's been used as the governor's chief enforcer as well as the governor's chief opponent. This was on full display when Greg Stumbo (D) was elected AG in 2003 and set about hamstringing Governor Ernie Fletcher (R) at every turn. Personally, I believe the office should be strictly non-partisan, along with most of the Constitutional offices. The Attorney General should focus solely on legal issues, not engage in partisan politics, and apparently Kentucky voters agreed this time around.

Faced between the political "retread", Greg Stumbo, who was seeking to reprise his role as "Chief Legal Obstructer" and a political newcomer with some serious political ties to Majority Leader, Senator Mitch McConnell, Daniel Cameron. Stumbo tried desperately to link Cameron to Senator McConnell (which wasn't hard to do since he served as his attorney) and his role as a Washington lobbyist. Senator McConnell isn't exactly a popular figure in Kentucky politics. Not even many Republicans like him that well, and no one likes lobbyists.

By the way, Cameron also happens to be black, a non-issue with voters, and while Cameron isn't the first person of color to run for a statewide office, he is far from the first to win elected office either in Kentucky on the Republican ticket. In fact, the current Lt. Governor, Jenean Hampton (R), happens to be black too. Color is not a barrier in Kentucky politics despite some--mainly from the Left---trying to make it one by accusing Cameron of not caring enough about black issues and being out of touch with the black community.

So, how well did Daniel Cameron do against Greg Stumbo? Pretty well as it turned out. Cameron won with 57.8% of vote compared to Stumbo's 42.2%; a voter margin of 221,125. In terms of money, Stumbo raised right around $560,000 while Cameron was able to raise just over $836,000 (with a lot of help from McConnell no doubt). Clearly Kentuckians were ready for a change, and as I previously wrote, it's time for Greg Stumbo and those like him to disappear from the political scene.

Perhaps the most continuous race was for governor. In fact, despite the election results, the race hasn't been settled yet. The current governor, Matt Bevin (R) is calling for a recanvassing, citing some "irregularities" in the ballots. Of course, that's nothing new in Kentucky politics! Voting "irregularities" are almost tradition like bourbon and horse racing. Speaking from personal experience, there was a great deal of electioneering and questionable ballot casting when I ran for Metro Council back in 2001.

There's been a number of Republicans attempting to blame John Hicks and the Libertarians for Matt Bevin's apparent loss. I will have to respectfully disagree with those who claim John Hicks was the "spoiler" in the election, which, as a result, threw the governorship to Andy Beshear. Those who voted for Hicks did so because they either supported his position on the issues (or at least most of them), particularly on medical marijuana, or because they simply disliked what the Republicans or Democrats were offering.

At least those voters cared enough about the election to bother showing up, unlike many of the Democrat or (especially) Republican voters who decided to stay at home. For that matter, one could make a solid argument that if the Republicans had a actual political party in Jefferson County instead of a East end clique, Bevin wouldn't have lost the county by over a 100,000 votes. The same argument could be made for the GOP in other counties in the state as well except the other Republicans candidates did pretty well, so perhaps Bevin and not Hicks is to blame after all.

Claiming that a third party candidate or an Independent is no better than a "spoiler" or "wasted" vote presupposes that the current corporate controlled duopoly is the only legitimate form of government, which I find to be absolutely preposterous. What it demonstrates is that 28,000+ Kentuckians didn't like either the Democrat or Republican choice for governor. In addition, despite the media's misrepresentation, Indies are the largest voting bloc in the country and growing while the Democrat and Republican parties are shrinking. Indies and third parties, especially Libertarians, are also growing in Kentucky. It's time that attitudes change regarding non-conforming candidates.

Lastly, for all the Democrats gloating about winning the governorship (technically), here's a little reminder. Matt Bevin was for most of early 2019 the most disliked governor in America. Just recently he moved up a notch to the second most disliked governor in American (the "honor" of the most disliked went to Massachusetts Governor, Charles Baker). That means Andy Beshear barely beat someone at the bottom of the list of governors. Honestly, that's nothing to brag about folks.

So, what's the takeaway? First and foremost, Kentucky is squarely in the "red" column for the foreseeable future. A Beshear Administration will face a super majority in Kentucky Legislature (both the House and Senate are controlled by the GOP), as well as all the state's Constitutional office, including the powerful Attorney General. Plus all but one of Kentucky's federal offices are held by Republicans starting with powerful Senator Mitch McConnell. Beshear, while a Democrat, is going to be playing by Republican rules or find himself basically impotent as governor. Of course, all this presupposes that Bevin's recanvassing doesn't change the results which in all likelihood it won't. Additionally, Bevin tied himself closely to President Trump.

Trump was at one time very popular with Kentucky voters. Not so any more. His popularity rating has dropped about 20%. Anyone attempting to ride Trump's coattails as Bevin did may find them very short indeed. McConnell's popularity isn't great either, just 18%, which is the same as Congress. Cameron was successful primarily because the unpopularity of his opponent was greater than that of McConnell. Lastly, third parties and Indies are on the rise in the state. Get use to it. The winds of change are blowing, even in the hollers of Kentucky.

Lastly, a big shout out to all my fellow veterans, especially the disabled veterans out there on this Veterans Day. Thank you for everything...literally. Fair winds and calm seas to all.