Reflections: A Look At Our World

I'm a Babyboomer. The result of the post World War II generation. An era where America had achieved international political and economic dominance for the first time. It was a time of unrivaled wealth throughout the country. Eisenhower, the man who led us to victory in Europe, was the President and Mamie was our First Lady. It was also a time of the "Red Scare"; where there were "Commies" lurking behind every bush and corner. It was also the time of the Cold War which could go "hot" at any moment.

The world was divided into two camps---the Pro-Soviet and the Pro-West, which meant the Pro-American. There was, of course, the Non-Aligned Nations who tried to play the two sides off each other for economic gain, but when push came to shove, even they had to pick a side. The US political world view was based on the "domino effect"; if one country was allowed to fall to the "godless" Communists, it would lead to the toppling of an adjacent country, then another and so on. Of course, we grossly overestimated the Soviet and Chinese economies just like we confused their massive quantity of weapons with quality. However, as Stalin was said, "quantity has a quality all its own", and they had a lot of it.

Both sides engages in a long series of proxy wars and indirect conflicts in places like Korea, Vietnam, Cambodia, Laos, Chile, Panama, Argentina, Nicaragua , Iraq and Iran, India and Pakistan, the Congo, Sudan, Rwanda, and dozens of other "hot spots' with strange and exotic sounding names. Both sides tried to edge out the other through the supply of arms, intelligence, training, and promises to help rebuild the infrastructure, economic trade and aid packages (which were defacto bribes) as well as political and military support to help maintain their grip on political power.

A classic example was Manuel Noriega of Panama. A military strongman who was helped into power by US intelligence agencies with the understanding that he would protect US government and corporate interests in the area. Other than that, he was free to do as he pleased. However, after he became a bit too greedy and his usefulness faded, he was ousted like so many other strongmen that we've propped up over the decades like Hussein, Batista, Mubarak, Marcos, Ngo Dinh Diem, or Mohammad Reza Pahlevi (the Shan of Iran). If you look back of the last 75 or so years, we seem to love coups and juntas. President Franklin D Roosevelt is credited with once saying, "He may be a son of a bitch, but at least he's our son of a bitch", which seems to sum our foreign policy pretty nicely.

Nevertheless, the Soviets and their Warsaw Pact allies were unable to match the West in terms of its economic power and it ultimately collapsed. The first cracks appeared in Poland, thanks in large part to the Polish trade union, Solidarity. Then came fissures in East Germany which spread like wildfire throughout the Eastern Bloc. Finally, "Mother Russia" itself succumbed to the weight of its own inefficient bureaucracy and economy, brought on in part by its own "Vietnam"---Afghanistan, with the US support of the native "freedom fighters", the Mujahideen.

Since "winning" the Cold War, many expected to see the whole world embrace democracy, specifically American style democracy. After all, since World War II, the US has been engaged in a "blow 'em up build 'em, up" nation building foreign policy. It has repeatedly engaged in overthrowing governments and underwriting assassinations, propping up military juntas and dictatorships in the name of "making the world safe for Democracy", which generally translates to unrestricted economic and military imperialism. Little wonder then that no new post-WWII government has modeled itself on the American model, preferring instead the British parliamentary system.

However, things didn't quite worked out as planned. Lacking an enemy, our economy stumbled and we seemed to lose our national sense of direction. It didn't take long before we found a new enemy to replace the Soviets. Before then, the military and intelligence agencies muddled along to find a new purpose and politicians tried to figure out how to keep the economy on a upward trajectory. All that changed on 9/11 and we found the perfect enemy, and so was launched the "War on Terrorism" and a perpetual wartime economy was born. Our "freedom fighters" had morphed into the terrorists who made this all possible.

This new "war" was partially the result of post-World War I colonialism, when maps were redrawn to suit the colonial powers without regard to history or tradition, and partially the product of the Cold War where each side tried to pit some country or group against the other not just for military advantage, but mainly for economics. This fanned the flames of long suppressed nationalism, tribalism and religious zealotry; something the West and East were woefully, if not willingly, ignorant of. What mattered was access to natural resources, a cooperative government, and profits.

A few decades earlier, due in part to economic growth and declining birth rates, Europe---especially Germany---began importing huge numbers of Muslim Turks. Nowadays, thanks to the not just the instability of the Middle East but also due to short sighted policies on immigration, Europe has been subjected to a defacto invasion from Africa and the Middle East by mostly poorly educated Muslims who are more intent on drawing off of Europe's once famously generous social system rather than contributing to it. The result has been as serious and near crippling drain on the tax supported social safety net; feeding the illusion that democratic socialism was a failure.

In addition, because of timid politicians, these "migrant" invaders increasingly demanded change and a new conformity such as all women being covered, prohibition on the sale of pork products or alcohol, restrictions on owning pets, and so forth. They have been making increasing demands for the capitulation of democracy in favor of their more repressive religious laws. Amid all of this, violence has been rampant with both the police and government authorities terrified to respond, so they blame and punish the victims. Worse, they knowingly lie and/or suppress the facts about the crimes as well as prohibit negative reporting. Thus, we are witnessing the willing suicide of the West, at least in Europe, due primarily to political cowardice, which has imposed a form of self-punishment of anyone who chooses not to go along with the suicide.

Part of the problem is the native population of Europe itself. They have the real power here. Not the migrants groups. Not the news media which cooperates in hiding the truth. Not the government and its spineless politicians, who are both short sighted and afraid to act. So they cover up the truth and bully the victims. The people have the ultimate power and no government can stop that. The only thing which will save Europe, as well as the West as a whole, are the people themselves. The same thing can be said for the East as well. There has been some progress such as banning burqas in some countries, but that seems to have come too little too late. 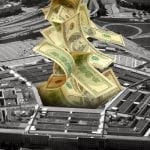 In America, the government and military are happily funding and fighting their never ending (and profitable) wars. Meanwhile, we are seeing our nation increasingly divided through manufactured differences. Political extremism now is the order of the day instead of common sense. We have politicians fighting to protect criminal migrants instead of supporting our national sovereignty. Whoever thought that we'd see the day when We the People would have to fight to force politicians, elected to service us, into securing our borders? At the same time, these very same individuals are doing their best to restrict or remove one of our key rights bequest to us by our Founding Fathers, namely the right to own and bear arms.

Some claim that the 2nd Amendment was created in lieu of a professional military. Others think the government can do a better job in protecting us than we can ourselves. A few even believe that if guns are outlawed, the criminals will surrender theirs! Mind numbingly naive. The 2nd Amendment was put in place not just a means for the individual to protect themselves, but for the citizenry to protect themselves from a tyrannical government. It was aimed at giving the people the means to fight and remove a government which no longer represented them. Now, why do you think government would like to get their hands on our guns? Hint: it's not to protect us.

The people of Europe are unable to defend themselves the way Americans are. There are those who would like us to look more like Europe. More "migrants", fewer guns, not to mention restrictions on free speech (censorship), higher taxes, and all with less public input. They have the means to push through their demands. After all, they own the news and entertainment media, which tells us what they want us to know and think. They literally own both corporate political parties, so their political and economic interests are protested. They have made it nearly impossible for third parties and Independents (the nation's largest political bloc) to run for office through ballot restrictions, limited or no participation elections, and access to campaign financing. Of course, with the added aid of "Citizens United", which gives corporation a freehand in financing their favorite party, gerrymandering, and a lack of term limits, they have rigged the election process to the point where they can ignore the voters with near impunity.

This isn't about money. They literally control the world's financial spigot. This is about control. Be it government, the economy and access to the world's resources, foreign policy, or even us. This Oligarchy, the nefarious "they" which we talk about, wants complete control over everything. Slavery no longer involves chains of iron with which to bind you to the land and the owner. Today, it's your debt and credit rating which determine your value to the economic system which is controlled by the Oligarchs. They want to divide us in as many ways as possible. If we're fighting among ourselves, bound by our chains of plastic, like dogs for scraps, then we aren't focused on them. We aren't trying to restore our Republic and the freedoms bequeath to us not by our Founding Fathers, but by our divine right as human beings and citizens of this country as memorialize by our Founding Fathers in the Bill of Rights. We must not become like Europe. We must remain Americans, and we must do whatever it takes to remain such.