Let's Talk About NATO Shall We?

President Trump recently ruffled some feathers while speaking to members the North Atlantic Treaty Organization or NATO. Ruffling feathers isn't anything new for Trump, who seems to take a devious delight in seeing whose golden goose he can drop kick across the Rose Garden. I can't say I blame him. Washington is deep up to its coffered comb overs in special interest muck. However, I was curious to see if Trump was right about this one. Are US Taxpayers picking up the lion's share of the bill needed for Europe's defense? For that matter, should Washington even be spending our money on Europe's military?

Before we get started, let's take a moment to remind ourselves why NATO was created and what it's all about. Historically, Europe had long been a continent interlocked by a complicated network of treaties and alliances which ebbed and flowed like Seine or Danube rivers. Today's friend was tomorrows arch-nemesis. This system of alliances reached the status of an art form under three key statesmen---Charles Maurice de Talleyrand (1754 - 1838), who career as French diplomat and foreign minister spanned decades, from King Louis XVI through the French Revolution, Napoleon, King Louis XVIII and Louis-Phillip. Known to be as brilliant as he was duplicitous.

Next was a younger contemporary, Klemens von Metternich (1773 - 1859). Von Metternich was Austria's Foreign Minister who represented the victorious powers following the second defeat of Napoleon. His diplomatic maneuvering resulted in the creation of the "Metternich System" of interlocking treaties and alliances designed to prevent any future "Napoleon" and ensure peace in Europe. The last, but less important diplomatic chess player was Prussia's Otto von Bismarck (1815 - 1898). Von Bismarck served first as the Minister President of Prussian, and then later as Chancellor of the German Empire; an empire he largely created himself.

All three men attempted to create a network of alliances designed to benefit their particular country just as any diplomat then or now would. But, given Europe's long history of bloody wars, also sought to create a system whereby war would become too costly economically and militarily to wage, and for a brief time, it held. However, Europe came to be dominated by lesser men with greater egos. Their systems were undone in one form or another. World War One all but destroyed any notion of wide ranging interconnecting alliances (in fact, it was misused of the existing cross-nation alliances which was to blame for the continent wide carnage). Out of the "Great War" or "War to End All Wars" as it was known, a more restricted system of alliances arose. However, these new political arrangments were little better and helped set the stage for next State sanction murder spree, World War Two.

When that war ended in 1945 to the tune of 60 million people killed or 3% of the world's total population (when disease and famine are included, that number jumps to 80 million). No sooner than the war ended, the stage was set for the next confrontation, the Cold War. Without going into the details of what happened, the former allies formed their own armed camps, with the USSR and the countries it "liberated" from the Nazis on one side, and the US, Great Britain, France and other countries freed from Nazi occupation on the other (China aligned with the USSR, but it's interest remained centered in Asia).

The first to formalize their "mutual defense and cooperation" agreement was the West in July 1948, which originally included the United States, France, UK, West Germany, Holland, Belgium, and Luxembourg. Later, Italy, Portugal, Norway, Denmark, Greece, Spain, Turkey and Iceland joined (France withdrew in 1966 and rejoined in 2009). Its purpose was to deter what was seen a aggressive and expansionist USSR, especially amid Communist uprisings in various Western nations such as Greece and Italy and Stalin's refusal to allow free and monitored elections in the countries where it now occupied.

In response, the USSR created the Warsaw Pact in May 1955 as a counterbalance to NATO (interesting, the USSR actually requested to join NATO January/February 1954 and offered to allow a German reunification. The offer was rejected at the insistence of the UK's Anthony Eden and America's John Dulles and France's George Bidault). Originally, the Warsaw Pact consisted of the USSR, Poland, East Germany, Albania (which withdrew in 1968), Hungary, Romania, Bulgaria, and Czechoslovakia (the impetus for the creation of the Warsaw Pact was Czechoslovakia's fear of a rearmed, albeit truncated and monitored, Germany. As such, it sought a military alliance with Poland and East Germany).

While the Warsaw Pact was formally dissolved on July 1, 1991, which also marked the end of the Cold War, NATO continues to operate as it always has done, but why? Its sole purpose, to defend Europe from a possible Soviet invasion, has vanished. I need to point that that since the fall of the USSR and end of the Warsaw Pact, many of its former members have opted to join NATO, including Poland, the Czech Republic, Albania, Bulgaria, Croatia, Slovenia, and the Baltic States of Latvia, Estonia, and Lithuania.

We also need to be reminded that US support of NATO was due largely to add our economic and military weight to a Europe which was still struggling to recover from the Second War, now 73 years past, is no longer valid either (in fact, Germany, now reunified, is ranked as the fourth largest economy in the world, with the UK and France ranked 5th and 6th respectively). Militarily, each of the NATO members work in cooperation in developing, manufacturing, and deploying military equipment, so why are we there?

Newcomer nations such as Poland has anted up with just over $10 million dollars, which is equivalent to 2.0% of their GDP, while Romania provides $3.6 million; 1.8% of it GDP. The Czech Republic gives a little over $2 million dollars to NATO and Hungary sends $1.4 million dollars, which is equal to 1.1% GDP for both countries. Other members nations provide a lot less in terms of actual dollars, but in many cases, it still represents a substantial portion of their GDP. Bear in mind that while these percentages of GDP don't seem like a lot, they represent the final values of all goods or services at the time of purchase. In this case, this the equivalent of capital being taken out of the economy and being given to nation rather than reinvested back into the economy. For larger countries, this doesn't really have much of an overall effect, however, for the smaller nations or the ones in serious economic trouble like Greece, it's a big deal.

Now, I bet you'd like to know where the US stands in its contribution to the defense of NATO wouldn't you? Well, here you go. US Taxpayers pony up just under (barely) $686 million dollars (yelp, you read that correctly). That represents a whopping 3.6% of our GDP (remember, the next closest country is UK which provides just over $55 million dollars or 2.1% of their GDP). That's a pretty substantial difference any way you want to look at. So, again I have to ask why? Why are US Taxpayers on the hook for maintain a military organization for which we get very little bang for our bucks?

The prime purpose of NATO, to defend against the USSR, no longer exists; in fact, if you look at the new member nations, many of whom are former Warsaw Pact members, Putin's Russia is pretty much surrounded on practically all sides. Militarily, Russia is in a far worse position than it was at the height of the Cold War in the early 1960's, or even in 1990 when it ended. So, while President Trump may have (in his usual fashion) overstated America's position with regards to NATO, there is no question that we pay far more than any nation. In fact, with a published budget of $946 billion dollars, NATO couldn't function without us; at least on the scale that it does, but does it even need to?

In 1949, when NATO came into existence, the USSR was indeed expanding. It had gobbled up most of Eastern Europe. It was looking to expand in Africa, South and Central America, Cuba, and (in conjunction with China) into Asia; notably Korea and, later, Vietnam along with Laos and Cambodia. It was also seeking to expand, at least its influence, into space. In some of these areas, it was successful, however, in most, it failed for various reasons (including CIA sponsored coups and assassinations not to mention "backdoor" support of various groups). However, Europe was still weak. The war had just ended only four years earlier, and while both sides had nuclear weapons, their range was still limited. 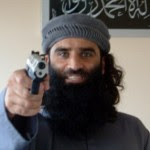 Today, either side can drop multiple bombs anywhere it pleases. The likelihood of a conventional invasion, especially of Europe, is all but non-existent. Modern Russia is all but surrounded by NATO member States (which, in my opinion, is actually a far more dangerous situation than in pre-1990). Of course, there are many today in high places who are busy trying to rekindle the Cold War; it's like they need a super enemy to match their military super state. Personally, I don't see the point. There are other, potentially far worse, issues facing not just us as a nation, but that of Russia and especially Europe right now. Perhaps it's time to put NATO to bed and start addressing those issues.

The World's biggest economies in 2018

NATO vs. Warsaw Pact: How the Ultimate Cold War Showdown Could Have Killed Millions