Identity Politics: The Politics of Selfishness 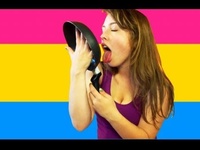 Identity Politics. The politics of the Self-serving. Politics based on a single issue or single set of interrelated issues. What is it exactly and how does it affect the social and politics landscape? What's now known as "Identity Politics" emerged out of the splinter groups that formed during the late 1960's and early 1970's, which also coincided with a break from the "revolutionary" Civil Rights and Anti-War political movements which actually began in the late 1950's and early 1960's "Beatniks" movement. To be more specific, the Beatnik Movement in the late 50's and early 60's produced a mindset which tended to "anti-social". We saw it in the activist movements such as the "Freedom Riders" which began to convalesce around the Jim Crow laws, which were prevalent in many of the Southern States, and ultimately led to the Civil Rights Movement of the early to middle 1960's. Labor unions and many religious institutions became more engaged in these movements as well and pushed for changes in employment practices, voting equality, equality of pay across gender lines, and so forth. This same "anti-social" movement was incorporated into the arts, such as the folk rock music of that era or various movies ( 1955's "Rebel With A Cause" starring James Dean and Marlon Brando's "The Wild One" from 1953 or his 1954 "On The Waterfront " as well as Sidney Poitier performances in 1967's "To Sir, With Love" and "Guess Who's Coming To Dinner" all come to mind).

Eventually these movements merged into a social movement which rejected past practices from Washington regarding a whole ranges of issues, which , by the early 1970's came to included the environment, the treatment of Native Americans, Urban Renewal Projects which sought to remove blighted areas and replace them with safer and more modern public apartments (including dropping the name "projects" in order to salve over any negative stigmatism, imposing hiring quotas such as Affirmative Action and equal pay legislation. Much of this evolved out of President Lyndon Johnson's "War on Poverty" initiative, and included food stamps, welfare, WIC, and free medical clinics for low income families. As time passed, the "radical" aspect began to dissipate from these various causes and a more self-centered attitude began to replace it, resulting the phrase of the time as "The Me Generation". However, the movement aspect hadn't completely disappeared. It was during this point, which was approximately the middle 1970's, that the feminist and Gay Rights movements blossomed.

Fast forward to now, the grandchildren of this---my---generation, known collectively as the Millennials, have stepped forward to create and promote "Identity Politics", which first began to appear around the election of Barack Obama as America's first bi-racial President. The fact that Obama considers himself to be black gave rise to the expression of "self- identifying". Thus, Identity Politics is the self-identifying of basically whatever you choose---straight, gay, bisexual, post or omni sexual, or something with "oppressed" often added, to include perhaps a gender (i.e. feminist) or race (black, Hispanic, Asian), maybe body size ("plus size" or "extra petite"), and so forth. It is promoted through protests, shouting down speakers and opposition to free speech in general, traffic blocking, riots, and the occasional race baiting by a loosely based group which anointed itself the "Social Justice Warriors" or simply the SJW, which includes the ironically named Antifa (for Antifascist) and Black Lives Matter (BLM). Based, therefore, on whatever designation chosen, they believe that they can ridicule your political position. However, there is one caveat that I intentionally didn't mention---Whiteness. Each of these descriptions mentioned above must be juxtaposed against what is termed as "White Privilege". If you're like most people, you have to stop and ask yourself "what privilege?". yet the very fact that you do have to ask yourself that question is considered to be an admission of privilege by default. 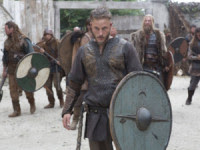 Essentially "White Privilege" is defined as the built in advantages one has because whites have been the dominate racial group of this country. Specifically, white males from Europe (especially Western Europe). It was exclusively their customs, traditions, and laws which were imposed on not just the indigenous population, but all subsequent populations which came here either by force or choice. It was this dominance which led to the establishment of patriarchal society based on mostly Western European norms. As a result, women were relegated to a second tier status as homemaker, wife, and mother, while men were the bread earners, owned all real property, could vote (it should be noted that originally, this applied only to land owners regardless of gender and members of a State approved religion). The male of the household made all decisions as it related to the family, while the wife was in charge of "home and hearth". Other races, Native American, black, Asian, etc were reduced to a third class status(even though some of the other social conventions applied to their society as well, and would continue within their sub-group). As society in the US evolved, much of these social norms stayed more or less the same, at least up to the relatively modern times, beginning more or less around the 1864 and Lincoln's Emancipation Proclamation and then in around the turn of the 20th Century and the Women's Suffragette Movement. 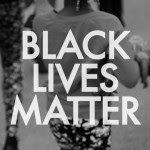 The Identity Movement looks at each alleged societal infraction, be it race, gender, or whatever, as cause to corrected by those deemed "guilty" of the crime. And who might that be you ask? Whites of course. Whites as a whole are responsible for slavery for instance, and thus owe some form of reparation in the form of a tax break, or a imposed tax on whites, or a cash settlement.
Naturally, whites didn't start the institution of slavery, which is as old as Mankind itself. In fact, every people on the is planet have either engaged in or were subject to some form of slavery. Again, the white male social establishment is (allegedly) responsible for holding back those who adhere to non-traditional gender roles while holding back women in the workforce through glass ceilings and pay equality discrimination. At the same time, the while males dominated society is responsible for imposing unrealistic female body stereotypes, not to mention indirectly directing little girls into certain "acceptable" roles. Even commercialization is at fault with girls wearing dresses and playing with dolls and "Suzie Homemaker" cooking stoves while boys wear pants and play with soldiers or are encouraged to be doctors, firemen, and such. For years, boys took shop class while girls were directed into home economic classes.

Thus, Identity Politics is group oriented and purposes that its "liberation" can only be achieved by the group itself, and with the acquiescence of a self-depreciating majority. By that, I mean that the only way the oppressed group can liberate itself, it's though the cooperation of its target group, which in this case would be majority whites since they "control" a closed society. However, to do this, the dominant group has to be made to feel guilty of whatever slight they're being accused of. Think of it as a confessional of sorts. You have to accept that you are guilty of some "sin". Then in order to relieve yourself of that guilt, you have to first acknowledge the sin and then compensate for it in some way. Sounds pretty good if you're not on the "guilty" side of the table doesn't it? 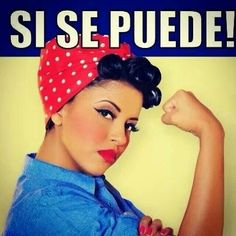 The problem with Identity Politics is that it makes a number of false assumptions. First, it makes the assumption that all members of the offended group suffer the same indignities. Not all women feel they're are "chained to the stove", and not all think they're capped by their gender on the corporate ladder. Certainly they are neither restricted by level of education or by what profession they chose to enter. By the same token, gays and all those who embrace an alternative sexual identity are limited to what they may achieve. Yes, society as a whole has certain set of mutually agreed to social values, especially when it comes to appearance and behavior (I'm talking about, for instance, people walking around with their pants hanging around their knees, certain tattoos and their placement, along with body piercings). Of course, society has advanced to the point where tattoos and some body piercings are socially acceptable whereas a few decades ago they weren't, which is another ill conceived assumption. When it comes to race, again their standard "group think" doesn't hold. Not everyone in a given racial group are restricted from advancement. True, that some are, but usually that's because of some bad choices they and they alone are responsible for.

For instance, take murder rates by race. Yes, blacks have the highest rates while Asians have the least. Why is that? Well, according to various reports, it's because they were killed by other blacks. Same for prison. The majority of inmates are black. Why? Is it because the judicial system is skewed in favor of other racial groups? Or is it because they commit the crimes? Again, statistical data suggest it's the latter. I'm sure it's true that there are some judges who sentence more harshly than others, and there's no doubt there are some bad cops out there but that still accounts for tiny percentage, although it's the most hyped by the corporate media. But let's also consider education.

Among racial groups, Asians have the highest high school graduation rates, followed by whites, with Hispanics and blacks at the bottom. Could it be that Asian and white populations put more emphasis on education than the other two groups? Among black and Hispanic groups who do graduate from high school most achieve middle class status or better, especially if they further their education. How about poverty? While poverty is a factor, it's often not the determining factor in obtaining either a high school diploma or GED (as an aside, in looking at public assistance, more white families---especially single parent households----receive public assistance than any other group).

Identity Politics and their so-called Social Justice Warriors seem to overlook the individual. They see only groups, and then, only in terms of "oppressed" and "oppressor". It also ignores historical societal development which shows that one demographic is usually dominate over another, i.e. paternal vs. maternal, educated vs. uneducated, and so forth. They also forget that people don't fit neatly into blocks. Each groups has its successes and its failure. However, there is one key factor which may be absent. That missing component is the culture of success, and what it takes to succeed---a quality education, drive, self-respect and self confidence. Identity Politics seeks equal outcomes along the lines of totalitarianism while our democratically based society seeks equal opportunities. However, it's been Western Culture that has fostered the intellectual and moral drive which has eliminated barriers to women and other minorities, opened up education to whomever wants it, provided the opportunity to advance in social class, permitted freedom of speech and expression, gave its citizens the right to vote while removing restraints of monarchy or dictatorship, and allowed its citizens freedom of or from religion. Thus, it's been Western Culture which, over time, has consistently remodeled itself into a more inclusive society. This is something that Identity Politics overlooked. What it hope to avoid, in my opinion, is that we have more in common with each other than not.

The National Center for Educational Statistics