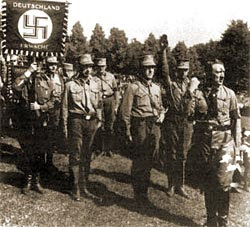 For those of you unfamiliar with World War II history, especially the early years, and the reference in the title, let me give you a brief history lesson so that that we can move on with main subject of this article. The "Night of the Long Knives" was a party and political purge conducted by Hitler and other leading Nazis, including the usual suspects, Goering, Goebbels, Himmler, Hess, and Joseph "Sepp" Dietrich June/July 1934. The purge was against the Nazi paramilitary SA (aka "the Brownshirts") and its leader Ernest Rohm. However, it also included the Left wing members of the Nazi Party, the so-called "Strasserites", led by Gregor and Otto Strasser (Otto survived by leaving the country), former Chancellor Kurt von Schleicher, along with other political, business, social and religious leaders who opposed the Hitler Government.

All told, some 85 were either murdered or forced to commit suicide plus the thousands were arrested although officially, only seven were said to have been killed and few dozen held for "questioning". The purge was essentially as the behest of the traditional army leadership and leading industrial and business leaders which feared the SA as well as the popularity of Rohm, by Nazi leadership. Also, they wanted Rohm and other SA leaders gone due to reported incidents of unprovoked assaults and brawls (that is, those that were unsanctioned), heavy drinking, and homosexuality. It was, however, also believed that Rohm had a great deal of dirt on Hitler and other members of the Nazi leadership, including Goebbels and Goering, that was being leaked to the press and Hitler wanted it silenced.

Now, you may be wondering what this has to do with Democratic Party nominee Hillary Clinton? Well, just this. A lot of people connected in some way to either Hillary or the DNC keep dying, especially under mysterious circumstances. Take for instance 54 year old Clinton researcher and political author Victor Thorne. He was found dead with a "self inflicted" gunshot to his head on August 1, 2016, which also happened to be his birthday and may have involved a gun caliber he didn't own. Then there was attorney Shawn Lucas who filed a class action suit against the Democratic National Committee (or DNC for short) for fraud, resulting from the Hillary email exchanges with then DNC Chairperson Debbie Wasserman-Schultz to fix the nominee process and primaries in order to block Bernie Sanders. Lucas, who was in his mid 20's, was found dead in his bathroom of undetermined causes by his girlfriend on August 2, 2016. Then there was Vincent Fleck. Vincent was believed to be the individual who may have leaked Hillary's medical records which appear to indicate that she may be suffering from dementia. Fleck's death in his swimming pool was caused by a unspecified "event". The death came just 24 hours after Hillary's medical records were leaked to the public. Interestingly, Vincent was the father of Dr. Daniel Fleck, who is Hillary's personal physical therapist. Did he drown? Slipped and hit his head? Who knows?

Let's not forget 27 year old DNC staffer Seth Rich. He was murdered in a park as he allegedly was walking to meet FBI officials with some information he wanted to share about Hillary back in July 2016. Interestingly, the killer or killers took nothing whatsoever from Rich. He was found with his wallet, money, watch, jewelry, and even his cell phone. What makes this even more intriguing is that according to Julian Assuage, the founder and President of WikiLeaks, Rich was one of his informants. That means Seth Rich must have had unique access to specific information regarding Hillary Clinton and DNC, and possibly disgraced former DNC Chairperson, Debbie Wasserman-Schultz. Wasserman, as you may recall, was fired just as the DNC Convention was getting under way for conspiring to rig the Primary and nomination process to ensure Bernie Sanders was blocked according to leaked emails, which presumably came from Rich. 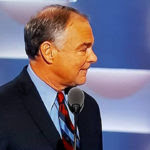 There are others such as Joe Montano, age 47, who was beaten and shot shortly after WikiLeaks began publishing excerpts from deleted Clinton and DNC emails. He was also the aide to Hillary's running mate, Tim Kaine (pictured left. John Ashe, former President of the United Nations General Assembly, who was awaiting trial in a bribery matter related to the Clinton Foundation. His cause of death was a crushed windpipe as a result of a barbell being dropped on his throat in June 2016. All told, there has been 67 known deaths tied to the Clintons. I've included a link below for you to look at. 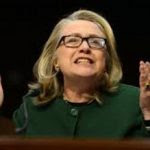 Now, whether or not the Clintons are responsible, either directly or indirectly, with all these deaths, there can be no argument that 67 close associates is a lot of people. There are others who genuinely claim to be afraid that they be next because of what they know or have spoken out about; a few have even left the country. What we do know is that Hillary Clinton has shown a concerted willingness to lie, be it to Congress, the FBI, the corporate media or the public as well as to hide or destroy evidence (her numerous deleted emails as a case in point), her repeated refusals to follow established security procedures which allowed foreign powers to easily eavesdropped in on, which included classified information, which they've publically acknowledged! Russia's Putin even offered to provide the FBI with copies of Hillary's deleted emails during their investigation of her! Seriously! Though to avoid national and even global embarrassment, the FBI declined Putin's offer, they were still able to gather enough information to nail Hillary with 110 potential felony charges, yet still decided not to prosecute. Why?

There is the now public knowledge of her efforts to fix the Democratic Party primaries to keep Bernie Sanders out and then to manipulate convention rules to block Sanders or his supporters. And as if that wasn't enough, the DNC employed "white noise" machines to drown out Sander's supporters and hired individuals off the streets to fill seats and wave Hillary signs after they forced Sander's supporters to leave the convention floor. Finally, there is her complicit involvement with the deaths of Ambassador Stevens and three others in Benghazi as a result of illegal gunrunning through third parties to Al-Qaida and ISIS in order to topple the Assad Government. Again, confirmed through the recovery of deleted emails thanks to some very dedicated hackers. 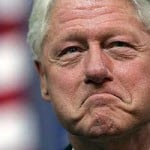 Let's not forget the Clinton Foundation, which has received billions of dollars (and is the recipient of 96% of Bill and Hillary's charitable contributions). Key among these very generous donors were the Who's Who among media moguls, international banks and financial services companies, major drug and agribusiness companies, and so forth. However, what's more of interests is the tens of millions received from Algeria, Saudi Arabia, Kuwait, Qatar, Oman, as well as from Australia, the Dominican Republic, and Norway, not to mention several wealthy individuals, NGOs, and foundations. But the most interesting part I thought was that most of this came while Hillary was still Secretary of State. Huh. Guess no possible conflict of interests there. Of course, I'm sure their donations were all above board and no favors would be offered or sought.

The deaths mentioned above are far more than a tragedy. They represent beacons of light by which we should examine these individuals who want back in the White House. The other events---the lies, the illegal gunrunning, the deaths, and ease by which treason was committed---highlight her character. I suspect that before November arrives and we go to the voting booths, much more will come out, and there is just as likely to be more "undetermined" deaths and "accidents". Perhaps her failing health will solve the problem for all of us, or perhaps Donald Trump's off the rail rhetoric will. But one thing is for sure, while this appears to be more the politics of ancient Rome, this is certainly not my America and I doubt it's yours either.


Another One! Father of Doctor Treating Hillary Clinton for Dementia Dies Under Mysterious Circumstances
http://trendingnewsguide.com/2016/08/13/another-one-father-of-doctor-treating-hillary-clinton-for-dementia-dies-under-mysterious-circumstances/


Foreign Governments Gave Millions to Foundation While Clinton Was Secretary of State
https://www.washingtonpost.com/politics/foreign-governments-gave-millions-to-foundation-while-clinton-was-at-state-dept/2015/02/25/31937c1e-bc3f-11e4-8668-4e7ba8439ca6_story.html