The Great Obamacare Circle Jerk: The Final Round 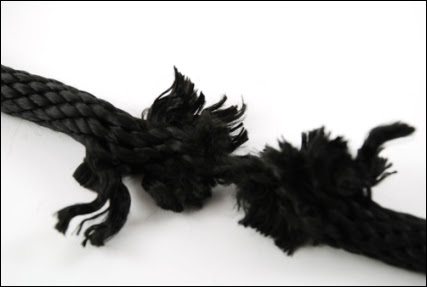 I'm one who really hates leaving loose ends. Call it a quirk of mine. I just like finishing whatever I start, particularly if there is the potential to learn something new. So on that note, let me take you back to a previous article of mine,"The Great Obamacare Circle Jerk", which I posted on April 12. As you recall, I had been stripped of my primary healthcare provider of nearly 33 years by my state's healthcare exchange and forced in to a new healthcare program which I didn't want. My wife and I were completely happy with what we had.

I filed a "Continuity of Care" request, which was submitted to the insurance company's medical review board. I pointed out that my primary doctor and I had a strong and unique relation which stretched back close to 33 years. I stressed that he became the kind of subspecialist I needed as a result of my rather unique set of medical circumstances, and that he was perhaps the only doctor in the area with this subspecialty. He treated me as an equal partner in my care; none of this "godlike" attitude which some doctors are notorious for having. He always listen to my suggestions and read any material I came across, which we'd discuss during my next office visit (I've always taken a proactive stance to my medical care). I also pointed out that if they didn't want to cover this doctor, that I would be willing to pay for the office visit out of pocket.

Although the insurance company assured me it would be only five to ten days before received a response, it was a full two weeks after their ten day limit came and went. Meanwhile, I called every day after the tenth day passed, always getting someone new, to ask if they had made a decision; explaining each time the same events over and over to whomever was unlucky enough to get my phone call. I repeatedly stressed the importance of keeping this doctor, and pointed out that I was in need of an immediate decision since I was getting low on my prescriptions.

It was always on my own initiative in calling them. Never did they ever call me. Anyway, some two weeks after their promised response deadline lapsed, I was finally advised of their decision. According to the hapless customer service representative, my request had been denied. I was told that their decision had actually been made almost a week prior but had just recently been entered into the system. How interesting I thought since each time I'd call I was told that either an email or phone message was being left with their medical review team in change of making the decision. You would think somebody would have the professionalism or common courtesy from this committee (if indeed there really is one) to either contact their own representative for a call back to me or better yet, to call me personally since I asked that my request be treated as urgent, but no.

When I asked why, I'm given a story, which in hindsight, seems a bit farfetched. Accordingly, I was told that the medical review committee designated someone to contact the doctor's office to see if they would agree to accept their insurance. As you may recall from my previous article, my doctor had carried this particular insurance for years, but effective the first of January 2015, would no longer be accepted. I was also advised that I could not pay by credit card or even by cash! Can you imagine being turned down for cash? Well, I was, and now the insurance company is telling me that I'm not allowed to pay cash or credit card for anything medical as it would constitute a "fraud". Admittedly, my first thought was disbelief. I've never been turned down for good ole American greenbacks ever. Then I was hit with the thought, could this be what people mean by the so-called Obamacare "death panels"? You are forced to accept treatment from who they approve or do without. By the same token, they can turn you down for a particular treatment and there is nothing you could do about it or any place you can go since you are "in the system" and there's no recourse beyond the appeal. As for a new doctor, I was given a choice of three---none of which have the expertise that I require. I asked if it wouldn't be cheaper to allow me to see my existing doctor than for me to see a new doctor who was not only unfamiliar with me but unfamiliar with the type of treatment I required? The end result I pointed out could be misdiagnosis, wasted office visits and fees, not to mention useless prescriptions and possible ongoing trips to an immediate care center or even emergency room...all of which they would have to pay for. 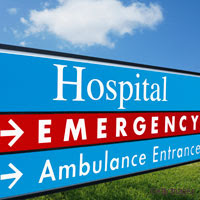 Naturally they "sympathized" with my situation, but stated that their decision was final and there was not further appeals. Since I had previously brought the matter of prescriptions, I was told that certain medicines (including one in particular that I'm taking) could be rejected no matter what it was for or how well I responded to it. To be more specific, I was told that my doctor (whomever that turns out to be) would have to call to get permission to prescribe it each time as long as there was no generic version. Otherwise, they reserved the right to decline coverage of the prescription and/or authorizing a substitute of their own choice (thus overriding the physician). Then they had the audacity to end the call by thanking me for calling and asking if I was satisfied with their responses! I admit dear reader, I've never done well with authority figures, and I tolerate even less bureaucratic simpletons setting in a cube somewhere, who has no clue who the hell I am or cares what my unique medical needs are, making decisions about me---especially my healthcare---based on their bottom line or some profit making arrangement they've made with a drug manufacturer. That just doesn't cut it with me, but there it is.

Right now, we have several local Republicans running for governor; each of whom has promised to either reform, cut back or vanquish our Obamacare based insurance system (for that matter, so are various potential and announced GOP Presidential candidates). Listen, I am absolutely the poster boy for what's wrong with my state's insurance system. It's not the hassle free system that they try to make it out to be, but at the same time, without it, we and others like us would have no coverage at all. The problem here is that it was rolled out without being fully thought through. Two years in, and there are still plenty of bugs, glitches, and administrative "Catch 22" issues, which is where I find myself.

What is needed is something more sensible like a single payer platform wherein everyone receives a basic level of coverage and then have the option of buying an additional "add on" coverage cafeteria style that fits their unique healthcare needs. This could be done either on the open market or through their employer. That way everyone gets to see at least some measure of medical care and small companies, which couldn't afford to offer insurance to their employees, could still remain competitive and those currently offering (or struggling to offer) insurance could cut back on their benefit packages without unduly affecting their employees. Another obstacle which should be removed immediately is a simple one: allow individuals to keep their existing doctors regardless of what package they have. After all, wasn't that President Obama's primary argument in selling Obamacare to the American People---that no one would lose their doctor? Or that we wouldn't lose our prescription coverage? Well, under Obamacare and at least Kentucky's version, that is proving to be a blatant boldfaced lie. Not everyone gets to keep their doctor, even if they're a specialist and no one else is available. And no, not everyone gets to keep their medication unless there's a generic substitute, otherwise, they simply don't get the medication or they're forced into taking something which may or may not work or work as well; even to the point of potentially having a negative reaction to it.

So friends, there you have it. A firsthand account of someone who has dealt with Obamacare and Kentucky's insurance exchange. For

some, perhaps even the majority of individuals, it may work. However, it remains flawed and it has been my experience thus far, that if you happen to fall into the category where you are in some way an exception to their rule, such a requiring a specific doctor, continuing with a specific doctor, or requiring a certain medication, and I would add to that requiring certain medical procedures, you're in deep trouble. The system doesn't allow for exceptions nor do the faceless bureaucrats running system seem to particularly care about your medical needs. Their sole concern seems to be about improving their bottom line, and in that quest, just maybe, is the truth about the so-called "death panels" we've all heard about. Naturally, I'm sure it's nothing personal.