Approximately 15 countries have now restricted travel into and out of countries affected by the Ebola virus; most of these are in surrounding African nations. 7 airlines, including Air France, British Airways, Emirates Airlines, and Korean Air, have restricted air travel as well. Why? Because it makes good common sense to stop the spread of Ebola and keep it out of their country. 2/3 of Americans are not only concerned about the spread of Ebola since its introduction to our shores was authorized by President Obama, but the same percentage---67%---demand travel restrictions be imposed. Good luck with that America. Obama won't even secure our southern border against illegal immigrates. and whatever illnesses they're carrying.

But what the Obama has done, however, is appoint a so-called "Ebola Czar" or as he's officially called the "Ebola Response Coordinator". His name is Ron Klain, and he's the quintessential Washington insider. Mr. Klain is pretty bright boy. He was born in Indianapolis, Indiana in 1961 and attended Georgetown University before going on to Harvard Law School, where he graduated cum laude. His background includes working in the Clinton Administration as the Chief of Staff to then head of the Justice Department, Janet Reno (think Waco). He later worked in as Chief of Staff to Vice Presidents Al Gore and Joe Biden. He also worked on the presidential campaigns of Wesley Clark and John Kerry. Klain has been a senior advisor to Barack Obama, and worked as General Counsel for an Wallstreet investment firm, Revolution, LLC, which was co-founded by AOL's Steve Case. 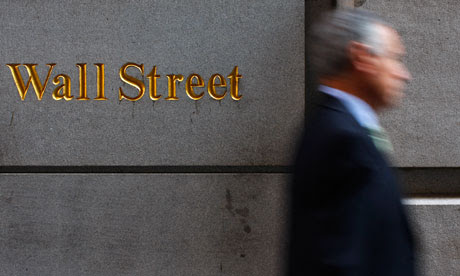 Klain was a chief legal advisor to help Fannie Mae avoid "regulatory issues" just before the big housing market bubble burst and Taxpayers got to pick up the pieces . He later signed off on the Obama Regime's ill-advised $535 million dollar loan guarantee to the now defunct solar panel manufacturer, Solyndra; a loan that US Taxpayers' had to eat.

His wife, Monica Medina, also an attorney, is a environmental activist. She is a former senior director of Ocean Policy at the National Geographic Society. She has been general counsel for the National Oceanic and Atmospheric Administration (NOAA); Principal Director at NOAA; and Special Assistant to the Secretary of Defense

All-in-all, very impressive credentials. I should point out that I mention Medina's background only to highlight her professional background and "insider" resume. However, you'll note that neither has any experience dealing with medical matters. Mr. Klain lacks any background---education or training---in dealing with epidemics, especially of this dimension or even health administration. He apparently has no clue about emergency health management; medical logistics; treatment or prevention; or even emergency management.

In short, Obama has put a bagboy in charge of containing the plague. You would think, when faced with something as contagious and deadly as Ebola, that you would want someone knowledgeable of infectious diseases or emergency medical management to be in charge (and in case you're wondering, the CDC is not in charge. It is serving only in an advisory role, and then only if its assistance is requested. Thus far, it's response have been substandard to say the least). Nope, Obama has given the job of protecting America's health to a political insider and a investment lawyer. Meanwhile, the "Blunder-in-Chief" continues to standby his refusal to issue restrictions on air travel. I'm beginning to wonder if we shouldn't change the name of this plague from "Ebola" to "Obola".

Every Country in Africa...
http://offgridsurvival.com/ebolaclosingborders/

A/O endeavors to remain of the leading national non-partisan centrist oriented political blog. In our ever continuing effort to bring you articles that you want to read, we've come up with a brief survey. If you would, please a take few moments to answer these few questions. If you'd like to add anything more, please feel free to add a comment or email them direct to me at PaulHosse@aol.com. The poll questions are to your top right. Thanks much!