Our current economic system is failing us. We have gone from a prosperous mercantile system based on manufacturing, production, and technology to a debt induced economy dependant on constant consumer consumption financed by rising personal debt. Where banks and other financial markets are deemed "to big to fail" and ordinary taxpayers, struggling to pay their bills amid declining real wages, are forced to pay for the mistakes and greed of others. Meanwhile, government polices continue to take a wrongheaded approach which benefits largely the one percent.

This recent aberration known as a "Corporate Capitalism" has lead us to a near collapse of the economy, the "Great Recession", a massive and unsustainable debt, increased poverty, a nearly decimated middle class, deepening unemployment with little new job growth, and a marked decline in the living standards for millions of individuals. Meanwhile, we're witnessing the largest income gap in American history continue to grow as the rich become even richer while the rest are left clinging by their fingernails to whatever they have left of the "American Dream". The question on everyone's mind is "What can we do about it?" 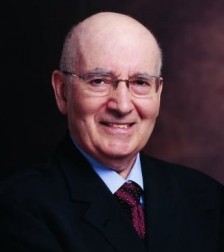 One of the best explanations comes from economist Dr. Philip Kotler, who has accurately described in everyday language what went wrong, who's to blame, and more importantly, what we can do about it in his latest book, "Confronting Capitalism". Dr. Kotler shines a brilliant light on the corrupting influences affecting our economy without all the usual partisan finger pointing, including a clear explanation of our economic strengths, where our weaknesses lay, and how both impact the global and domestic marketplace.

"Confronting Capitalism" is written for anyone interested in a common sense understanding of today's economic malaise; how we got here, where we're going, and how we can turn this around and return America to its economic preeminence while there is still time.