Remember back around the middle of May when the "sheeple" nearly had a meltdown over the Colonial Oil pipeline being shutdown due to Russian hackers known as "Darkside"? People made a mad dash to gas stations trying to fill up their tanks and nearly anything else they could find. People were even showing up with garbage bags and buckets! It was like the run on toilet paper during the early days of the COVID "panic-demic". What ultimately happened was that the producers of toilet part, paper towels and all the other essentials kicked into high gear and for the most part, shelves were kept stocked while the hoarders got stuck.

In the case of the Colonial Oil hack, it seemed like the same old BS all over again, except most folks actually decided to step back and take a breath; they decided to wait this one out, and it turned out to be the right decision. Like the "Great Toilet Paper Shortage of 2020" (which I'm sure we'll tell our grandchildren about someday), other oil and gas producers picked up the slack and everything worked out just fine. Colonial got its servers back online and the gas flowed (it's unknown if they paid the ransom the hackers were demanding, but I have no doubt they backed up their data this time).

Well, the hackers are back. This time it's JBS USA, part of JBS Foods, one of the nation's largest suppliers of meat (especially beef). Just like before, they disabled backup and other security systems before they launched their raid, shutting down JBS's computers. And, just like before, it looks like other producers will step in to pick up the slack (and extra bucks) while JBS works with the FBI and other agencies to get their system back online. In the interim, you can expect a price hike in the cost of beef and pork.

Meanwhile, both hacks are a warning to companies everywhere to not just back up the data systems, but also to have redundancy systems in place which aren't directly tied to the primary system so it can't be shut down as easily, or at least, keep sensitive trade, product, or other secrets elsewhere. 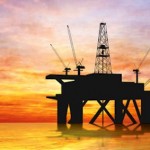 On a unrelated note, I came across an article which hasn't caught much attention, but I found to be highly interesting and just might tie these together. A equity firm by the name of "Engine Number 1" managed to oust at least two, and possibly as many as four,  board members of Exxon Oil (they are still tallying the votes).

What's so unique about this is that "Engine Number 1" is just six months old and relatively speaking, is a fairly small fund; controlling 0.02% of the Exxon's stock, which is worth approximately $250 billion dollars. Engine Number 1 started a campaign prior to the recent board elections, arguing that the current board members were doing nothing for the stockholders or the environment other than maintaining a status quo attitude, and it was time for a change.

Who is behind this small fund that had the audacity to take on one of the most powerful company's in the world? The fund's founder is a man by the name of Chris James. Both he and the others directors of the fund are veterans of the investment industry (James was a co-founder of Andor Capital Management and Partner Fund Management).

James is also a well known philanthropist and, through the James Family Foundation, endows numerous scholarships, conservation and environment programs throughout the country. He also is the chairman of a charitable company called "Tipping Point", which raises money from wealthy donors in the San Francisco Bay Area to help families (and especially children) living in extreme poverty.

James, and a fellow investor and fund partner by the name of Charles Penner, have also been involved in other ventures aimed at creating a more active "social conscientious" in the companies they invest in. Apparently, this is the aim behind their campaign to change Exxon's board of directors.

Although Royal Dutch Shell had previously stated that it would cut emissions by 100% by 2050, the court found that their proposals weren't "concrete enough" and contained to many conditions. The court ruling marks one of the most significant decisions against not just Royal Dutch Shell, but the energy industry in general. Royal Dutch Shell is, naturally, expected to appeal the decision.

So, what does these four events have in common, and what, if anything, do they signify? Perhaps it's just me, but I'm reminded of something that radical 60's organizer, Saul Alinsky wrote in his seminal 1971 book "Rules for Radicals". Alinsky, who is often cited as the bane of conservatives everywhere, was well experienced when it came to dealing with not just governments at all levels, but corporations too.

It was in the chapter "The Genesis of Tactic Proxy" (pages 165 -184) of his Rules book that all this seem to come together. In the chapter, Alinsky discusses using corporate proxies to force changes, be it in the policies of the company, the composition of its board, where it does business, etc. He discusses the possibility using corporate stockholder meetings as a forum to point out changes the company should make.

Brought forward, this tactic could be used  to affect hiring practices (more women and minorities in senior positions), create a flatter pay structure, reinvestment in the community, placement of a new store, or reducing its environmental footprint, so forth.

In the case of the two oil giants, it seems that is just what these investors did. James and Penner created a investment vehicle to change Exxon's board of directors in order to force social and environmental changes. Meanwhile, investors in Royal Dutch Shell used their clout to take the company to court to force changes to its projected emissions reduction.

While the Russian hackers appear to be strictly profit motivated, others, such as Anonymous, were more social driven. Nevertheless, the potential to do both is there. The Russian hackers allegedly stole "trade secrets" and other potentially damaging date in addition to shutting down the computer systems of its targets.

What if a group of hackers were to steal potentially damning information (such as data pertaining to political bribes or backroom deals)  and hold it "hostage" in exchange for changes in corporate behavior or direct donations to some charity or community? Besides being illegal as hell, what's the downside?

Maybe instead of some company stealing free flowing fresh water from locals in some remote area and selling it back to them, they were forced to provide them with water or to dig new wells at no cost? Instead of charging outrageous prices for medicine like insulin, they were "encouraged" to donate medicine to those in financial need?  What about ensuring certain groups are provided with fee free loans or other charges? The same could apply to environmental issues such as a industry based cleanup of waste or land reclamation rather than a taxpayer based one.

Corporations rarely, if ever, do anything which doesn't benefit their bottom line and projects a positive image. Fear of a "stockholder revolt" or a cyber attack releasing sensitive information might be the incentive they need, especially since we live in a society where corporations dominate or own everything, including governments and their politicians (we are, after all, no longer a "Republic", but a Corporatocracy run by a handful of uber-rich Oligarchs), and even though they literally own the media, they can't hide everything! 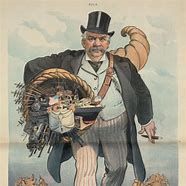 In the 1980's we saw a revival of the old "robber barons" of a century earlier. Some claimed they were doing it for the benefit of other stockholders, but the truth was that they saw a way to make a profit by breaking up companies (some deservingly so) and selling them off to the highest bidder or simply closing others while shipping the jobs to some dirt poor country where people work for pennies in awful working conditions (so much for their altruism).

Perhaps individuals can come together, form investment groups, or elicit the help of investment professionals like James and Pender to force big business to change. Every stockholder, no matter how many shares they own, is entitled to speak at every stockholder's meeting. Who's to say they can't form special interest groups of their own to force changes in policies?

They could use their new found clout to modify the board so that not just more women or minorities are reflected, but so that a certain percentage of board members are actual blue collar and non-managerial employees. In some countries, such as Germany, employees are automatically included on the board; voted on by their fellow employees on a rotating basis. That way, the employees could have an actual voice in company policies which affect them. It could also be more effective than strikes.

At least using corporate stockholder meetings potentially benefits employees, the community, and not just the stockholders, but the stakeholders too. Instead of destroying capitalism as some of the Far Left want to do, this would be an more productive way to create a new form capitalism; a compassionate capitalism.

People know the political system is broken beyond reform. They talk about the need for a systematic change from the ground up, yet as long as the government is run by corporate and special interest elites, nothing will change. Therefore, perhaps we should be looking at changing the corporations which run the government first.

Engine No 1: The little hedge fund that shook Big Oil

A major beef producer was hacked. Here's what you need to know

Colonial Pipeline attack: A 'wakeup call' about the threat of ransomware