We've all heard the advertising slogan, "Things go better with Coke". Well, they may want to update that. Apparently not everything goes better with Coke. I'm talking about a online training webinar entitled "Confronting Racism: Understanding What It Means to Be White, Challenging What It Means To Be Racist" which was promoted by the popular soft drink manufacturer and hosted by LinkedIn.

The online training webinar, allegedly a project of Robin D'Angelo, author of "White Fragility" and was being hosted by LinkedIn, has been removed because of the immediate blowback and negative publicity it caused.  The story about the webinar was broke by Karlyn Borysenko, a psychologist and activist against critical race theory, which is the basis behind "white privilege" and institutional racism.

According to Borysenko, she was sent the screen shots from an anonymous whistleblower at Coca-Cola who claimed that the webinar was part of the company's mandatory diversity program, "Better Together", and had been acquired through the business oriented website, LinkedIn, for their use.

The webinar implied that all whites were naturally born racist, which was reinforced by societal norms. The course encourages white employees to "act less white" and adopt certain undefined behaviors such as being "less oppressive", "less certain", "be less arrogant, and to "break with apathy" in dealing with blacks in general according to some of the webinar's slides (you can read the slides through the links below).

It also encourages employees to "break with white solidarity" which seems to imply that whites act as some monolithic front when it comes to dealing with racism. Another one of the slides evidently told employees to be "less white" in their daily dealings. 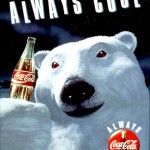 The webinar also appears to imply that racism is a one way street; that only whites are capable of racism. If the term "white" was replaced with "black", "Hispanic", or "Asian", we'd be seeing 24 hour news coverage complete with faux outraged politicians, celebrities, sports figures, and all the empty talking heads on the various news channels condemning the webinar. Lawyers would be lining up around the block to go after Coca-Cola, LinkedIn, and no doubt, the content writer.

LinkedIn has removed the webinar. Ms. D'Angelo has stated through her representative, Caitlin Meyer, that she was not aware that she had been included in the webinar or that the slides had been "re-edited" in the manner presented (particularly as a training course on anti-racism). She also stated that the content presented in the webinar did not properly reflect her work.

As for Coca-Cola, they acknowledge having a diversity training program entitled "Better Together" which was linked with LinkedIn's educational products, but it denies that the courses are "mandatory" (according to Ms. Borysenko, several employees she spoke with said the programs were, in fact, mandatory).  The soft drink conglomerate promised that it would continue to "refine their curriculum".

So, what happened? Ms. D'Angelo denies that either the webinar nor its content was the result of her efforts. In fact, she seemed to be a bit put off by the content of the slides mentioned. LinkedIn, which hosted the webinar, yanked it and thus far hasn't commented. Coca-Cola appears to have got caught with its pants down and minimized any responsibility of the content judging by their brief statement.

There's nothing unusual about companies offering courses on race relations or diversity. I took diversity classes in graduate school and again when I was an adjunct professor. Even when I was enrolled in community organizing training, diversity training was part of the curriculum.

I never had any issue with diversity training. When I was growing up in the deep South during the 1960's and the Civil Rights movement, our classes were already highly diverse. They included Native Americans, Hispanics, Greeks, Irish, Italians, Asians, and had quite a number of black students too.

We had Hindus, Catholics, Protestants, Eastern Orthodox, Buddhists, rich kids and the children of migrant workers. None of us cared. We learned together, got in trouble together, played together, occasionally fought with and beside each other. We accepted our differences as well as our similarities as just a part of life. That's just the way it was, and that's the way it's always been for me.

I've known people from across the spectrum. Most were just acquaintances; people I encountered throughout my comings and goings. A tiny few were close friends, and others I wouldn't piss on them if they were on fire. If you treat people the way you want to be treated, you shouldn't have any problems. I believe that's all most anyone really wants.

As for diversity training, it's to help expose people to different races, cultures, religions, and values. Anything which can help us get along together I'm all for. However, I do have an issue with trying to blame any race or singular group for our problems. Usually it takes two to tango.

Racism is not a solo sport. It works both ways. Yes, there are white racists, but there are black, Asian, and Hispanic racists too. Hatred is, sadly, open to all. Racism and discrimination have always existed, and to some degree, will likely continue to exist for some time to come.

Racism and discrimination have been a part of the human condition since the beginning. Both developed out of our tribal beginnings. It was likely due to our sense of competition, be it for shelter, resources, or reproduction. We are hardwired to seek out the familiar and reject what's different. We also seek out approval and reaffirmation of our beliefs and values, which became, over time, our traditions and eventually, part of culture and self-identity. Adaptability has been our secret power. It's what has enabled us to survive everything from wooly mammoths, cave bears, and saber tooth tigers, to plagues, wars, and climate change.  Experiencing and accepting diversity is part of that adaptability. However, trying to claim that racism or discrimination is a one way street isn't. It's an attempt to project our successes or failures onto someone else.

The barriers of the past are for the most part gone. Yes, it's taken time; far too much time. There are still barriers out there. Women are still not treated the way they should in the workplace for instance, yet they make up almost 58% of the workforce. They are too often denied supervisory or senior management positions. They still aren't paid the same as men for doing the same job.

People who are LGBT are still frowned on. Personally, I don't care what your sexual orientation is. In fact, it's none of my business any more than mine is theirs. I certainly don't think it has any part to play in academia or the business world. The only thing that matters is their personal conduct and their professional performance. 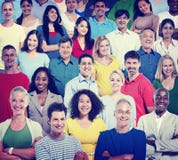 People should be hired or promoted because they have proven experience as well as the right education and skill set. Most of all, because they have the right attitude to get the job done and can be counted on.  By the same token, companies should never hire or promote anyone just because it looks like a good PR opportunity. Ultimately, they do both the individual and the company a disservice.

Finally, this. We all belong to one race---the Human race. We are the lone survivors of millions of years of evolution. Just 300,000 years ago, nine humanoid species walked this earth.  We're all that's left, and we have the wherewithal to wipe out every living thing on this planet (with the possible exception of cockroaches) within a matter of minutes.

Though we're just a single race, we belong to different branches on the same family tree. We have our differences, just like they are differences between cousins within the same family. Some of us have darker skin or lighter hair. Some have blue eyes, and others have green eyes or hazel eyes, while the majority have brown eyes.

We have different cultures, traditions, values, and religions. That doesn't mean one is worse or better than the other. It just means we developed these civilizing factors based on differing environments and experiences.

However, we also have much more in common than not, such as our love for our children, appreciation for our elders, a need to protect things and individuals which we value, as well as a distain for certain types of behavior such as theft, murder, or lying.

Diversity training is suppose to expose us not just to dissimilarities, but also to our similarities. It's meant to teach us as much as about what we have in common than not. I don't know who was responsible for this webinar (which, it would seem, were altered to enhance our differences and encourage racism rather than consign it to junk heap of the past).

I'm a little disappointed of the relatively few whites who objected to the webinar and lack of coverage by the media. Had some other race been used, I have no doubt that there would have been just as many (if not more) whites objecting as the race in question and it would have been all over the news.

Yet, it appears that few minorities objected to the webinar's message that white employees needed to be more subservient and to act "less white" or that whites only should be required to take diversity training. If diversity training is about anything, it's learning to get along. Thus, shouldn't everyone participate?

When it comes to racism, or discrimination in general, we need to have each other's back. This is especially true when you realize that America is no longer a single race dominated society.

America is becoming a nation of minorities with no single group having a singular dominance. Whites and Hispanics will hold a near parity, followed by blacks and then Asians. However, within a few decades, Asians may dominate in some areas; blacks in other areas.

Ebonics.
Remember that FAILED experiment all dressed up as a racial "equalizer"?

This MANDATORY "diversity" training is nothing more than MORE PC crap running amok.

BUT as long as folks work for the Corporate America oligarchs, this stuff will continue to happen.

Hats off to the "white folks" who exposed this form of corporate bullying.
And shame on black folks for tolerating this !

The racial divide keeps getting wider and wider with stunts like this.