Chinese Flu or COVID-19: What's in a Name? Politicizing the Flu

Apparently the Left and "mainstream" media is miffed with President Trump by his referencing of the COVID-19 virus as the "Chinese" virus or flu. They claim that Trump isn't being "sensitive" to people of Chinese origin or even to those of Asian ancestry in general. Some media outlets have gone as far to not only denounce the president for using the term, but have stated that they will not use the term "Chinese virus" in their reporting. Instead, they will solely use "COVID-19" when discussing the virus.

Of course, these are the same media outlets which refuse to use the correct term "illegal immigrants"; choosing instead to call those who are illegally in the country politically correct term "undocumented" immigrants or workers. We certainly don't want to hurt the feelings of those breaking the law now would we? Then again, the media has been criticizing nearly everything Trump has done starting with his election as president from literally day one, so I can hardly say I'm surprised.

Meanwhile, Xi Jinping, the Chinese General Secretary and Paramount Leader, has been trying to persuade other countries and their media to call COVID-19 the "American virus", claiming that the virus was the product of the CIA and was smuggled into China through either a CIA spy or unwitting tourist (perhaps someone of Chinese ancestry returning to visit friends or family or someone going to China on business, especially in light of the ongoing trade talks between the U.S. and China).

However, the Paramount Leader hasn't made much headway with his argument except among his closest allies like North Korea and Iran which is to be expected (frankly, I'm a little surprised that CNN and similar news outlets haven't followed suit). While the Chinese have severely clamped down on news in China about the virus, and especially its origins, best evidence at this time would seem to confirm that its origin was indeed the Wuhan Providence of China, which, interestingly, is also the location of a Chinese military biolab. 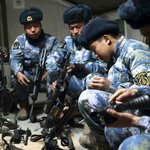 Personally, I think that the virus somehow accidently got out and began infecting whatever it came in contact with. Without any contradictory evidence, I suspect it was not done intentionally. However, given China's infamous internal secrecy, we'll likely never know. Also, given China's recent aggressive activity in the region, especially the China Sea and Indian Ocean, not to mention tension between the U.S. and China over trade issues, I can see where Xi Jinping is concerned about this killer virus being called something like the "Chinese flu" and how it would affect their already sketchy international image. But how much should this really matter?

First of all, the virus originated from China. Whether it was the result of an escaped virus from a Chinese military laboratory or entered the country from some unknown point doesn't really matter. The fact is that China is where the virus first came to the world's attention (Wuhan Providence to be specific). That's why it's called the "Chinese" virus or flu. If we look at other diseases or viruses, it's no different. Let's take "German measles" as an example.

German measles, or more properly, Rubella, is a virus which causes similar symptoms as the flu plus a rash and is highly contagious. It was originally thought to be a type of scarlet fever. However, in 1814, three German scientists were able to correctly diagnose that the rubella virus as distinct from both measles and scarlet fever. As a result, the virus was called "German measles" after the three German scientists who made the discovery, and as far as I know, Germans weren't offended by the name and the media commonly used the term (and still do).

As an aside, there was a German measles epidemic in Australia in 1940, and a pandemic affecting first Europe and then the U.S. between 1962 and 1965. Between 1964 and 1965, the U.S. experienced some 12.5 million cases of rubella which caused several thousands of deaths and physical disabilities such as blindness, deafness, or affected mental development in children just in America alone and millions worldwide. In 1969, a vaccine was finally introduced. By 2015, the U.S. declared it had eradicated the rubella virus, along with smallpox and polio.

One of the most lethal viruses was the Spanish Flu, which affected as much as 40% of the world's population just as one of the bloodiest conflicts in human history, World War One, was coming to a close. Although we'll never know for sure, it's estimated that between 20 and 50 million people died of the Spanish Flu compared to 17 million who died as a result of the war. So, did this deadly virus originate in Spain?

Actually, no. It was the fact that the virus first made worldwide headlines in Madrid is how it got its name. No one knows for sure where the virus actually originated. When it was first reported in May of 1918 in Spain, it was assumed by the Spanish that the virus had originated in France and was thus called the "French flu" in Spain and neighboring Portugal.

Since there was a global news blackout as a result of the war, people were restricted in where they could get international news. Thus, since Spain, which was neutral, was one of the few countries where news stories were still readily available worldwide, it was assumed that the virus had first originated there (especially since Spain's King, Alfonso XIII, was reported with having come down with this strain of the flu). However, there is no indication that Spain was in anyway responsible for the virus.

It's worth noting that in addition to France, that China and Britain were thought to have been the origin of the virus at the time as was the U.S. since the first case was reported at a U.S. Army base in Kansas on March 11, 1918---two months before the virus had worldwide headlines in Madrid! Also, since this was the age of empires, remember that France, Germany, Spain, Great Britain, Portugal, and even the United States all had a global presence, including Asia. Thus with global trade and travel even during war, it's possible that the "Spanish flu" could have originated almost anywhere.

What about MERS? MERS-CoV is another lethal virus. Similar to COVID-19, it affects the respiratory system as well. Approximately 35% of those exposed have died worldwide. That's between three and four per ten individuals. But did you know that MERS is not its actual name? The virus is actually known as the Middle East Respiratory Syndrome Coronavirus because it was first identified in Saudi Arabia in 2012, not because that was where it originated. Nevertheless, the largest outbreaks have occurred in not just Saudi Arabia, but the United Arab Emirates (UAR) and South Korea.

Strains of the virus have been identified almost worldwide, including Egypt, Oman, Iran, Jordan, Qatar and other countries in the Middle East along with China, Turkey, the UK, the Philippines, and the United States. However, 80% of confirmed cases centered in Saudi Arabia (principally as a result of contact with infected animals, especially camels through camel meat, urine, or milk, and inflected humans). Nevertheless, despite being contagious, since 2012 there has been under 1000 deaths reported by the World Health Organization (WHO) worldwide.

Another particularly virulent virus of recent is the Asian Flu, also known as the Avian or bird flu, which is similar to other forms of the flu including the horse flu, the dog flu, swine flu, and the ordinary human form of the virus. As an aside, in discussing these viruses, it's worth nothing that there isn't one kind of influenza or flu. There is actually three--"A", "B", and "C". "A" is the one most familiar to us. It can be passed between animals and humans. Type "B" is species specific while type "C" affects humans and pigs (there is a similar physiology between humans and pigs which is why it's easy to do transplants using pig organs). Only Types "A" and "B" can also cause epidemics or pandemics.

The first documented case of bird flu, also then known as the "fowl flu", was in 1878 in the UK. It was in 1996 that the first jump between birds and humans is thought to have occurred. In this case it was from infected chickens to humans and happened in Hong Kong (hence the name "Asian flu"). It also affected cats because, well, cats eat birds. By 2003 there were approximately 700 cases in 15 countries of HPAI-H5N1, as it was being called, reported to WHO; primarily in Asia, Europe, and the Middle East. It went on to eventually affect 60 countries, including the U.S.

Eventually the bird flu was contained through a combination of improved sanitary conditions, biosecurity (including culling of infected birds), mass inoculation of the flocks, improved ventilation where the birds are kept, and protective clothing for anyone who comes in contact with birds. Other changes have also been implemented, some of which included ending or modifying centuries old traditions. However, with these changes it appears that the bird flu has been successfully contained.

Various strains of influenza have been with us since the beginning. It's almost impossible to say when or where any particular strain originated, especially in this day and age where global trade and travel has become to integrated into society that it rarely causes any notice. President Trump's use of the terms "Chinese flu" or the "Chinese virus" doesn't reflect any racial or politically derogatory connotation of China or those of Chinese origin as alleged by some of those on the Left and much of the so-called mainstream media. It merely reflects the possible origin of this particular strain of COVID-19.

However, it does appear to reflect an attempt to covertly or even overtly bring into question both Trump's handling of the situation and his character by implying that he is in some way making a racial slur or negative political comment about China. For that the Left and the media should be chastised. While partisan politics is to be expected, in this time of national crisis one would expect the petty partisan bickering to be put aside for the sake of the nation, at least on this topic.

As for the media, their job is to report the news in a way that's balanced, fair, and honest. That means not playing partisan politics, especially when the sole aim is to discredit a president they happen not to like, again, especially during a time of national crisis.

I can hardly imagine news outlets doing this to President Franklin D. Roosevelt during the height of the depression or just after Pearl Harbor or Kennedy during the Cuban Missile Crisis. Hell, as much as they ridiculed President George W Bush, they at least showed some respect following 9/11 in how he handled the situation. Is it any wonder that the majority of Americans---72%---have no faith in the media?

This is a time when all Americans need to put aside their partisan politics and manufactured divisions and come together as one. If we can't do that during a national health crisis of this proportion, then perhaps America as a country is finished.


Origin of the Spanish Flu