Gerrymandering: Herding the Sheeple or How to Nullify the Vote Without Really Trying 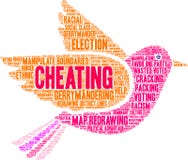 In my last article I wrote about the need for term limits. Voting alone no longer works, thanks to partisan gerrymandering and near unlimited funding of campaigns, politicians, and political parties by corporations (thanks to the Supreme Court's "Citizens United "debacle"). Between the three, voters have very little chance of removing corrupt or ineffectual politicians of either political party from office.

With no hope of changing the situation, voters have expressed their frustration in several ways. The first, and most obvious way, is that they simply choose to stay home. After all, why go the polls and vote when you know going in that the deck has been stacked against you? As a result, approximately 45% of those registered to vote don't. In the 2016 Presidential Election, 55.7% of registered voters showed up, which is pretty good. But the other side of that also means that just under half didn't.

Secondly, about 25% of Americans eligible to vote haven't even bothered to register. Meanwhile, countries like Malta and Belgium have a 95% voter turnout. India, which is the world's largest democracy with 911, 950,734 registered voters, had in 67.40% turnout in its May 2019 elections. Kind of embarrassing isn't it? Others have simply walked away from both corporate controlled parties which is one reason why Independent have been the dominate political demographic since 2008.

Of course incumbents and their respective parties love low turnouts. The fewer voters turning up at the polls mean that controlling the outcome is that much easier. Term limits, however, are not a panacea to fix our broken political system, but it is one important piece of the puzzle. Another tool that we need if we want to restore our Republic is to end partisan gerrymandering.

As an aside, the Republican firm, McLaughlin and Associates, a national survey research and strategic services company, conducted a poll in 2018 to see what registered voters thought about term limits. They found that 82% of those polled wanted term limits. This included 89% of Republicans, 76% of Democrats, and 83% of Independents. Not only that, but it seems race didn't matter either. 86% of whites favored term limits as did 70% of blacks and 72% of Hispanics.

In 2017 there was a survey conducted by the bipartisan group Campaign Legal Center (CLC). They wanted to know what people thought about gerrymandering. Perhaps not surprisingly, 71% of those surveyed want to end partisan redistricting of voting districts. But before we get into ways to stop this form of vote suppression, we need to talk about what gerrymandering is.

Pretty much everyone has seen a map of their voting district. Often they twist and turn; reaching here and there, and not making any sense whatsoever. Well, to those who hold power, they make perfect sense. It is, after all, how they keep power. To be more specific, gerrymandering is a way in which both of the corporate controlled parties are able to draw or redraw districts in a way to gain or keep control over a particular voting district.

They do this by drawing districts where voters are most likely to vote for their party's candidates. To do this they routinely break up neighborhoods by including or excluding certain types of voters, be they Democrats, Republicans, as well as low income, high income, and so forth. In doing so, they implicitly discriminate in various terms such as race, gender or education. As a "fun fact", with the majority of Americans now registered as Independents, each party tries to stick the other with the political "Old Maid" to help skew their opponent's numbers. 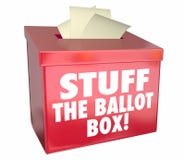 The end result to all this is that it enables a party to increase their chances of securing and keeping their party's hold on an office in a given area by several percentage points. Think of this way. Instead of voters picking who they want gerrymandering enables the parties to pick the voters who are likely to vote for them. Gerrymandering, along with near unlimited funding of parties, politicians, and campaigns, along with unlimited terms make up the illusion that you and I actually have a choice when it comes to voting.

Gerrymandering can, however, be eliminated, thus restoring some balance back to our elections. First, you need to understand that there's nothing in the Constitution or Bill of Rights about requiring gerrymandering. In fact, there's a great deal which actually opposes gerrymandering; even making it unconstitutional since it denies some from having their voices heard not to mention denying equal representation. So "how?" you ask. Well, I'm going to tell you how.

What we want...and need...as a country is for all citizens to be heard. Therefore, what we need to do is create districts in which everyone gets an equal say in who we elect. We can do this by creating non-partisan commissions to redraw voting districts which are more reflective of those who live there. A Independent Redistricting Commission (IRC) is separate from state legislatures.

IRCs are required to be transparent by publishing all their data research, holding public meetings, provide full disclosure of all contact by lobbyists, corporations, or politicians. The IRCs look at neighborhood compositions, including income levels, race and ethnic groups as well as registration to ensure balanced representation. The public is encouraged to submit information about their district to the commission, including proposed district maps.

Think IRCs could never work? Well, actually they do! In fact, voters in Colorado, Utah, Missouri, and Michigan have already approved the creation of IRCs while voters in California, Arizona, and Iowa have created similar types of commissions which have removed career politicians and their parties from the redistricting process.

Similar to an IRC, universities can be selected to create non-partisan districts as well. Typically the redistricting is performed by the mathematics departments using proprietary algorithms and data provided by the U.S. Census Bureau. It wouldn't hurt, in fact, if the process be periodically rotated among different universities or colleges throughout the state in order to further ensure total impartiality.

There are some other options we should consider as well. One is called Open List Ballots. Candidates are listed together on a ballot by party. Voters can choose any of the candidates. The top vote getters win and the party gets a proportional number of seats based on the number of votes their candidate(s) receive. Another option is Cumulative Ballots. Voters get three votes each. They can assign their votes however they want. The top vote getters win. In both of these examples, five districts were combined into a single district so that the top five vote getters (one from each of the old district) win.

A third variation and one of the most popular is called the Ranked Ballots. Here, instead of just marking the ballot for the candidate of your choice, the candidates are listed together and the voters rank them (#1, #2, #3, etc). Depending in the number of seats available, the highest overall ranked win. A spin on this type of voting doesn't list the candidate's party registration so that no party has an advantage of the other. We'll discuss these in more detail in a later issue.

On an amusing note, some have suggested putting the names of the candidates on a slip of paper and drawn out of a hat. Others have suggested a similar approach except the names are drawn the way lottery or bingo numbers are drawn, out of a cage. I wonder if they realize that was the way draft numbers were drawn? Either way, I guess you can't get anymore impartial than that! 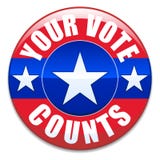 I have no doubt that there are numerous (and more serious) ideas. Perhaps one of you will come up with one. Nevertheless, partisan gerrymandering has diluted the power of our vote. It benefits no one but those who hold power and intend on keeping it regardless of what you and I want.

Partisan gerrymandering, along with unlimited terms and near unlimited corporate funding, has made the servants of the people their master. It's past time that we take back what rightly belongs to us.

As with all my articles, I've included my source links below. I've also provided you with several links to just a few of the organizations which are in the fight to end gerrymandering. I urge you to check them out and get involved.

Here's how to fix partisan gerrymandering, now that the Supreme Court has kicked it back to the states.

Brooking Institute: Gerrymandering and how to fix it

Cato Institute: How to stop politicians from Gerrymandering