There is so much happening in the world right now that it's difficult to decide what to write about. Therefore, in that case, I'll run with a few trending topics. First, let's look at Europe. In England we're still seeing various acts of violence, such as individuals on motor bikes (what we might refer to as a "scooter" in the US), doing a drive by. However, instead of using a gun, they're throwing acid in the faces of their intended target. Currently, about two such incidents involving four individuals have been reported. Most of the those attacked didn't sustain any serious injuries, while one is reported to have significant injuries. What this attack reminds me of is the same cowardly attacks made on females attending school in places like Afghanistan, Iraq, and other nations where there is a radical or extremist Muslim presence. The reason, in case you're wondering, why little girls going to or returning from school would be singled out for such a horrendous attack. One of the key tenants of radical Islam is the control of females. By that they mean utter subjugation---no driving, no voting, no showing of skin, no excursions without their husbands or male members of their families as escorts. Finally, no education. That's right. Females are not to be educated beyond a functional level; how to read and write and some nominal mathematics abilities. So, in order to discourage these girls from attending school, these cowards often attack the girls with cane poles and beat them all the way back home, or, as in this case, attack them with acid in order to disfigure them (the thought is so that no one will want to marry them. The first rule according to their religious teachings is that women are responsible for home and hearth). Therefore, since this is the kind of barbarity we see in the Middle East, plus parts of Africa and Asia, it's logical that we're dealing with the same people.

Elsewhere in England, but especially in continental Europe, there has been a number of protests by "migrants". Some are demanding that Europe accept Sharia law only; some are demanding that non-Muslim European women cover up, plus demands to stop producing pork products as well as liquor, including beer and wine. Interestingly, many are protesting the quality of their free food and free government housing (which, in most cases, had been the homes of poor citizens just a few days earlier). Sadly, low income nationals been forced out in order to make room for the immigrants, who are now demanding better housing (a few are demanding better medical care as well , of which they aren't paying for either). I would be remiss if I didn't mention the attacks on young girls and women in subways, parks, swimming pools, and so forth. When---and if--- confronted by the police, the men usually claim that they didn't understand the cultural restrictions or that they were "offended" and so they were just "protecting" the women in accordance with their religion ( I would love to know how they explain the gang rapes or rape beatings). Naturally, they should know right from wrong, so I guess they are just playing the cops for fools, who----along with the corporate media---seem to be buying it. Perhaps it will take a few journalists, cops, or their family members being beaten or repeatedly raped to drive home the danger. 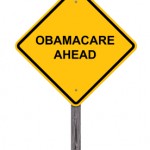 On the home front, we again have the issue of healthcare; the zombie legislation which refuses to die. Under this recent incarnation, the Republican controlled House didn't have enough votes to pass it through. However, that's really not the issue. If you'll recall, when the Affordable Care Act ("Obamacare") was first proposed, the Republicans fought it tooth and nail; citing a whole host reasons why it was a bad bill---some of which proved to be true. However, it took the US Supreme Court, in violation of role per the Constitution, to turn the bill for healthcare into a tax before it could be ushered through. Meanwhile, the Republican House leaders promised to work on a "solution" which would be ready and "in the drawer", ready to pull out and pass as soon as they had the votes to get it through Congress.

Well, they now have the firepower. They control both houses of Congress and the presidency. However, it's now quite obvious that there was no one working on a replacement bill during all these years despite promises to the contrary. There was no new healthcare bill to "pull out of the drawer". What they have is a half-ass bill designed to lift up and protect their corporate masters. Meanwhile, those at the lower social/economic ladder face the very real possibility of losing coverage all together. Now, no matter what you say about Obamacare---pro or anti---you have to admit that this was the first time so many people were finally covered; some for the first in their lives. In addition, Obamacare at protected not just the poor or working poor (formerly known as the Middle Class), it provided coverage for seniors. Seniors, in case you don't know it, is the largest demographic in America based on age (currently seniors are comprised of the WWII generation aka "the greatest generation", the Silents who are their children, and now, the Babyboomers, who are now entering retirement.

From what I've heard about the latest healthcare bill, which uses the moniker "Trumpcare", was that most of those mentioned above would be crap out of luck when it comes to coverage, especially pre-existing coverage. In addition, the list of prescriptions not covered are expected to be expanded., meaning that individuals will have to pay for it out of pocket, when, given the astronomical costs of some medication, will be all but impossible. While a few have taken to going to Mexico or Canada where the medication is cheaper, are often taking a gamble on being stopped at the border or receiving inferior medication. It seems that the only ones who actually benefited from "Trumpcare" were business owners and the pharmaceutical industry.

I wonder how many people will have to die or suffer the consequences of doing without their medicines before Congress, the White House, the media and their corporate owners finally create a realistic plan? Personally, I favor a single payer. This would provide basic coverage for everyone irrespective of previous injuries or what medication they're on. It would also allow individuals and businesses the opportunity to purchase additional coverage separately. In this way, those who don't need extra insurance will have basic coverage while those who need more or specialized coverage can buy it on the open market. Lastly, whatever type of insurance plan Congress settles on, I think it should be mandatory that all government employees including those elected to office have to participate in. In other words, Congress, the Presidency, the Judiciary, and all the bureaucrats cannot exempt themselves.

Finally, Russia. Specifically, Russian interference in the 2017 Presidential Election. Frankly, as far as I'm concerned, this is a non-starter. I think this is all about trying to find an explanation for why Hillary Clinton was denied her coronation. Disagree? Let's look at the "7 Stages of Grief". First, there is Shock. I think we saw that all over CNN, MSNBC, ABC, and the other corporate news stations, not to mention all the various talking heads from Rachael Maddow to "The View". After that we had Denial. There were hundreds if not thousands of protesters chanting that Trump wasn't "their" President, with others demanding recounts or wanting to find something---anything--- to impeach trump on. Many boycotted the inauguration and parade (a few were childish enough to post pictures comparing Obama's inaugural turnout with Trumps). Next comes Anger. That's obvious enough with idiots trying to block traffic, demands "safe spaces", claims of "offended" , riots (err, I mean "protests"), trying to shout out or attack anyone who disagrees with them (refusal of free speech) and so forth.

After Anger, we come to Bargaining. Bargaining, in this connotation, it means trying to find ways around what happened. This may including refusing to cooperated in any way possible, or providing excuses for what happened (in this case, "the Russians must have done it". Once we realize that we can't bargain or negotiate our way out of the situation, we slid into Depression. I think that's where many Democrats are now. These Democrats are coming to terms with the realization that they had a crappy candidate; one that was full of flaws... including some treasonable crimes as well as actions which shows either a complete lack of intelligence or hubris such improper handling of secured information, refusal to use secured servers, lackadaisical handling of cell phones and e-mails just to mention a few. Next on the Grief Hierarchy comes Testing. This is perhaps the most critical step now that we've had an opportunity to get ticked off and an opportunity to vent and point fingers and so forth. Testing means you understand what happened, and to a degree, why. You know that you can't go back and change events. Things are as they are. However, this stage is where we re-evaluate what went wrong and why. We know our political system is broken beyond repair (and our social and economic systems are severely damaged and isn't functioning properly). This is where change happens. It's where we take a measure of ourselves. In many cases, it's where decisions to jettison the existing system is collectively agreed upon; where we might look to third parties or Independent candidates; where we decide on a new social and/or economic contract) or how we get our news and other information. A great deal can and often does happen in this stage.

Finally we come to Acceptance. By the time we reach this stage, we (hopefully) have got our collective act together. We've accepted what happened...and why. We've learned where to place the blame (which, more often than not, is mostly on ourselves). In addition, we've come to a consensus on how to proceed. We've changed the rules. We've decided on a collective direction. Lastly, this is the stage where we look around and see where how much we've changed or adapted. It's at this stage where we've realized how much we've grown. I think by the time we've reached this stage, we will have accepted the notion that a woman...or anyone of any race, religion, or gender, has the potential to become President.

It's also at this stage where we accept the fact that we simply misjudged the quality our earlier choice. I think too that by the time we reach this change, we would have found a way to re-spark our nation; where we have found and implemented a new system which works for all of us, which means doing away our current form of government, a neo-fascist Oligarchy, complete with its growing surveillance apparatus. To do nothing is a guarantee that it will continue to grow like a cancer and our former constitutional republic will be found only in the history books.