Changes Ahead: Trump's Presidency and A Possible Obama Third Term

Well, it's been just over six months since the Presidential election, and despite the continual meltdown from the Left, it seems that "The Donald" is still their President whether or not they like it. Traditionally there's what is usually call the "100 Day Honeymoon" with Congress and the media. This is essentially a grace period to allow the new President to get his team together, organize his agenda, and become familiar with the Office of Presidency; all of which is quite important given the magnitude of a new president is undertaking. After all, the U.S. President is one of the most powerful individuals in the world and mistakes carry a steep price tag.

Since "The Donald's" election, and even before he took office to be completely truthful, the media has been all over him like a rash on a baby's butt. They have done everything in their power to belittle, discredit and delegitimize him while both sides of the aisle of Congress (in a rare example of bipartisanship, albeit backroom cooperation), has done everything they could to throw him off track and oppose him. So, while the media starts off with nearly every open broadcast or headline story badmouthing Trump, they also continue to praise Hillary Clinton (despite the fact that if she was like everyone else, she'd be under indictment right now) and harp on everything that Chelsea Clinton and/or the Obama's are up too. Personally, I wouldn't be in the least bit surprised to see Barack come back and make a third run for President (can he do that?), except this time he would appoint the new Princess-in-Waiting, Chelsea to some highly visible office in order to set the stage for the coronation denied her mother. I may be wrong, and frankly, I hope I am. However, former President Obama seems to be following or "shadowing" current President Trump and/or his representatives up to including meeting with some of the same ranking officials. Now why would he do that? Obama wasn't overly popular abroad with either the heads of governments, their liaisons, or with the general population in some cases. In fact, American prestige declined in some cases. Polls routinely showed Russia's Vladimir Putin as the world's most popular head of state, which was often followed by Germany's Angela Merkel (though given Germany's current severe crisis with the "migrants" and crime, I doubt that she would continue with her high standing). Obama usually came in around third or fourth place. At home, Obama was popular with the Left wing in general, and the corporate media in particular. However, among the political center and the Right, Barack Obama was loathed. 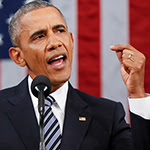 Nevertheless, Obama is still quite young relatively speaking (he was born in August 1961). His two daughters are off in school, and his wife, Michelle, seemed to enjoy her role as "First Lady". Given the ruling Oligarchy's efforts to undermine Trump at every turn--through the corporate media, orchestrated and covertly financed "grassroots movements", use of both corporately controlled political parties, and so forth, they might have a pretty good shot at destroying Trump's credibility. Adding the cold shoulder Trump is getting from foreign leaders (with special note to the recent G-20 where Trump was all but ignored), a Obama rerun is not just possible, but seems even probable. Certainly he would have the support of all the Left leaning "talking heads" from across the media spectrum from Oprah to Whoopie, Ellen, and the Hollywood limo-liberals.

The Left is also quite strong on the college and university campuses. Being a Babyboomer, I dare say that the Left hasn't had such a strong presence on campuses nationally since 1970. To this equation, we also need to point out that our recent Presidential election may be the last time Babyboomers have the national impact they did politically or economically. Babyboomers are retiring at an increasing rate, which means that their economic impact will continue to decline, as will their political influence since there will be fewer running for office, donating (limited incomes), and a growth in those dying. On the other hand, Millennials, who, by the way, have replaced the Babyboomers as the largest demographic, are flooding the job market, which naturally means their economic influence is also increasing. However, there are a couple of caveats to consider. 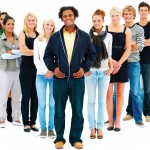 First on the list is that Millennials are marrying later, which means they will be delaying the purchase of homes and having children. They dislike the current political system, which they find as inept and corrupt beyond repair. This goes hand in glove with their dislike of political parties, which they see as one of the dysfunctional aspects of politics, along with real campaign finance reform (and overturning the "Citizens United" debacle, a lack of term limits (which just perpetuates the corruption), a failure to have district boundaries fairly drawn (gerrymandering), failure of referendums or initiatives, barriers to Independents and third parties, and finally, the corporate "ownership" of the two main political parties. On a related note, it needs to be pointed out that Millennials tend to distrust government, but recognized that there are some things that only government has the resources to do (also, Millennials tend to be team oriented and issue driven, which makes ad hoc committees, groups, and so forth their preferred war to resolve issues). Nevertheless, while some of these changes seem far-fetched right now, as their numbers grow, so will their economic and political clout. So, what now seems like "science fiction" now, will soon be "science fact" within the next ten years.

Much as be made of the claim that Millennials prefer "socialism" almost as much as capitalism, which is partially true. Due to misreporting, fear mongering, or simply a failure to understand terms, "socialism" in its truest sense has never been successfully implemented. What is equated to "socialism" most often (albeit erroneously) has been the democratic socialist forms of government that exist in varying degrees in places like Germany, France, Italy, Scandinavia, Iceland, and various countries in Eastern Europe. Others equate "socialism" with Stalinist Communism, which couldn't be further from reality.

Stalinism (which led to Maoism and other common forms of Communism) was state ownership of everything; there was no private ownership of property of wealth. Essentially, everyone worked for the State. True "socialism" is essentially a community owned and operated form of business, housing, and government, while democratic socialism is the public ownership of key industries, co-ops, associations, unions, ESOPS, and so forth, while at the same time allowing private ownership of various businesses, free market capitalism (albeit tightly regulated). It is also anti-authoritarian and anti-collective unlike Stalinism.

This form of government has proven to be quite successful in Europe despite misinformation by some on the political Right, and is more in line with the "socialism" the Millennials approve of. As an added note, the countries with democratic socialist governments have been struggling of late. While some on the Right cite that as proof of its failure, it should be pointed out that these countries have ranked higher socially and economically than the US. In terms of education, children in these countries have scored far higher than the US just as they have when it comes to longevity and overall happiness. They also have a lower crime rate. Where cracks in the system have developed, it is usually the result of "migrants" from mostly third world African nations immigrating to these countries and who expect the government to take care of them. They do not share the same work ethic or social values. They lack a common history, and even differ in terms of religion. Native Europeans, on the other hand, share a unique social bond and understand that they must work together and contribute to the system in order to derive any benefit. The migrants sit back and demand the State...and ultimately the taxpayers...pay their way with free housing, medical care, food, utilities, and even cable! They are also the prime reason for the sudden rise in crime. Therefore, if you factor out the migrants, you will find the democratic socialism has proven to be quite successful which is why Millennials are so interested in it. 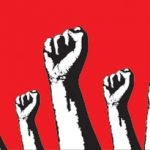 While a strong minority of Millennials favor socialism, or to be more specific, they favor democratic socialism by just over 1/3 (36%). Capitalism still reigns supreme with about 39% favoring some form of capitalism (support for capitalism increases with the age) , though the form of capitalism isn't defined. In another survey from 2015, Millennials preferred socialism 49% to 43% who had an unfavorable opinion of it. So it seems that capitalism, especially the free market libertarian variety will survive the transition from a Babyboomer dominated social, economic, and political system to one with Millennials taking the lead, which, I suspect, will include a larger national government and more social programs. It will also likely result in the rise and eventual dominance of a third party (or parties), along with more Indies running for office, combined with a steady decline in the two corporate political parties.

Having discussed Babyboomer and Millennials, I would be amiss if I didn't mention Generation X, which falls between the two (Boomers range between 1945/46 -- 1964, Gen X is between 1965 -- 1982, while Millennials are 1983 -- 2001). Like middle children everywhere, Gen Xers are sandwiched between two larger and more vocal demographics, have found that their way to success has been the old fashion way---by their own bootstraps. As for Babyboomers, they are defined in two waves. The first, from 1945 to 1955 tend to be liberal while the second wave, starting round 1955 are much more conservative. Therefore, Gen Xers tend to lean conservative, but, like their younger Millennials siblings, are tech driven and much more open to change, be it technology or societal. In fact, in almost every category, Gen Xers fall in the middle, which is why they are often seen as the transitional generation. Current examples of Gen Xers include Ted Cruz, Marco Rubio, Mia Love, Nikki Haley, and Bobby Jindal. So with that, Trump, who was born in 1946, is likely to be one of the last Babyboomer presidents unless Barack Obama decides to take another shot at it, which I suspect he'll do. In the interim, we will increasingly see Millennials and Generation X come to the forefront as Babyboomers leave the scene. If present trends hold true, the country will continue with its Right leaning tilt for the next few decades until Gen Xers closest to their conservative second wave Boomer parents begin to age out of the social arena. At that point, we'll likely see a shift back to the Left. However, much can and will happen within those years which could change everything. A third term by Obama might force a return to the Left sooner than expected, which could result in a blowback from conservative Gen Xers and the Boomers., which in turn could delay or even derail a possible Chelsea Clinton inauguration just as further migration from Hispanics and Asians (legal and illegal) could change the demographic face of America as much as continued immigration of Muslims or the implosion of Europe and Asia could. One thing for certain, there is great change ahead that will be profound and completely alter the course of this country. Ancient Rome faced similar changes in its time and ultimately failed to adapt. I wonder how we will fare?

Do Millennials Support Socialism Over Capitalism?