MOAB: Whose Your Momma Now?

Just a few days ago, on April 13, 2017, the US dropped the largest non-nuclear bomb it has in its arsenal, the M.O.A.B. The M.O.A.B, which stands for Massive Ordinance Air Blast bomb or GBU 43/B, is better known as the Mother Of All Bombs, is a 21,600 pound behemoth with an explosive payload equivalent to 11 tons of TNT. It is so large that the only airplane able to carry it is a C-130 Hercules. It has to be dropped out the back on a wheeled carriage or cradle which is equipped with a parachute to slow the descent for accuracy. The blast radius is approximately one mile in diameter. The shock wave can be felt 30 miles away; shattering windows, ripping off roofs, flipping vehicles and toppling some structures in ranges from just under 2 miles up to 5 miles away. The bomb was dropped in the Nangarhar mountain range near Tora Bora, made infamous as the area where Osama Bin Laden escaped with the help of our so-called Afghani and Pakistani "allies", thus allowing the war to drag on years longer with thousands more killed (Ben Laden would be later tracked down to an enclosed compound just a yards away from Pakistani intelligence headquarters and the home of the Pakistan's "West Point").

There was a vast network of reinforced concrete tunnels which ran for miles with multiple levels. The tunnels, which were built originally by the CIA during the Russian occupation of Afghanistan to aid the Afghani rebels or "Muhadeen", was designed to provide protection from Russian bombers, artillery, and make it nearly impossible to track through the concrete maze with multiple entrances, exits, and filtered air vents not only to provide like clean air but to vent off any poisonous or noxious gases or compressed aid as a result of a bomb attack. In addition to providing protection, the tunnels also served as staging areas, storage bunkers, military hospital, sleeping/rest areas, and provided meals (apparently the lessons of Vietnam and the Viet Kong tunnel systems were well learned). Approximately 96 Islamic terrorists are believed to have died in the blast, although the actual number may never be fully known since any in the immediate blast zone would have been vaporized or forever buried under tons of mountainous rubble. 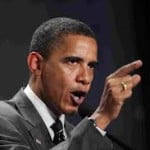 The order for the drop was originally given by outgoing President Obama, but the final go ahead was given by President Trump following a review of the situation and likely outcome, with emphasis on the possibility of any civilian deaths (civilians had been ordered away from the area starting several days earlier, so the blast itself wasn't a complete surprise, though the scale likely was unexpected). Plans for MOAB had been originally designed years earlier, with the intent of using it during the initial invasion of Iraq. However, US and Allied success made its use unnecessary (plus, I'm sure, the large movement of surrendering Iraqi soldiers and the shifting civilian population also made its use unfeasible). So, what did we gain by dropping this "Mother Of All Bombs"? Tactically, we destroyed a vast network of tunnels that Al Qaeda, Daesh, and ISIS were still using as a staging and warehouse area. Of course, the US had the plans to the tunnel system since we built it, though there's little doubt that some modification had been made in the subsequent years. The fact that we warned people too likely ensured that there would be minimum causalities, even among the bad guys, but a high body count doesn't seem like the intent of MOAB. The bombing did, however, send notice that we still have firepower and willingness to inflict considerable damage. However, is ISIS and/or the other terrorists groups are anything like the Japanese military mentality of WWII, it will take several more strikes to get their attention, especially since we are fighting them on two fronts---Iraq and Afghanistan---plus on the international stage in Europe, Asia, and the US, while supporting them in Syria. Nothing like sending mixed signals.

However, I wonder if there was something else that MOAB was meant to destroy or, at least, cover up. Recently in Syria there was a sarin gas attack. The US and some of its allies claim the attack came from an Syrian attack on a pro-rebel area of Al Shayrat, which contained a weapons storage house. Syria's President Assad and its ally, Russia, deny that Syria dropped any nerve gas. Instead, they claim that the rebel warehouse may have stored the toxic nerve agent, which the rebels were intending on using again pro-Assad forces. This isn't so farfetched. Several years ago, there was a similar incident where civilian and pro-government forces were attacked with sarin gas. Immediately the US accused the Assad Government of using sarin gas tipped artillery shells against the rebel stronghold, resulting in the deaths innocent civilians and some of their own troops. Syria immediately denied the claim. President Obama called for an immediate attack on Syria, however Russia was able to provide proof that the attack didn't come from Assad forces. This was later verified by UN inspectors (US corporate media, however, buried the story and we quickly moved on to the next "crisis"). Personally, I think the most recent gas attack was simply a replay of the previous attack. Syrian jets just happened to hit a rebel warehouse where sarin gas was being stored. The US responded the only it could in both instances in order to protect its "ally" in Syria---Al Nusra Front---and cover its butt internationally (remember that Al Nusra in Syria is ISIS, ISIL, Daesh, and Al Qaeda everywhere else). Al Nusra/ISIS is trying to overthrow Assad's government as part of its plan to establish an Islamic Caliphate. The US has been trying to destroy or destabilize Assad given Syria's close ties with Russia. All this makes me wonder if the tunnel system destroyed by MOAB contained evidence of sarin gas storage and, perhaps, possible US involvement. Thus, since we either couldn't reach or weren't sure exactly where the sarin gas was hidden in the tunnel system, the entire thing was eliminated, and the only thing we had in our arsenal capable of such a massive destruction was MOAB which had been setting and waiting to go for years now. How handy! Besides, the military had a really cool toy it hadn't played with yet. By the way, shortly after the US dropped the "Mother Of All Bombs", Russia confirmed that it had the "Father Of All Bombs" (F.O.A.B.), a thermobaric bomb with an explosive payload of 44 tons of TNT, which they claimed was four times more powerful. Great. Just great.