A Public Mandate? A Look At Political Trends Amid The 2016 Presidential Election 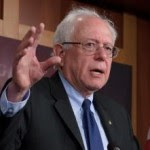 It seems that some of the political pundits were surprised that Bernie Sanders didn't win Kentucky. Why? Sanders is an avowed democratic socialist, whereas Kentucky is a very conservative state. The Democrats have only a few pockets in Kentucky which are liberal let alone ultra liberal such as parts of Louisville, Lexington, and a few other places around colleges and universities. In fact, Kentucky has long been considered the buckle of "Bible Belt". There's an old political joke which says that "a Kentucky Democrat is a Goldwater Republican anywhere else". What should be surprising is that Bernie Sanders did as well as he did. Of the past ten or so years, Kentucky has been electing mostly Republicans to national offices as well as to state and local offices, and that trend seems to be continuing. Kentucky went from 1967 until 2003 without electing a Republican Governor---that's 36 years--- and yet Kentuckians elected another Republican for Governor in 2015, just 12 years later (prior to 1967, the streak was 23 years without a Republican Governor).

When it comes to who Kentuckians send to Washington, all but one of the state's six US Representatives are Republican (the exception is 3rd District Congressman John Yarmuth, who was previously a Republican and now a very liberal Democrat). Both of Kentucky's US Senators, Mitch McConnell and Rand Paul are Republicans as well. With May 17th's primary over, the big question is whether or not Kentucky can flip the State House of Representatives, which hasn't happened since just over 100 years. This effort has been underway since 2004 with the GOP inching closer every election cycle. The State House of Representatives has 100 members, 53 of which are Democrats and 47 are Republican. The State Senate, which comprises 38 members and had long been held by the Democrats, is now firmly in the hands of GOP with 27 members to the Democrats 11. That gives the GOP 71.1% of the vote total.

Oregon, which Sanders did win, is just slightly more balanced politically than Kentucky. Oregon has elected 22 Democrats as Governor (including the current one) compared to 20 Republicans (the last one was elected in 1979 and served two terms). The Oregon State Senate has 30 members, 18 of whom are Democrats compared to only 12 Republicans, which gives the Democrats 60% of the vote. The House also has a nice advantage to the Democrats, who hold 35 seats to the GOP's 25; both Houses have been under Democrat control since 2012. Both of the state's US Senators are Democrat as are four of the five US Representatives as well. As a whole, the state seems to be trending more Democrat. as an aside, a Gallup Poll report from February 2014 ranked Oregon as the fifth most liberal state in the nation (tied with Hawaii and excluding Washington DC). As an aside, Gallup ranks Kentucky as the 12th most conservative state just behind South Carolina and just above South Dakota while Delaware is rated as the most moderate. So, the question is whether or not states like Kentucky and Oregon will continue their respective trends. To answer that question, we must look at voter demographics to get an idea as to where the country as a whole is headed.

According to the Gallup Poll mentioned above,Americans are becoming slightly less conservative and leaning more liberal. A related poll conducted at the same time states that, as a whole, Americans have begun to move away from the Democratic Party although the Democrats still maintain a numeric advantage, especially in the more populated states such as Massachusetts, California, and Maryland. However, states which show a solid or strong tilt to the GOP are also among the least most populated states, with Tennessee and Indiana being the two most populace state in the Republican camp (Wyoming and Utah are the two most solid Republican states, yet among the least populated). 18 states are identified as "competitive" including Kentucky. While I would tend to disagree, the "golden triangle" between Louisville, Lexington and Covington/Cincinnati, make up the states central population centers and lean Democrat, so I at can least understand their argument.

Nevertheless, this tell just part of the story. There are other factors to look at as well, including new voter trends and satisfaction with the government. So, starting with the first factor, new voter trends, we should note that Millennials (those born between 1981 and 1997) have overtaken the Baby Boomers (1946 to 1964) for the first time, approximately 75 million compared to 74 million. That spread will become wider as the Boomers, many of whom are entering retirement, begins to shrink. Millennials have proven to a hard group to put your finger on, unlike their predecessors. As a whole, they are the most diverse group in terms of race, gender and sexual orientation (43% for instance are non-White). They are less likely to join a political party. In fact, most are Independent (approximately 50% and growing) which has helped push Indies into the nation's top spot in political preference, though in the absence of a viable Independent or third party candidate, they usually vote Democrat. They are nearly divided between libertarianism (small "L") and democratic socialism. They came out in droves to support Barack Obama when he first ran; mostly out of their desire to step outside of the political duopoly stranglehold. However, while they continued to support Obama in his second term, they did so in smaller numbers, mostly because of their disillusionment with Obama's track record and their "lack-of-choice" other choice, Mitt Romney (of course, few were hopping on John McCain's bandwagon four years earlier either).

Millennials are also the most technological attached generation ever. While Boomers were the first with home computers, video games and personal calculators, Millennials were virtually born with a "smart phone" in their hands. Nevertheless, they are also the generation which is the most heavily in debt (mostly due to the cost of higher education), to be unemployed or underemployed and to live at home with a family member. They are the least likely group to have any religious attachments but also the group with the most personal attachments thanks to social media. They tend to distrustful of social institutions and people (and the least anxious to get married), and yet they remain optimistic about the future in general. When it comes to politics, Millennials are more apt to focus on specific issues, where they can come together ad hoc , examine, solve (especially when they can apply technology to the solution), and move on to other projects. 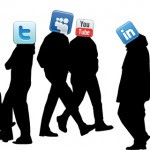 To break this down further, Millennials responded to a Pew Survey regarding the size of government they would prefer (this is important since, as rule, conservatives and libertarians prefer smaller governments while liberals and socialist leaning prefer a larger government). The majority of White Millennials (52%) said they would prefer a smaller government with less services. However, among non-White Millennials, they stated they would like a larger government which offered more services (71%). Speaking of non-White Millennials, just about half are Latinos, which is the largest growing racial segment in America as most of you know. So, who do like? Well, according to the Harvard University Institute of Politics poll from May of 2015, 47% said their choice is Hillary Clinton. In fact, Latinos in general, but especially among Latino Millennials, their party of choice, in the absence of an Indie or third party, is the Democrats (50% of Millennials have a negative view of the GOP, which they view as "uncaring"). Among the few Millennials Republicans, their preference was Dr. Ben Carson. Black Millennials lean strongly toward the Democrat Party. Women too lean toward Democrats regardless of any generation identifier with 59%.

So, with all these numbers being thrown at you, I suspect you just want to know what all this means. Just this, Millennials are the rising political force in the nation. Right now, they make up about 25% of the electorate. By 2025, that number will be closer to 38%. At the national level, if the Republican Party/Conservative movement are to survive, let alone grow, they are going to need to temper their stance on social issues. This includes ensuring a social safety net (i.e.: some form of Social Security), a return to moderate politics and policies, find a compromise on the issue of Freedom of Choice vs. Right to Life, and gay/transgender issues for starters. They will have to reverse the trend toward a police state with its unaccountable surveillance, a restoration of democracy such as ending Citizens United and the concept of "peoplehood" for corporations as well as unlimited financial support by corporations, imposing term limits, an end to gerrymandering, and a focus on domestic issues (such as our infrastructures) and less involvement overseas., and of course, job creation. Lastly, ending the hold corporations have on government such as reforming the "revolving door" between government and big business, limiting access to elected officials by lobbyists, opening up participation to Independents and third parties which means eliminating restrictions to debates as well as real campaign finance reform.

While much of this applies to the Republican Party, the Democrats have no room to giggle and point fingers. This applies equally to them too. Right now, Millennials lean toward the Democratic Party, but only because they view them as easier to stomach than the GOP...for now. However, as the Millennials grow in political, social, and economic clout, so too does the days dominance by the duopoly grow shorter. If someone like Donald Trump can tap into this, the GOP will have made a game changer. If not, then get use to "President Hillary Clinton", which I for one certainly don't want to hear. In fact, I think a "President Clinton" would be catastrophic for this nation and perhaps the world. Maybe too, there is a younger version of Bernie Sanders waiting in the wings. So, what's it going to be folks?

Oregon one the most country's most liberal and least religious states
http://www.oregonlive.com/mapes/index.ssf/2014/02/oregon_one_of_countrys_most_li.html