The Folly of Newspaper Endorsements Each election cycle we face what seems like endless recorded phone calls, "surveys", while our mailboxes become littered with campaign material. We are forced to endure countless mind numbing political television and radio commercials. Unfortunately this is part of the messy and often irritating process of democracy. These days, however, most of us are much more aware of the corruption of elections. We know that we are a defacto Oligarchy with a rising police state and the democratic republic our Founding Fathers established. We know our political system, and perhaps ever our social system, are broken beyond any hope of reform, which is why it's more important than ever to get out and vote. Voting is the next-to-last best hope of change we still have before we are forced to resort to our only remaining option. Since 1980, I have asked you to get out and vote. I've also asked that you ignore the opinions of the media and check out each candidate or issues for yourself. It is the best way for you, as a voter and citizen defender of this nation of ours, can make a truly informed decision. I am, and I've always been, a strong advocate of thinking for one's self. I strongly oppose allowing the media to make choices for me, and that especially includes their so-called "endorsements". These "endorsements" are nothing more than to convince you to adopt their political agenda. They count on you to be lazy and uninformed; to not care about your community, your state, your nation, and even your own wellbeing.

The article below is a reprint that I've posted in one form or another every election cycle since 2001, encouraging you to think for yourself and to vote. If you don't know who's running where you live, no problem. If you're a Democrat, contact your local Democrat Headquarters and ask. If you're a Republican, then contact the GOP Headquarters. If you belong to an third party, then contact their headquarters. If you're like me and an Independent, simply contact your local Board of Elections. Any and all of the individuals will be more than happy to assist you. Making an informed decision is as important for our present as it is for our future. Please consider sharing article with others. We're all counting on you.


The Folly of Newspaper Endorsements 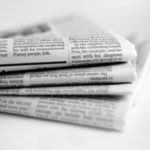 There was a time when newspapers were the ever vigilant "crusaders" of public interest, albeit self-appointed and as often as not, the creators of their own hype (see "Yellow Journalism"), however, society grew up. Today, we have instant access to information the world over, and with it, the ability to do own investigation of candidates or issues which are important to us in a matter of minutes.

For years, I campaigned for release of unedited transcripts of candidate interviews and full disclosure of the interviewer's names and political affiliations. The public has a right to know exactly what each candidate said their background, and what their positions are, as well as the leaning of the interviewers making so-called "endorsement". I've been involved in politics for well over 35 years. To many times over those years I've come across candidates who were misquoted, misattributed, or the "correct" answer inserted while the gaffs were carefully removed. Sometimes a candidate may not even be interviewed nor their campaign material seen by the editors. I can say this based on firsthand experience, not only as a community and political activist, but as someone who has run for office before. I've also managed or co-managed dozens of political campaigns and I've seen the kind of damage this can do. Today, we have a partial solution with a few of the interviews being taped and though not entirely unedited. Still, we lack full disclosure from those doing the interviews or making the endorsements as to the political registration or leanings. That remains hidden from your view. I believe that you, the voter, have a right to know. 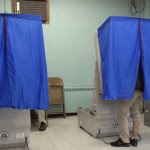 As I have done for years, I urge readers to take a few minutes to do their own research and make their own decision about who to vote for. The Voter Guide is one such resource for you to consider. If you find that you happen to agree with a particular candidate's positions mentioned , fine. Then support that individual as a volunteer, with a financial contribution or with simply with your vote. But do so as an informed voter. Don't let anyone think for you. Ever. The role of the media is to present the facts in a impartial, balanced and fair manner, not to attempt to manipulate or sway public opinion to suit its own political agenda, even if they think it's "for your own good". Only you can decide what's in your own best interests. Can you imagine Fox, CNN, ESPN, CBS, ABC, or even Public TV making a political endorsements? Neither can I. Forget about your newspaper's endorsements. Remember that endorsements are merely personal opinions, and not always the most informed ones at that, with a political agenda. Think for yourself. Do your own research. And then vote. America is counting on you.