Let's face it. The world is nearly an unsolvable mess. It seems that anything that could go wrong has and there's no one left to trust. But what if it was in our power to eliminate famine, fresh water shortages, homelessness, disease, pollution, wars and civil strife, a failing education system, poverty, or crime---would we? Would Humanity do what was necessary to banish any or all of these plagues from existence? I would like to think we would. Certainly there would be a long and bloody battle with the greedy and power hungry, but in the end I believe our better angels would prevail. So then, what if we could change all that now?

There's been an ongoing effort, call it what you'd like, to create a single functioning global corporate state; one which transcends national boundaries, national, tribal or religious loyalties. However, under this "utopia", people aren't free. This is a "us vs. them" world with the "them" being the elite 1% and everybody else, and it's the "everybody else" I'm talking about now. They're economic slaves; serfs if you will. Merely interlocking cogs in some global corporate machinery, who live and die by their temporary importance to the Machine...and their credit ratings naturally. Individual human lives treated as grease in the running of this behemoth; little more than disposable and easily replaceable parts which both service and fed the beast. But what if this power could be largely removed from the control of the rich who ride this creature of their creation? What if this could change?

Consider this idea for a moment. We have recorded, monitored, visually reproduced and analyzed every facet of our existence. Never before in Human history has so much information been so readily available than this moment. On the downside, we live and die by our credit scores while our financial, medical, and personal information---including our images and in some cases, personality types, IQs, facial and body recognition, even ice cream preferences have been added to the "great data base". Grocery stores and retailers keep track of your purchases and preferences. Almost every detail about us as individuals has been recorded somewhere. So if you're thinking privacy, forget it. Virtually nothing about your life is "private" any more. Even are personal genetics are coded and available. But this just doesn't apply to you and me. It also includes nations, their GNP, known assets, financial reserves, anticipated public and private sector growth, access to and projected termination point of indigenous resources, and so forth. Somewhere, there is an analysis of every given business, the amount of assets they consume, the amount and consistency of pollution they produce and so forth. I trust you get my point that everything about our existence has been measured and quantified, usually as a means of control and potential profit.

So, what would happen if this information, which already exists in some database somewhere, was given "life" (queue sinister laughter)? To be more specific, what if all this information were downloaded onto or connected in some way to the various supercomputers (mostly now being used in academia or the military), and in turn, managed by another super computer whose single purpose is to coordinate this mass of information? Mankind has always considered "God" or the "gods" as superhuman with far reaching intelligence. Perhaps not necessarily all-knowing or omnipotent but close enough for our humble purposes. Since our collective histories, including religions, traditions, cultures, laws, and so forth have already been analyzed and recorded, why couldn't we allow these supercomputers to do what we, as a species, has struggled to do, namely, develop a solution based on the logical and non-emotional assessment of that information? There's no question that it would be free from biases or having an ax to grind.
Let's take that a step further. What if we used the same or similar information to resolve border or resource disputes? Laws and treaties could be evaluated for potential conflicts or similarities and applied accordingly. What if we used, say, the given demographics for a population along with projected shortages and surpluses for the same geographic area to develop a potential job base and then, using the same information, create an academic criteria to meet that need? We could use similar demographics and crime statistics to project and anticipate what areas will have the largest increases in crime and perhaps even the nature of those crimes. Maybe, by combining the two, we could even re-route certain individuals away from criminal activity and toward a more productive life? How?

Individuals could be tested throughout their early academic years and steered toward areas where they are naturally inclined or gifted (though personal choice remains). Communities could be planned around current and projected demographic growth as well the ability of the environment to sustain the population. Going even further, these mega computers, perhaps monitoring specific regions but still interconnected, could be used to increase efficiency in energy, housing, waste reduction, improving transportation, or creating improved ways to produce clean water and to make it more readily available to those who need it the most. 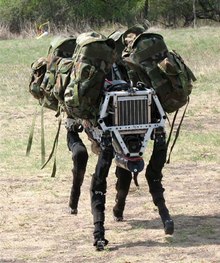 All this is pure fantasy, at least for now, but it is still within the scope of possibility which is the amazing part. Even now, perhaps on a more limited scale, much of this can and is being applied. Certainly the concept has been explored in the world of science fiction, with varying outcomes (mostly depending on the current mood of society at the time). But what's different is that we now have the ability and expertise to actually make it happen, unlike, say, Jules Verne or H.G. Wells or even, to a degree, Isaac Asimov did during their lifetimes. We're well on the road to creating service robots (which exist in a few industries). The military has developed some fairly complex AI platforms such as drones, robotic bomb disposal units, "seek and find" bullets and missiles, and even a robotic supply carrying "mule"! While impressive, I would prefer to see our resources used more for the benefit of Humanity rather than its destruction. Medicine and finance are making use of artificial intelligence. For instance, look how medicine has used technology to perform long distance surgeries using robotic arms or the "robot doctor" which allows a doctor in one location to travel around a remote location using a monitor and robot to "see" patients. We are developing artificial organs, skins, bone, not to mention legs, arms, hands and feet. We think nothing about procedures like joint replacement surgery with artificial joints or even LASIK. This is really part and parcel of the same technology. Perhaps in the not too distant future, Man may come to resemble the Borg more than us (then resistance will truly be futile!). 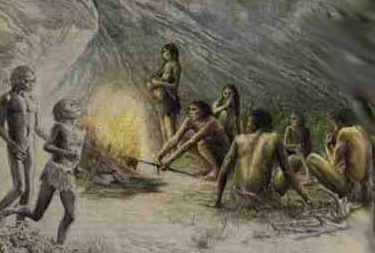 In the remote past, Man was at the mercy of both Nature and our own nature. We looked to the gods for an explanation and reassurance. As we grew intellectually, our knowledge increased along with our technology. We began to test our assumptions and beliefs. As we became more confident in our abilities, and in ourselves, the number (and power) of our gods began to diminish until we've reached the present day. We are still asking many of the same questions as our distance ancestors, but we're understanding more and more of the specific nuances. Today we have the abilities and intelligence to solve most of the problems facing us. The question, at least to my mind, is whether we are willing to let go of that last strand of our past and trust ourselves fully. Will we, like a child who is just learning to walk, let go of the hand holding them and take that next step alone? That is where we are now. We have developed an incredible technology and proven many times over that we are magnificent killers; we excel at war like nothing else known. But are we equally good explorers or healers? Past and current experience says we are, yet we're afraid to let go of that hand which represent our hunter/gatherer past where we lived mostly in fear of the unknown and, perhaps, ourselves.