Having the Stones to Take on Goliath

As readers of Another Opinion know, I've been engaged in a battle Kynect (Kentucky's "model" insurance exchange) and with Humana, to which I've been assigned. Just to briefly recap, my wife and I applied for insurance through the Kentucky insurance exchange known as "Kynect" (we have the distinction of being the second applicants to register when it went operational in August 2013). Somehow we managed to find every computer glitch and SNAFU in the system despite repeated assurances to the world by Governor Beshear that program was working without any hitches. By early October, our status had been elevated to the highest tier and I found myself dealing with programmers, systems analysts, and systems designers as they attempted to create "work arounds" in their programming and a host of other corrections.

Finally, by February 2014, things had settled down. Since we were enrolled in the system at the end of 2013, we were permitted to pick our start date for coverage to begin. We could chose from January, February or March. Since January had past and we had no medical bills worth any note, and as February was about over, we opted from March. However, "someone" at Kynect decided, when entering the information, that we really meant to say April instead of March, and changed our start date so we ended up absorbing medical bills for March (in all fairness, the senior manager at Kynect with whom we had been working gave us the option of correcting it back to March, however, the time required would have put us well into April anyway, so we opted just to "eat" the costs). Nevertheless, we ended up with some pretty good insurance, but no good deed goes unpunished, especially when dealing with the government.

At the end of 2014, we started getting notices from Kynect saying our coverage was changing (and apparently without our consent). I called our insurance provider several times over the next 45 or so days and was "assured" that our coverage was not changing and we should ignore the notices received from Kynect; we would keep our existing coverage we were repeatedly told. Finally, in early February 2015, I phoned Kynect to see what was going on. Well, it seems that their income calculation formula had changed and we were being removed from our insurance provider and transferred to Humana. Despite my protestations, we were moved in mid-February. At the same time, we received notices from our (now) former provider that our premiums were about to expire (Kynect paid a portion and we paid the balance). Although I repeatedly explained what had happened and offered to fax or email our notices from Kynect, I was advised that my offer (and my explanation) were appreciated but not acceptable. They needed "official" notice direct for Kynect. "Okey dokey" I said, and promptly contacted Kynect to (again) express my frustration and relay their request. I was told that an official notice will be sent, however, an "advisement" had already been issued.

Meanwhile, I discovered that despite Kynect's repeated promises (parroting Obama's) that I could keep my doctors, that in the event I

couldn't, my new carrier would pay for any prescriptions and tests. I, however, would be responsible for paying the office visit. Needless to say, I was dismayed when my primary doctor of 32 years (and who is the area's only known sub-specialist) wouldn't see me when I showed up for my scheduled appointment. I was told that I couldn't even pay cash money for the visit, and to jab the knife a little deeper, my doctor could not write me any more prescriptions while I searched for his replacement. Once my refills ran out, I was, to use the proper medical terminology, screwed. As soon as I got home, I immediately phoned Kynect. Again, they offered their heartfelt and most sincere apologies, but there was nothing that could do about changing the insurer. It was suggested to connect my new provider, Humana, to see if they could locate a doctor for me. "Fat chance" I thought as I said "thank you" as politely as I could muster and hung up the phone.

So I contacted Humana's Customer Service Department. After going through a battery of options to select from (which included what language I wanted---I will never ever press a button for English as long as I live in this country), and a ten minute wait, I finally spoke with a living breathing person. After explaining my situation (while listening to timely interjections of "we're sorry for your inconvenience), I was given a list of six doctors for me to call. I quickly learned that none of these were specialist of the type I needed, but it didn't matter. None were accepting Humana. So, for the next two months, I made my daily calls with the latest of doctors Human had given me, but I jump ahead of myself.

Somewhere along the third week, I managed to get lucky. One of the customer representatives I spoke with (and whose first language was apparently English), blurted out near the end of one of my frustrated phone calls that I could submit a "Continuing Patient Care Request" and then almost as an afterthought, asked if I would like to do so. "Hell yeah" I said. So together---her writing out the synopsis while I provided my medical history, prescriptions, and reason for my request. When we ended, she said it would take approximately 7 to 10 days to get a decision (really? That was like a sleepover by this time). So while I waited, I continued to make my calls and get my daily rejections only to call Humana and get my next list of six doctors with the names sounding less and less familiar by the day from the ever changing representatives (after, of course, having to repeat my story). Some of the rejections were due to the physician winding down their practice; moved out of state; or were simply located in the wrong part of the state; wrong specialty; or simply was not accepting Humana any longer.

Finally, the tenth day came and I was on the phone for what I hoped would be my approval. However, as if to throw salt on the previously mentioned proverbial knife wound, I was told that no decision had been reached yet, so in addition to calling for my list of six, I now had to ask for status updates (as an aside, I was also providing them with updates on the doctors whose names they had given me. Evidently their list hadn't been updated in quiet awhile). Then it came.

I had been reading when the phone rang. I started to ignore the call, figuring it was another solicitor calling, despite my being on the "No Call" list, when I noticed it was my (now) former primary doctor's office calling. So I answered, expecting to hear some other piece of bad news. I don't know if I can correctly express my emotion or thoughts as I was informed that they had just concluded a series of conference calls with my current provider and given my medical needs and length of time I've been with their office, my request was approved. She was calling as quickly as possible to let me know and schedule an appointment as soon as I wanted. I remember being instantly relieved; excited; angry at having been put through the hoops; the corporate and government bureaucracy, that I must of had her repeat herself two or three times (I don't she minded. She knew me from all these years and how much I had fought this).

So, we scheduled an appointment and she explain that my efforts also resulted in a change in policy, both for their offices as well 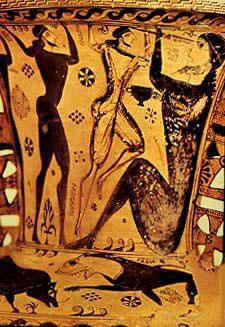 as for Humana's that would allow longstanding patients to remain with their primary care physician provided the physician was willing to keep the patient on. I didn't feel the need to gloat but I was quietly pleased to know that my efforts may also be helpful to others in a similar position as mine. Most people would have given up I realize, but I not one of those people. I don't believe in giving up the fight if the cause is just, be it for me or for someone else. I've been a community and political activist for well over 35 years. I've also helped countless numbers of individuals take on their own "Goliath" over the decades (while "Goliath" is a good, if not common, analogy, I'm reminded more of Odysseus and the Cyclops, Polyhemus, and in particular Odysseus's response as he sailed away; having outwitted this son of Poseidon). I did it from elementary school on; while in the military; in college; and in every job I ever had. It's simply my nature I guess.

As an comical aside, remember those notices I had been receiving from my the original insurance provider mentioned above? Well, I continue to receive them, advising me that my premium remain due while I continue to advise them that I was removed by Kynect at the end of January. Meanwhile, I've checked with Kynect and have been assured that they have been repeatedly notified of my removal from their policy (I was even provided a reference number which I had sent on). Despite their disinterest in my notices from Kynect, I faxed of copies to them all the same. Just a few days ago, I received a new set of membership cards. You just have to love corporate bureaucracy.