A War of Religions

I saw recently where the Islamic terrorist group known a ISIS (or ISIL if you prefer), has gone on another murder spree and beheaded some 60 or so Christians who then posted it online as if it was video of someone's Summer vacation. ISIS, just like Boko Haram and their recent predecessors, the Taliban and Al Qaeda, has been capturing and beheading, hanging, burning, torturing, impaling, raping and even crucifying as many Christians, Hindus, and Buddhists as they possible. The estimate is in the thousands at this point. Collectively, these groups have brutalized entire populations and not just destroyed cities, but blown up and bulldozed irreplaceable cultural landmarks; all available online to drive home their hatred of humanity and commitment to Allah. Each time, they up the ante to be seen as more violent, cruel or simply gruesome. Why? While the answer is multifold, their goal is first and foremost to strike fear in as many people as possible. Fear, they hope, will cause people to flee or submit meekly in the naive hope that they will be spared.

The other reason is more calculated, and perhaps even more terrible. ISIS and groups like them are seeking a breaking point; that line in the sand where not just the West, but the world will become so repulsed that they will fully commit to military action; thereby infinitely enlarging the killing field to every nation on the planet. Again, why? Because of one word---God. These individuals believe with all their might and souls that they are the vanguard of a new "holy" global tempest; that their actions will result in the arrival of the 12 Imam, that is, their Messiah, who will then lead them of a worldwide on a "holy" Jihad of global conquest to destroy any and everything which does not conform to their interruption of Islam; Infidels, wherever found, will either convert on the spot or die on the spot.

What the West, especially the United States, has repeatedly failed to understand is that this is not a war over territory; it is not a war over the control of or access to natural assets. It isn't really a war over ideology as the Cold War was. In truth, this Pandora's Box which we've opened is about religion; something our national government and many in the Pentagon, CIA, and NSA have either failed to grasp or at least admit publically. All wars are terrible, but a religious war is perhaps the worst of all since one is fighting not just for their spot in heaven, but on behalf of the very Will of God. It is through them that God will prevail. Therefore, how do you compromise or negotiate with God? You don't. Even if you're killed, you've assured yourself a place in heaven, so in a sense, your death is a victory. One can also check their humanity and any sense of empathy at the door since their religious leaders have, through their direct connection with God, already absolved them of any guilt or responsibility and bestowed on them the mantle of "holy warrior" or martyr. Thus by believing their actions are not just condoned by God, but commanded by God, they feel free to act without any sense of remorse or pity. So while specific individuals may be killed and their individual knowledge is lost, they automatically are enshrined in the movement's pantheon of martyrs to be emulated.

As if that wasn't enough, this type of religious philosophy also comes complete with its very own built end escape clause; namely that anyone killed by mistake will automatically enter heaven and no blame will be assigned to the one who caused the death. Thus if a child is accidently killed by a roadside bomb, no big deal. The child's death may be mourned but there is no punishment or any stigma. Nifty huh? One is allowed to do as they please with impunity since they have a "get to heaven guilt free" card so long as their actions are in accordance with the perceived "Will of God".

Finally, as I alluded to above, the atrocities being committed in the name of Allah are purely intentional. It's designed to raise the stakes each time in order to bring about the return of the 12th Imam, whom they claim is their Messiah. He will then lead the "Chosen Ones" on a worldwide Jihad to purge the world of all its non-believers---no exceptions; no deals; no compromises. From their perspective, the barbarity of their actions will eventually force the world's hand, resulting in global conflagration and thus purging the world of its infidels.

So, what do you do? Well, first is not to give these groups the opportunity to inspire fear, and that means limiting their access to

a global market via the internet, especially the videos. Yes, there is free speech, but as every first year law student should know, there are limits to what is considered "free speech". Words (or actions) which incite are often not considered "free speech". Thus, their videos as well as web sites should be blocked or scrambled. Secondly, prohibit those who do manage to go either fight for ISIS or become "sex slaves" from returning. Yes, I know it sounds cruel, but you can never fully trust those who left to fight or "service" the enemy. They will always present a possible threat. Additionally, this raises the magnitude of their actions, which may be just what they need. For those groups who want to publically threaten and besmirch America and Americans, as much as it pains me to say, they have that right. But on the other hand, where and when they are permitted to speak is something entirely different.

Punishment of terrorists or those who planned terrorists acts should be swift and severe. Some might argue that severe punishment, such as the electric chair or injections is "cruel and unusual". However, bear in mind that our Founding Fathers found that "cruel and unusual" applied to torture resulting in death. Founders like George Washington were forced to stand a number of individuals "up against a tree". I have to say that since the terrorists use violent means to execute primarily as a media event designed to inspire fear and make a political statement, so must the countries affected. 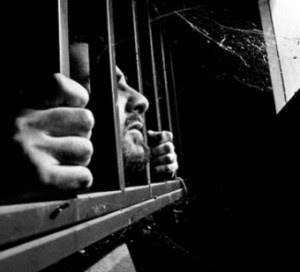 Lastly, and certainly the most controversial, we must never lose sight that this in religious war. Religion is its prime mover for groups like ISIS. In every war the principal objective is to remove your opponents principal sources of power. In some cases that might be oil production or plants, factories, or even food and water capabilities. However, in this case, the enemy's principal military asset is its brand of religion. Therefore, it has to be neutralized.

The quickest way to do that is getting moderate or even liberal Imams to go public often with their disapproval. This can accomplished in any number of ways. I would suggest using all of them since militant Imams from England to contentinal Europe though the Middle East and North Africa aren't exactly bashful in encouraging individuals (especially the youth) to become martyrs and join their "Jihad". Next, we must operate as ruthlessly as they do. Finally, we must remove religious zealot of from their arsenal. This may mean re-employing a tactic first used by General John "Blackjack" Pershing during his tenure as military governor of the Philippines at the turn of the 20th century.

For those who are unfamiliar, Pershing had been stationed in the Philippines as the military governor following the Spanish-American War. While governor, a group of Moslems began an uprising. They proved to be tenacious guerilla fighters; they were a zealous as Al Qaeda is now. Since they believed they were guarantee a place in heaven for their actions (and especially for murdering any non-Moslems). Accordingly, Pershing would publicly executed any of these militants we could lay his hands on. However, before doing so, he would make sure these individuals were publically "baptized" and then after being executed, given a Christian burial. It would occasionally allow one to go free to tell the others what had happened.

This had the effect of denying these terrorists entree into Moslem heaven. That's right---no 72 virgins for these boys. Any bodies found belonging to the Moslem insurgents were given the same treatment. None of the bodies were turned over to their families for reburial. This action too served to drive home the message of no tolerance for militants. While many in Washington disapproved (and some were appalled), Pershing was successful in stopping the attacks by taking the religious aspect out of the equation. Once that was removed, so too was their willingness to simply die. Of course, I'm sure that today we would have to many apologists having a virtual apoplexy over the mere suggestion that we may violated some terrorist's rights and not that lives were saved and the fighting was stopped.

America and the World must wake up and understand that groups like ISIS, Boko Haram, and the rest are not going to stop until they're dead or they accomplish their goal of a worldwide Caliphate whereby everyone is either a part of their version of Islam or they are dead. Europe is being inundated by immigrants, especially illegal immigrants for Libya and Turkey. ISIS and others have already promised to insert terrorist cells within these groups. Russia, which has suffered at the hands of terrorists, must find ways to stop the militancy, both in the short term as well as over the long haul. The same can be said for China, India, most of Africa, and even South America.

The United States Government has long failed the American People by not securing the Southern border. We've also had one attempted act of terror. I have no doubt there will be many more. Like Europe, these terrorist cells come imbedded with the millions of illegal immigrants who cross our border weekly. There has also been several stories of terrorist training centers just across our Southern border; operating in essentially "No Man's Land" controlled by drug cartels, who are apparently hoping the terrorists will kill them last. Such is their Faustian bargain with ISIS and Washington's hubris.