Obama's State of the Union Address

Did you watch Obama's State of the Union? I didn't. To be honest, I just couldn't bring myself to set there a listen to an hour long love fest between Obama and the Democratic members of Congress while the Republicans sat there and groused. And, of course, while you're watching Obama talk about his plans, not America's, you have to watch lap dog Joe Biden sitting there in the background with that goofy look on his face like he's waiting for a treat, and then there's Boehner. He always looks like he's trying to sneak out for a smoke. And in full disclosure, I didn't watch the Republican response which was delivered by rookie Senator Joni Ernst R-IA (as someone who worked on a farm castrating pigs and now Junior Senator, I think she's qualified to be the next President). From what I did hear, however, was well delivered and unlike Obama's speech, mercifully short and straightforward. If only they all could be.

Nevertheless, I did spend some time today reading reviews of the speech by liberal and conservative commentators. I figured it must have been interesting when the first article (from a liberal leaning news site) started out with "fact checking" Obama's speech. All I could think was "wow, he must have told some whoppers". Still, from what I read and the snippets of video I saw, it appears that Obama did take liberties with the truth; taking credit for things that either simply haven't happened (like jobs or the war on terrorism) to outright lies (Obamacare, tax rescue for the Working Class and those who formerly made up the Middle Class). He seems to have forgotten all about overturning Citizens United which gave corporations the same (and more) rights of flesh and blood human beings, or Benghazi, or securing our national borders, or efforts to destroy the net neutrality of the internet, or the increasing spying on US Citizens by various government agencies.

Obama did, however, cover topics like providing two years of community college "free" while not covering how the former Middle Class will shoulder this extra burden. He mentioned tax reform and helping the poor (always great topics in my book), but failed to explain how this would be accomplished while not ticking off the mega rich donors and the corporate oligarchs who now rule America. That should prove interesting. He touched on terrorism but without naming the culprits so to speak. He's repeatedly promised "no boots on the ground" while at the same time trying to find ways to do just that in Syria (Assad isn't exactly a "good guy" but as Middle Eastern dictators go, he's not all that bad). He failed to explain why ISSI or Boko Haram are still functioning (the former a creation of the US, which, like Al Qaeda, has become our "Frankenstein's Monster"). He didn't address our new status as the number two economic power in the world behind China, which happened in December. Not a peep about our declining academic rankings, crumbling infrastructure, or our falling quality of life and the purchasing power of the dollar.

President Obama also didn't address foreign policy. That may be because to most world leaders he's kind of a joke. Most of the major international leaders don't take him seriously anymore. He's proven long on rhetoric and short on follow through. In the world of the never-ending crisis that is foreign policy, credibility is everything, and sadly for the US, Obama has very little while that of Russia's Putin continues to grow. Obama has claimed in a few instances to speak for the American People when, in fact, polls show that he was at odds with opinions of most Americans. Just recently, the Obama Regime failed to send a representative to Paris in show solidarity with the French People following the murders at a French magazine, a police officer, and Jewish citizens by Moslem cowards-sum-terrorists. 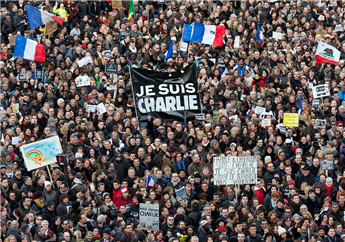 Pretty much every European country, including Russia, had someone there---mostly their presidents. America? Nope. Nada. Nix. In Obama's defense, Secretary of State John Kerry did, however, ask folk rocker James Taylor sing a song to the French People a few days later. Seriously. To our French readers, we are terribly sorry; sorry for the pain you endured at the hands of those who do not speak for or represent Islam, and we're sorry for a American political regime which does not represent the American People. We value our long history of friendship and cooperation. Please know that the American People stand, not behind you, but beside you.

Finally, I would like add just a few more thoughts about Obama and his State of the Union address. Just a few months ago, the American People gave the Democrats a thumping at the ballot box. The thumping was not inductive of a sudden change of heart in support of the GOP. Hardly. The Republican Party is still viewed slightly above used car salesmen and bill collectors. The American People are overwhelmingly registered as Independents, followed by Democrat, and lastly, as Republican. The recent election results reflected America's disapproval with the failed policies of Obama, and those of his party. This results were more "anti" Obama Regime and less "pro" Grand Old Party. The American People will vote the newly ensconced Republicans out just as fast. 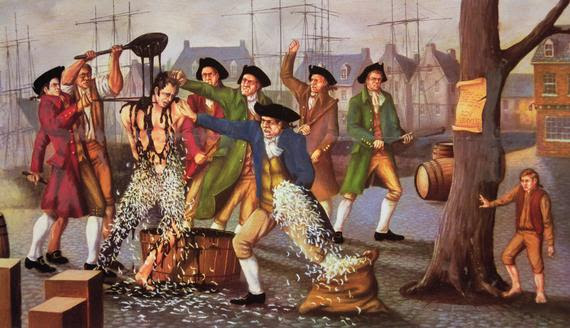 Americans are beyond sick and tired of being sick and tired with both parties and with politics as usual. The fact that Obama, Congress, and the Supreme Court haven't been tarred and feathered and run out on a rail is a testimony to the fortitude of the America People and the fact due to our crumbling infrastructure, there is no rail service to Hell currently running right now.
Obama's tenure as the worse American President thus far is coming to a close, amid the worse performances recently by Congress and completely moronic decisions by the Supreme Court. It will soon be up to us--not them---to write their legacy. Frankly, I have a feeling that Herbert Hoover and Warren G Harding will soon have company. As for us, America can do better; we must do better. We have no choice. Yes, the system bequeath to us by our Founding Fathers is gone. We are no longer the democratic republic they left to us. We are an oligarchy, controlled by the elite rich---the 1%-- and their corporations. But together, we can reclaim our country once more, but time is quickly running out.