I find myself puzzled about the continuing waves of illegal immigrants showing up on our border, despite knowing they aren't welcomed. When I say "not welcomed", it's not racial, ethnic, or even class bias. It's because we're a nation of laws. We expect those wanting to come here to live to abide by those laws.

We're not asking for anything unusual or out of the ordinary. The same countries where these individuals come from have similar laws when it comes to immigration. If there's a difference, it's that their laws are harsher when dealing with illegal immigrants than ours.

Nevertheless, how do they not understand that they aren't welcomed to the United States as illegal immigrants? It's no secret. The U.S. has made it abundantly clear for over a century. If they sneak in, they'll be forever looking over their shoulder. If caught, they will be detained and quite likely deported. They risk losing everything, from their cars, furniture, and whatever else they may have. They may face prison time before being deported. Is this the life they want for themselves or their children?

Some ten thousand young adults and children are currently on our border, hoping to enter. Why just kids? It's because they hope that by being here without their parents, the media will run tear jerk pieces about them. They think we'll feel sorry for them and let them in despite our laws.

Of course, what we're not suppose to know is that once they've gained entry, they can request that their parents and family join them. That means not just mom and dad, but their brothers, sisters, grandparents, aunts, and uncles. So for each individual who enters, you might end up with ten others.

As an aside, of those ten thousand or so young adults hoping to enter the US, some critics claim that up to 50% are positive for the COVID virus (the actual percentage ranges from 5% to 50%. Of those actually tested about 7% have been positive). Nevertheless, they have the same access to COVID vaccines in their native country as they would in the US.  But why would we allow anyone who tested positive or couldn't provide proof of vaccination into this country anyway? 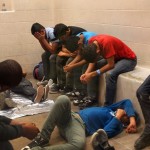 Speaking of which, according to the Center for Disease Control (CDC) and Immigration and Customs Enforcement (ICE), illegal immigrants bring a disproportionate amount of other infectious diseases with them due to the lax immunization requirements in their home country; most of which have been eradicated in this country.

These highly contagious diseases includes TB, mumps, measles, smallpox, influenza, leprosy, and polio. Other diseases commonly include syphilis, cholera, and chickenpox, and that's just to mention a few.  The Border Patrol reported spending over $700,000 on medical cost for 2018 alone.

So, you and I will find ourselves having to support these kids and ultimately, their families with our tax dollars. Most Americans are already taxed to the breaking point, and yet we're being expected to pay more?  So, why are churches, religious institutions, social group, and businesses  encouraging all these thousands of individuals to come here illegally?

I'm sure some believe their actions are motivated  by good intentions or that they have some "moral" imperative which supersedes national or even global laws. Meanwhile, others are looking at self interest such as cheap and disposable labor; a way to bypass labor, safety, health laws or minimum wage (if they're here illegally, who are they going to complain to?).

From a political perspective, Democrats have been the most vocal supporters of illegal immigration. Despite their high minded claims about compassion, their true motive is all about building up their numbers into a undefeatable majority; one that will all but deny Republicans public office at the national level, and quite possibly even the state and local levels as well.

Of course, that means not just getting them into the country, but giving them the right to vote. Some states with Democratic majorities have already started moving in that direction by allowing illegal immigrants to vote at the local level such as the nine metro governments in Maryland and in San Francisco California. Meanwhile, two states, Arizona and North Dakota, allow illegals to vote in non-federal elections.

Meanwhile, efforts by the Democrats to give illegals already in this country "amnesty" goes on nonstop in the hope they'll register Democrat. Ironically, it was the Republicans under President Reagan which was the first party to extend amnesty to illegals already living in the country back in 1986.

Currently, just under 70% of eligible Hispanics are registered as Democrats while 83% of blacks identify as Democrats. Asians on the other hand, tend to register non-partisan or Independent. However, they lean Democrat when they vote, depending on the local majority.

By the next presidential election, there will be an estimated 32 million Hispanics eligible to vote, which is about two million more than the number of potential black voters, making Hispanics the most important minority demographic in the country. Additionally, around 11 million Asians available to vote. However, about 13% of Hispanics don't vote. Why?

They are simply here for work; not to vote, become a citizen or even learn the language. They just want a job and earn enough money to send part of it home to help their family there. This money is critical in keeping local economies going, which, in turn, actually helps to prop up the national government.

Some estimates indicated that approximately 15% of the money earned by these individuals is sent home (the average check is about $250-$300, which doesn't sound like much, but given the cost of living in some countries, $250 could spend like $1000). The most recent study shows that local communities receive as much as $150 billion dollars yearly from this informal "foreign aid".

It's worth nothing too that while roughly 13% Hispanics don't vote, the second largest minority, blacks, do, and they turn out in high percentages. Combined, black, Hispanic, and Asian voters will make up just under half of all eligible voters in America by the next presidential election.

This is compounded by the fact that in states where the Hispanic vote is growing the fastest include states with largest number of Congressional representatives like California, Texas, Florida, and New York. Other key states are New Mexico, Nevada, New Jersey, Colorado, Arizona, Illinois and Georgia. The end result? More bang for the buck...or vote.

On state and local levels, illegal immigrants usually find themselves on taxpayer funded programs. Many are coached by various religious or church backed organizations on how to sidestep local, state, or federal laws and avoid the authorities. Others learn by word of mouth. Either way, they end up getting taxpayer based services they are neither entitled to or paid for through their tax dollars. 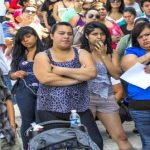 The group most adversely affected by this (aside from taxpayers), are existing low income families who are citizens, either by birth or naturalized. Since there is a fixed budget, the increasing numbers of illegal immigrates, by virtue of their numbers alone, redirect services to them and away from U.S. citizens.  Just how does illegal immigration cost taxpayers?

Because of different reporting requirements, it's difficult to give a precise answer. However, the best estimate is around $116 billion dollars a year though estimates go as high as $135 billion when you factor in lost revenue from payroll and property taxes, medical cost, etc. The residents of Florida, California, and Texas,  pay the lion's share of that with $6 billion, $23 billion, and $11 billion respectively. Rounding out the rest of the top ten states are New York, New Jersey, Illinois, Georgia, North Carolina, Virginia, and Georgia. However, no state is unaffected.

So, the issue of young adults and smaller children on the border is just the tip of the iceberg. There is so much more to consider. Most of those wanting to enter the U.S. admit they are doing so strictly for economic reasons.

The United Nations does not recognize economic migration as a legitimate requirement for anyone seeking "asylum" (neither does Amnesty International for that matter). Those seeking political or religious asylum are required, by international law, to go to the closest non-hostile country. Unless there's something happening in Northern Mexico, that isn't the United States.

We also face integration issues by those coming here who refuse to integrate. By integration, we are talking about use of the English language, and the adherence of our laws, customs, and traditions. In short, becoming Americans. That creates divisions in this country. Do we really want that? If you go elsewhere as an immigrant, you're expected to integrate. So why not here? 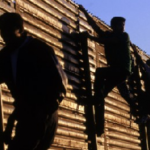 Another potential problem is obviously health issues. Many of  these individuals bring with them diseases which have long been eradicated from this country. Those entering illegally are not screened, which presents a serious national threat.

While political parties use these individuals as pawns in their partisan power grab game, religious institutions use them to increase their membership, and hopefully their coffers, as well as their political clout. Essentially the same as some cash strapped unions, forgetting that these are flesh and blood human beings. Unscrupulous businesses see warm bodies trapped and unable to do anything but work low paying jobs.

Immigration is the right of every individual. So is seeking sanctuary due to ethnic, racial, or religious persecution. However, there are laws and guidelines to follow. America has always been a welcoming country. We are a nation of immigrants. Nevertheless, like every other country on this planet, we expect our immigration laws to be adhered to. Coming to this or any other country illegally is not just wrong. It also shows a disrespect for that country, its laws, and its people.

Remittances matter: 8 facts you don't know about the money migrants send back home

Laws permitting noncitizens to vote in the United States

Crimes by Illegal Immigrants Widespread Across the US...

"It also shows a disrespect for that country, its laws, and its people."

The Globalists care nothing about respect for country.
It is only about grabbing more control and power over the world's resources.

But that has been the nature of humans since the beginning.
How do you fight it?
One must learn to adapt to the everchanging mores of humans in order to survive.

Human behavior is opportunistic at its core.
Just like lions and tigers and bears! Oh my !