Being White in America 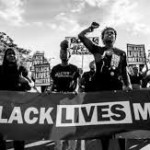 If we want to end racism, shouldn't we end all racism in its various forms? Some claim there is a systemic racism built into this country, going back to its foundation as a result of slavery. Yet, the Founding Fathers stopped the importation of slavery in 1808 (the country was just 20 years old at the time). Slavery itself ceased by 1865. Yet, in its place came the "Jim Crow" laws which sought to essentially undo what preceding history had accomplished.

As a result, America fought another phase of the war, albeit less bloody, but not without its casualties, through the 1960's when the Civil Rights Act became law and Jim Crow became a thing of the past. Since then, traces of racism have arisen, but to a large degree, were dealt with as quickly as the legal process permitted.

Today, just over 160 years after the Civil War, every vestige of slavery which matters has been eliminated. We've had black, Hispanic, and Asian federal judges and Supreme Court justices. We've had numerous black and other minority mayors, governors, chiefs of police, military generals (and head of the Pentagon), business leaders, professionals of every sort, and even a bi-racial U.S. President.

We have colleges and college programs dedicated to black students. We've instituted a whole litany of government programs with one aim; providing black and other minority students with a leg up. We've created programs designed to help single minority females and their children.

I don't think people really care all that much. However, given that these groups, associations, and so forth are directed at and for a specific segment of the population, could they be considered racist? If similar social outlets are applied to every racial group, it would be a false assertion. So, what basis would there be to claim "racism"? Well, let's first define what racism is.

"Racism" is when one group, usually one of numeric size and/or political and/or financial superiority dominates another, often smaller, race or group. In doing so, they deny the minority group something of value, be it access to a job, education, form associations, and so forth.  However, that's not what we have here. In the instances I mentioned above, it's the minority groups which have exclusivity. Need clarification? Okay.

How many academic associations can you name which are white only? I bet none. Do you know of any college or university which has a white history or culture major? How many offer Pan-African, Women, Asian, or Hispanic Studies? Quite a few I imagine. Some even offer LGBQT Studies.  How many white only scholarships do you know of? I'm only aware of one (if it still exists) and its maximum donation was under $500. It would be easier to find a scholarship for left handers!

Do you know of any white only business associations? By law, not a single one. But there are literally hundreds for minorities, such as the United States Black Chamber of Commerce, the Black Business Association, the National Association of Black Accountants, and so forth. There are similar organizations for Hispanics, Asians, and other minorities as well as ethnic groups. 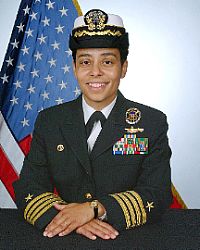 Perhaps it's a good thing these type of organizations exist. They provide unique opportunities to seek out mutual support. It's natural that people seek out what's familiar to them. It makes them more comfortable. It enhances social and professional dealings. But what does it say when one and only one group is legally denied the same opportunity?

Let's talk about social outlets like the media. There are currently around 7890 televisions stations in America and 15,330 radio stations. Of that, ten are black only TV networks; up from just one in 2017. In 1995, black content owners controlled just 2% of the radio market. Today it's 17% (11% FM and 6% AM). Nationally, there are around 52 black owned newspapers and 28 magazines.

Asians have around 31 radio stations, including Chinese, Korean, Vietnamese, Thai, Indian, and Japanese.  There are about a dozen Asian centered television networks, mostly located on the West Coast. Lastly, there are ten or so Asian newspapers and magazines.

There is the Miss Black America, Miss Asian America, Miss Latina, Miss Native American pageants, plus the YMCA Black Achievers, and more which are racial directed, but none for whites. I counted 52 black professional associations for everything from doctors, lawyers, and veterans to hygienists, cops, and fishermen. There are, for instance, 15 professional Hispanic associations with chapters nationwide.

In government, we have the Congressional Black Caucus and the Congressional Hispanic Caucus. There's  even one for Asian and Pacific Islanders too. That is their sole concern. I have no doubt that similar political organizations exist at the state and local levels. Not voters in general, and not those whose district they're suppose to serve. I'm not begrudging a single one of these, but don't cry inequality when the only group excluded are white.What you do for one you should do for all.

I've long held that once elected to office, you were to serve the interests of voters in general and those of your district specifically. You are not there to represent any one group, be it a political party, religious organization, racial or ethnic group. 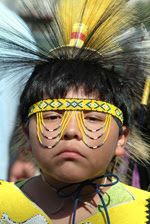 When you fill out a form or application, you're asked if you're Hispanic, Native American (or Indigenous), Asian America, African American, or white. Of those, only "white" and Asian pertains to a race. Hispanic (or Latino/Latina) pertains to a language or culture which derives from Spain.

Asian American is anyone who is of Asian ancestry and now living in this country. Asian is both a race and culture. Finally, African America means that your ancestors originated from Africa and you're now living in America. Neither African or American is a defined as a race. Both are continents.

"African" could pertain to the Arabic north,  central and west coastal Africa is Negroid (a race), or the Afrikaner south which was settled by the Portuguese, Dutch, English and other starting in the late 1400s (most of the land was settled was uninhabited at the time).

I knew someone in college who, when completing his entrance application, identified as checked "African" and was given a scholarship as a foreign student to come here. When he arrived at the college, the admissions department was surprised to see that he was blonde, blue eyed, and, despite a nice tan, was definitely white. When asked what he checkmarked "African", he explained that he considered himself African. He was born there. Grew up there. Went to school there. So did his parents and grandparents. In fact, his family has lived in South Africa since the early 1500's. Guess he had a point!

In short, there are only four major races in the world. Caucasian or "white" which is mainly European and Middle Eastern. Next is Asian/Mongoloid, then Negroid (which is Spanish for "black") which is found throughout Africa, but is primarily in the central part of the continent, and Australoid, which is the native or indigenous inhabitants of Australia and the surrounding region.

Let's look briefly at demographics. America used to be predominately white (European origin), upwards of 80%, until about a decade ago. Non-Hispanic whites today are only 53% of the population and declining. By 2045 or sooner, it will be under 50%. The next largest group are Hispanics. Within the next decade or so, there will be a near parity of whites and Hispanics. This will be followed by blacks and Asians, although in certain areas, Asians will exceed blacks.

White males were once the dominant demographic in the U.S.. For generations, everything was measured against "the white male". Not anymore. According to the U.S. Census Bureau, white males now only make up 31% of the population. They are, by most any measure, a minority in this country. Hispanic males are the new alpha male. With declining birth rates, America's white majority will, within the next two decades, totally and forever disappear in this country. 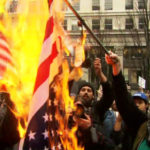 So, let's go back to where we started. Groups like BLM and Antifa oppose systemic racism which they claim exist in this country. I couldn't agree more that racism, in any form, needs to end. However, as we've shown above, the systemic form of racism in this country is not what most people think.

Despite all the thousands of organizations, newspapers, magazines, associations, awards, radio stations, and television networks, not a single one exists which serves the interests of whites only. Not a single one. Every racial group is somehow represented but one. European Whites.

If every racial group is permitted to be represented in whatever form it chooses, then we have racial freedom. However, if there is a single exception, for whatever reason, when do we have racial equality? The logical answer is no, whether we like that answer or not because of who it applies to.

Programs and legislation aimed at helping minorities will have to be readjusted to include whites. How this will play out is anyone's guess. Historically, it's been largely white middle class taxpayers who've footed the bill. So, while systemic racism of a sort does exist. It's just not in the form we think of.

The nation is diversifying even faster...

There you go again, letting all those FACTS get in the way of the Cancel culture.
It has never really been about equality anyway.
It has always been about getting something for nothing.