Is It Just Black Lives that Matter? 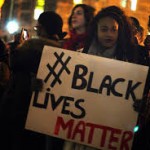 Black Lives Matter. It's a message which seems to be recycled at nearly politically charged event involving black participants. We see and hear it at protests, demonstrations, and yes, even at often violent riots. The implication seems to be that blacks lives are thought of as not being worthy of the same level of respect that other lives---primarily white lives---are. Yet, the underlining message also seems to infer that only black lives matter. Case in point was the recent call by "Reverend" Louis Farrakhan, leader of the Nation of Islam, a racist and Moslem organization, who recently called for 10,000 "volunteers" to arm themselves to go out and kill non-black individuals. Anyone else who would have publically said that as Farrakhan did would have immediately been arrested, or at least called out by the media for hatemongering but nope, not here.

The "New Black Panthers", a revised version of the 1970's Black Power group, is plainly a militant black organization comparable to groups like the Ku Klux Klan except they seem to be able in getting out their message without much backlash. On two occasions in 2008 they were able to prevent whites from voting in the Presidential election through the use of intimidation and threats of violence. The US Attorney General at the time, Eric Holder, refused to hear a legal argument regarding possible violations of the Voting Rights Act of 1965, citing that it pertained to minorities only and as such, whites weren't protected under this law. More recently, members of the NBP have openly called for the killing of whites. Other individuals and groups have targeted police officers in general, apparently not so much because of their race, but because of the recent incidents involving police officers (mostly white) and the shooting deaths of black individuals. 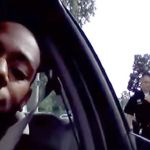 Historically, there have been numerous incidents going back decades where black individuals have been randomly stopped by police for allegedly "driving while black"; often claiming to be victims of racial profiling; charges which appear not to apply to other minorities such a Hispanics and Asians for some reason. Officers are rarely charged, claiming that they had detained individuals who either fit a description of a person of interests or that there was some sort of violation under the catchall "probable cause". I've often heard stories from black friends of mine about being stopped for no obvious reason, or of being instructed by their parents on how to respond should they be stopped and how they have lectured their own children and grandchildren.

The shooting deaths of individuals like Trayvon Martin (not shot by a police officer but by a so-called block watch captain during a scuffle) and extending to some high profile cases such as Michael Brown, Eric Garner, and Tamir Rice to several less covered stories seems to be the basis for the latest upswing in protests and riots. In some cases, there was apparent justification by the police for

their actions such as assault, shot during the commission of a crime (like looting or robbery) while in other cases it was more ambiguous, while still in others it was simply incompetence or outright murder in my opinion. In a majority of the cases, the police officers involved were acquitted though some officers were tried and found guilty for their actions.

But I do want to add this---there is a very definite difference between protesting and looting, robbing, and vandalizing. Protesting is our right (for now). It's guaranteed under the Bill of Rights (again, for now). Is says we have the right to freedom of speech and the right to peacefully assemble. It does not say we have the "right" to steal and rob at random, or burn businesses or cars. It does not say we can throw Molotov Cocktails, rocks, bottles or anything else at the police, firefighters, or EMS. Nor does it give us the "right" to start impede traffic by standing in the middle of road, banging on cars or throwing rocks at passing vehicles. Doing any of this is not only stupid, but puts you directly in harm's way, for which no one other than yourself is solely to blame. You want to protest? Great. Just use some common sense and have some respect for others and their property. Now with that said, let's move on.

Interestingly, a Washington Times report from April 21, 2015, indicated that more whites were victims of police shootings than were blacks or other minorities, yet it has been the killing of blacks which has generated the most media coverage and outrage. A Washington Post article detailed that approximately 385 individuals have been killed nationally by police thus far in 2015. 80% of the victims were armed while 62 individuals were unarmed or had toy or nonlethal weapons (an additional 6 were undetermined). 92 of those killed were identified has having some form of mental illness. The report indicated that about half of the victims were white while the remainder were made up of mostly black and Hispanics with blacks being killed at a rate of three times that of whites or Hispanics. By the same token, 26 police officers have been killed in the line of duty so far in 2015; half of whom have been black officers. Ironically, more police officers die by suicide than are killed on duty. 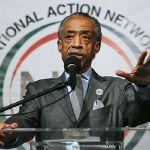 This brings us to another question, rarely spoken out loud, which is on people's mind---are we on the verge of a race war? If you were to accept the media's interpretation of events, the answer may be a qualified yes. Certainly they tend to overemphasis the scope of what's actually happening, which in turns, fans the flames (in fact, there has been reports where the media's presence actually encourages the violence). Without a doubt, there are certain racists and domestic terrorists who would love to see the anarchy resulting from a race war. Perhaps believing their power would increase or that there would be little repercussions for their group. There is without a doubt a dramatic increase in black on white crime (including the so-called "knockout game", which appears to be nothing more than a hate crime directed against whites), although black on black crimes is also on the increase as is black on Hispanic crime. However, I think that, in truth, there are is a more sinister twist. There are those in the highest levels of power who seem to have an agenda in keeping Americans divided anyway they can (I'm not necessarily talking about politicians, but those who control the politicians and politics of this nation).

For them, a divided America keeps everyone at each other's throat and fighting amongst ourselves. That leaves them free to do tighten their grip on our freedoms. They've already been successful on implementing a neo-police state; usurping whole sections of the Constitution and Bill of Rights. They've been successful in destroying the power of unions and turning them into a tool to keep workers on production lines and off picket lines; of accepting less by working more. They have used the courts to turn corporations into "persons" except that they have more political and economic power than flesh and blood citizens. These same individuals have devastated the middle class and created a nation of economic serfs. They have been able to finance their greed off the backs of taxpayers. They have hijacked our electoral system through gerrymandering and unlimited corporate finance of campaigns (thanks largely to Citizens United). They have turned this country from the democratic-republic of our Founding Fathers to an oligarchy, beholden to the 1% and their corporations.

As long as we're divided, we cannot effectively fight back and retake our country, and that's the idea. While there will always be those foolish or ignorant enough to follow along, personally I believe all lives matters. I have no time for hatemongering or those who subtly promote it. I think we need to tear down the barriers they have helped to create and come together as a nation so we can address the real problems facing America.


Here's A Timeline Of Unarmed Black Men Killed By Police Over The Past Year
http://www.buzzfeed.com/nicholasquah/heres-a-timeline-of-unarmed-black-men-killed-by-police-over#.rr24r58v


The number of police officers shot and killed is down this year
http://www.dailykos.com/story/2015/09/02/1417623/-To-be-clear-the-number-of-police-officers-shot-killed-is-down-this-year-and-1-2-killed-are-Black