I was listening to a friend of mine's radio show recently. He was talking about the latest misadventures of the Mayor; the Metro Council, and our "once great" newspaper; all of whom seem to coordinate efforts their misuse of the public's trust in his opinion. Truthfully, I was amused by his litany of adjectives in describing each---always with added emphasis on certain key words. However, it was in those descriptions that I noticed a continuation of a trend common in most conservative talk shows, news shows and mailings sent out from various associations and groups.

I noticed their rather loose use of the terms "socialist", "Leftist", "Communist" (or the more purgative word "Commie"), "Progressive" and "Liberal". They seem to throw these terms around indiscriminately or use them interchangeably as if they meant one and the same. Of course, they don't. Nevertheless, this got me to thinking---what does government behave like? It certainly doesn't behave as "socialist". This would imply that control would rest with the people; that there would be no Wallstreet, private banks, income gap, and so forth for instance. Socialism means the common ownership of the means of production with an eye toward equality---social, political and economic---for all the citizens. On the Authoritarian Scale, Socialism rates relatively low though it is strongly centralized. Communism means that the State owns everything and the people work for the State. That means little or no private ownership of property, businesses, banks, or anything else. As expected, a centralized government of this nature would rate very high on the Authoritarian Scale. Does either of these sound like the government you know?

Now, how about the other side of the coin, Nazism and Fascism? We often hear the Left refer to everything done by the Right as being one or the other, but is it really? Nazism (derived from the German term for National Socialist German Workers Party or NSDAP), was originally a small Rightwing discussion group known as the German Workers Party or "DAP", co-founded by Anton Drexler (the "socialism" in the title pertained to Germany as a community of communities and not to the unusual meaning of the word). Later, it evolved into the NSDAP under the leadership of key individuals, including brothers Gregor and Otto Strasser, Hermann Goring, Joseph Goebbels and, of course, Adolf Hitler. Nazism is often described as a Right wing ideology, however in actuality it was center-right in that it derived its policies from both the Left and Right (in terms of economic policy for instance it was Keynesian and included expansive social programs, common at the time, and operated on a four year economic plan). Hitler opposed unregulated Capitalism as much as he detested Communism. It also incorporated a expansionist foreign policy (again, common at the time) and a racial purity policy, which made it somewhat unique as well as nationalistic and militaristic.

Under Nazism, which is a form of Fascism, the government was highly centralized, often operating under a dual governing system whereby government appointed department heads would often be in direct competition with party officials who were operating under similar authority. The idea was to foster internal competition and, thereby, creating a more innovative and efficient system (this rarely happened and often resulted in conflicting policy directives). The government was overseen by a single leader---Der Fuehrer---while departments operated more or less autonomously. Under Nazism, individual unions were disbanded and replaced by a single national union---the German Labor Front or DAF--- while many of the earlier union demands were made into law. Nazism rated high on the Authoritarian Scale.

Fascism was the brainchild of former Italian Socialist activist and newspaper editor Benito Mussolini who abandoned the precepts of socialism in favor of nationalism following his experiences in World War One. According to "ll Duce", Fascism is best described as "corporatism" in which government is run much like a corporation and in close partnership with the business world. Unlike any of the above, Mussolini was President of a governing committee of ministers (and near war's end, was voted off the committee, and thus out of power). While considered a Rightwing ideology, Fascism actually draws from the Left and Right though it strongly favors corporate dominance. As stated by Italian historian Gaetano Salvemini in 1936, Fascism makes taxpayer bear the costs of corporate failures and added that "profit is private and individual while loss is public and social".

That means there could be an increase in certain social programs (typically Left) while decreasing corporate regulation and increased cooperation with the wealthy while taxpayers paid for bad business decisions or business related expenses. It is high in terms of centralization and is often accompanied by a police state along with a strong Executive. Like Nazism, Fascism is also highly martial, meaning a strong military and an influential military industrial complex. Under Fascism there is typically a large gap between the wealthy and everyone else. Unions, under Fascism, were largely co-opted into supporting corporate dictates or banned and outlawed. Fascism rates moderately high to high on the Authoritarian Scale. 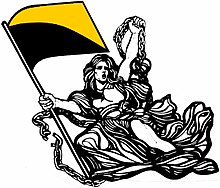 Lastly, let's briefly discuss Libertarianism. Libertarianism essentially embraces the concept of "self-government" and voluntary cooperation or participation although there are numerous variations covering the political spectrum from Anarcho-Capitalism and Left Libertarianism to Anarchy and Ayn Rand's Objectivism. As such, Libertarianism doesn't fit neatly on the Left/Right Political Spectrum., but it usually endorses only the bare minimum amount of government needed to maintain the social order and promote trade with emphasis on individual and political freedom. As odd as that may seem to us today, several of the Founding Fathers were strong advocates of this form of government; most notably Thomas Jefferson and Thomas Paine. Libertarianism prefers a laissez-faire economy, which is defined as self-regulating with minimal or no government or outside control beyond the marketplace itself. Unions are permitted, if, however, participation is voluntary and remains off limits from the government interference. Many, however, doubt that given the complexity of today's society that Libertarianism would be practical. Nevertheless, it remains a active and popular political ideology.

There you have it. Now, after you've had an opportunity to review each, which one do you think we have today? Are we the emerging "socialist" or Communist nation that those on the Right claim? Is the Left destroying Wallstreet and eliminating corporate influence over government? Or do you see corporate power over government as the central problem? Is Wallstreet exerting too much power over the direction of US domestic and foreign policy? Is the military industrial complex more or less influential? What do you think about the power of unions---have they become stronger or have they largely been co-opted by big business or even made ineffectual?
What's your opinion about individual freedom---is personal freedom expanding or are we "under the microscope" more today? What about government regulation of business, wages and the income gap, quality of life, the Middle Class, social programs, and personal opportunities? Are they growing or contracting in relation to yourself and other individuals?

I think most of you will agree that our current social, political, and economic situations doesn't favor ordinary individuals. Wages, in terms of buying power, has been on the decline since the late 1970's. Individual freedoms have also decreased since 9/11 while there's been a marked increase in government surveillance by various national security agencies as well as serious infringements on the Constitution and Bill of Rights---all for our own protections naturally---not to mention the militarization of the police. Taxes and job security certainly don't favor the Middle Class (or what's left of it). Unions, which have been on the decline since the early 1960's, have become impotent. Most survive by being the water boy of the corporations they're supposed to be protecting the employees from.

As I often mention, we are no longer the democratic government of our Founding Fathers. The 2014 study by Martin Gilens of Princeton University and Ben Page of Northwestern University confirmed what the majority of Americans intuitively knew---we've become an oligarchy. The government is no longer "our" government. It serves the interests of the 1% , which includes a handful of corporations. There's one more thing I should mention about Fascism, and that's it tendency to demonize what it fears the most. By demonizing socialism or certain individuals or countries, it is attempting to implant a negative image in your mind in order to build up an automatic rejection. Fascism was successful with that tactic in Germany, Italy, Spain, Argentina, Romania and elsewhere. There's no reason to think it won't be successful here. So, the next time someone claims America is becoming "socialist" or "Communist", be sure to point out their mistake.


The 10 Planks of the Communist Manifesto
http://laissez-fairerepublic.com/tenplanks.html


The Transformation of American Democracy to Oligarchy
http://www.huffingtonpost.com/akbar-ganji/the-transformation-of-ame_1_b_7945040.html