A Matter of Perspective

When you think of poverty, what comes to mind? Is it some third world country, perhaps in Africa. or Asia, or maybe even in Latin America? Perhaps too you think about cardboard shacks, raw sewage, dirt for roads, no indoor plumbing, filthy water for washing and drinking, and little kids---barely clothed if at all---playing around garbage dumps while slightly older children rout through recently discarded refuse for anything of use. Electricity, if there is any, consists of a few bare bulbs dangling for a cord, sporadically dimming or blinking going out, leaving its occupants huddled in the dark. And almost always, just a few miles away, live the obscenely rich in their townhouses and walled estates; who throw out more food in a day than some of these people see in a week. If they're lucky, some of the poor are employed by these individuals, not that they actually make much money, but they at least have jobs which provides some relief from the misery of their poverty, and they earn at least something. If they're lucky, some can sneak some of the scraps and throw outs back home. The city where many live, just a few miles away, glows throughout the night. No brownouts there. No cold nights or oppressively hot days, not in their climate controlled condos or mansions, or in their chauffeur driven luxury cars. This was what income inequality looks like for the vast majority of the world's population.

While the United Stated sends billions of dollars and in-kind aid overseas, much of it goes to corrupt petty warlords, generals, so-called "Presidents" and their cronies in exchange for American access to their airspace, or refueling fields, or securing favorable conditions for US corporations, all under the auspices of a "positive foreign policy" of course. Most of the these wannabe dictators personally despise the US and everything it supposedly stands for, but they sure love our handouts. Only a small percentage of US aid actually makes it to the people. Most of it is squirreled away in private bank accounts, or skimmed off as bribes or sold on the black market. Is there any wonder rampant famines continue to exist? Why, with the billions not just the US exports, but the UK or Europe send every single year for decades, is there still inadequate drinking water, disease, insufficient or even no housing, let alone schools or proper irrigation and farming.

A very good friend of mine once told me that Communism doesn't arrive with tanks and warships. Communism comes with hunger and a sense of hopelessness. To bring that more current, one could argument that fanatical religious extremists don't arrive with massive

armies or navies, but with zealous fervor to stamp out what they see as corruption of their religious ideals in the face of inequality. Religion is a powerful weapon. It always has. It offers comfort in exchange for control. After all, how you argue or compromise with God? Even our so-called allies are hedging their bets and quietly financing and arming these black clad "psychopaths for God" with the same foreign aid dollars we giving them! Of course, it too is based on fear. Perhaps a great deal of fear. If you look at the history of West, you will find the expansion of our ideals alien to the native inhabitants. Alien in the sense that they are often treated as inferior; of where they are dispossessed in their own land; of where there is vast inequality.

We've overthrown democratically elected governments that we didn't agree with (or to be more accurate, that certain corporate interests couldn't work with). In exchange for overthrowing these governments (or assassinating or jailing their leaders), we've helped to install brutal military juntas who conveniently grant special "concessions" to a few privileged corporations in the name of "free trade" while the US government quietly continues to prop them up as they go about torturing, imprisoning, and murdering their own people. While Communism may not come with tanks and warships, it appears the corporate capitalism does.

Hard words to hear, but every word is true. I know you know it too. Just about every military venture from the 1890's to present day has been about using US taxpayer's dollars and blood of our US military service men and women in order to boost the bottom line for some corporation (with the possible exceptions of WWI, WWII, and the Korean War, but you can bet great sums of money was made supplying all sides). We did in Cuba, El Salvador, Panama, Nicaragua, Mexico, Africa, and Southeast Asia. Yeah, I know we weren't and aren't the only ones, but those other countries aren't my concern. This country is. Our Founding Father's warned us repeatedly about "foreign entanglements". They also tried to teach us about a limited government and the perils of allowing a powerful centralized government to emerge, not to mention the potential danger of banks and artificial entities that we call corporations today (they also warned us about the folly of political parties too but did we listen?). We grew lazy as a nation. Instead of being vigilant of our freedoms, we trusted government to protect them---something akin to letting the wolves guard the henhouse...and likely with the same expected results.

So, now we're faced with illegal immigrants pouring in from Latin America and a government either unable or unwilling to doing anything it; hoping they can ignore the American People long enough the problem becomes so severe that it can't reversed and the invasion of America become a fait accompli, with corporations getting a overabundance of potential workers to fill a limited number of jobs, which will, of course, drive down wages and benefits while also decreasing the likelihood of employee unrest (after all, with union representation at an all time low, everyone could be easily replaced by the next warm body standing in line for failing to toe the corporate line). However, with unions largely left impotent these days thanks largely backwards looking and greedy leadership, they see only the potential to fill their nearly empty coffers with low skilled worker's dues without offering them any real power. 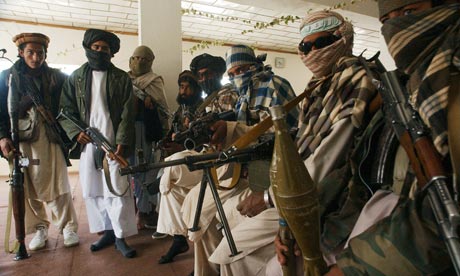 Overseas, we're fighting wars where we should not be involved, but to a large degree were responsible for starting so that our new oligarchy could make a killing...figuratively and literally. Those who attacked us on 9/11 were originally US trained and financed to fight the Russians when they invaded Afghanistan; they were even celebrated in the media as "freedom fighters", and then we abandoned them. Those who attacked us on that fateful day in September planned and operated from Afghanistan. That should have been our one and only target. Iraq had no "weapons of mass destructions", but Saddam Hussein was holding together a tender box and keeping a troubling Iran at bay (besides, we overthrew the previous Iraqi government and put him in power. He also supplied us with cheap oil and secure bases. We counted Hussein as a "key regional ally" for decades just like we did for the Shah of Iran, Noriega and Batista). We implicitly gave him the go ahead to invade Kuwait, and then "liberated" it amid public promises of government reforms for its citizens after oil profits dropped, while privately obtaining special concessions for its oil and removing a potential regional military threat for Saudi Arabia, again, in exchange for further oil concessions.

Such is the world we now live in, where individual lives and fates of nations are dictated by potential profits. In the end, a few,

secreted away in private boardrooms, has reaped a whirlwind of profit and power while the rest of us has reaped the whirlwind. Is it any wonder that corporate capitalism is so despised by the majority of the world's population? Even here at home, corporate capitalism is increasingly looked down on by the next generation, the Millennials, not to mention some of the graying Babyboomers. Our democratic republic has been replaced by an oligarchy and we're on the short track toward fascism. This is not what our Founding Fathers wanted for us. This is not what we wanted for ourselves. It sure isn't what we want for our children and grandchildren. The only real question of any substance is what are we prepared to do about it?