Spartacus. A name which has inspired down through the ages. For some, the inspiration was fear of a possible rebellion, be it of strikers from a specific industry or the working class as a whole who had grown sick and tired of the empty promises and platitudes made by factory owners or party bosses.

For others, the name of Spartacus inspired hope. It showed that, united, the people could challenge the oppression leveled by the powers that be. The famous French philosopher Voltaire said that the rebellion led by Spartacus, also known as the "Third Servile War" (73 BCE - 71 BCE) was "the only just war in history".  Perhaps it was.

The name of Spartacus has been used repeatedly as a rallying cry against injustice and oppression, be it against working conditions, wages, or discrimination based on everything from age, gender, religion and so forth. It was called upon during the fight for voting rights by the Suffragettes during the first quarter of the 20th Century just as often as it was around by unions as they began taking shape in the latter half of the 19th.

The mythos inspired by the name of Spartacus has been used in pro-democracy revolts opposing authoritarian governments such as the 1848 uprising in Imperial Germany, the Paris "Commune" of 1871, the Russian Revolution of 1917, and the second German Revolution of 1919 as well as the "Color Revolutions" of Eastern Europe  and  the "Arab Spring"  uprisings in the first decade of the 21st Century.

I bring up the topic of "Spartacus" after having read of short but very informative article by Gavin J. Maziarz of Gettysburg College, published in August 2022 in "The Gettysburg Historical Journal" (Volume 21 Article 1) about the rebel leader on the second anniversary of the January 6th protest in Washington in 2021. 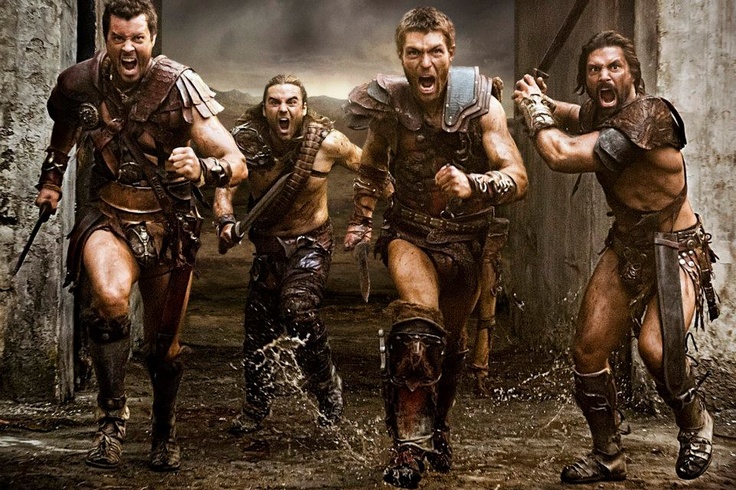 The article, entitled "The Spartacus Rebellion, More than a Slave Revolt" deals with more than with Spartacus as leader of the Third Servile War (along with Crixus, Castus, Gannicus, Oenomaus) and the successful escape of 70 gladiators and ordinary slaves out of an original 200 who attempted to break out from the ludus or gladiatorial school of Lentulus Batiatus.

The article, which is only about ten pages long, discusses the modern political implications of the revolt, albeit primarily in Marxian terms, within the context of today's political collapse. To be sure, one doesn't need to be a Marxist to understand the implications of a revolt against an oppressive political system by those at or near the bottom of the social ladder.

In fact, given that CEOs make approximately 324 times that of an average worker or the fact that the top 1% control more wealth than the middle 60%, it's a wonder something hasn't happened already. The implications of a lower and middle class revolt in light of this should be obvious, especially in light of mass looting and arson under the label of "peaceful protests" by Antifa and BLM when Trump was elected and following the deaths of George Floyd and Breonna Taylor. One could even include the January 6th protest and brief occupation of the House by some of those on the extreme political Right.

Poll after poll has for decades reflected the public's distrust and dislike of Congress, the Presidency, and even the Judicial system. America has morphed from a democratic or Constitutional Republic into a neo-fascist Corporatocracy run by the aforementioned 1%.  Citizens are forced to bear more and more of the tax burden while corporate lobbyists write laws for the benefit of an elite few.

Corporate interests own both political parties, underwrite their campaigns while ensuring Independents (the nation's largest political bloc) and third parties are kept out of the "People's House" as former Speaker of the House Nancy Pelosi refers to the House of Representatives. The media serves the ruling oligarchy as their propaganda arm, controlling nearly everything we read, watch, or hear (just five mega corporations own 95+% of all media outlets).

The revolt by Spartacus was about an attempt by a few to reclaim the freedoms taken from them by an all powerful state. Although they shook Rome to the core, defeating two professional legions and several cohorts in the process, the rebels ultimately loss. Of those not killed, around 6000 survivors were crucified along the length of the Appian Way from the city of Capua to the gates of Rome itself. A distance of some 120 miles which serves as a reminder that freedom isn't free and once loss, is difficult at best to obtain again.

You'll find a link to Mr. Maziarz's article below. We hope you will check it out. I think you'll agree that given the political climate of the world in general and the United States in particular, we could use more individuals with the drive and vision of a Spartacus.

The Spartacus Rebellion, More Than a Slave Revolt

The top 1% officially have more money than the whole middleclass

Top 1% of U.S. Earners Now Hold More Wealth Than All of theMiddle Class

Oxfam says wealth of richest 1% equal to other 99%

CEOs Made 324 Times More Than Their Median Workers In 2021,Union Report Finds

The Jan. 6 uprising is simply the first of many to come.
And keep this in mind, oh tose of you who are quick to call it an "insurrection":

Where in recorded history has a successful revolt happened WITHOUT weapons being brought to the "party" by the revolutionaries ?

Jan. 6 was meant to shake up the ruling elites and send a signal to them that all is not well in their myopic world.

And I am not the only one who believes such.
In June of 2022, POLITICO published an article entitled:

How Elites Misread Public Opinion
Political scientists are using experiments to get inside the heads of political power-players — and their findings have major implications for the future of American democracy.