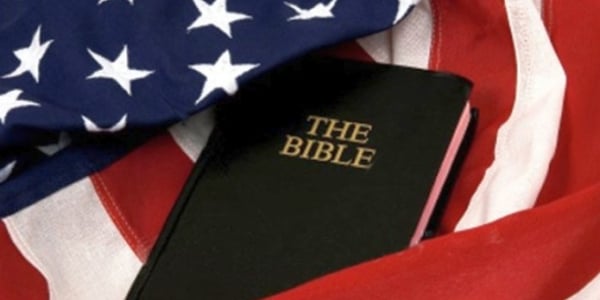 According to a Gallup Poll from December 2021, 75% of Americans identify with some form of religion. Of that, 69% named Christianity as their religion of choice.  When asked for specifics, 35% said Protestantism while 22% said they were Catholic. However, 12% said declined to say.

Meanwhile, 7% of those surveyed said they weren't Christian. Of those, 2% professed to being Jewish, while 1% each identified as Muslim or Buddhist. 3% declined to answer. But it's worth noting that 22% of those interviewed said they had no religious preference.

The significance of this survey comes into focus when you look at a similar survey conducted in 1971 when 90% of those interviewed identified as Christian, a 15% drop over 50 years, or about two generations. Further highlighting the shift was that in 1971, just 6% said they weren't Christian and a mere 4% had no religious preference.

The 2021 Gallup Poll said that 49% of those who adhere to a religion felt said that it was important to them.  Another 27% said it was "fair" important, while 25% felt it was of little or no particular importance.  But back in 1965, it was quite different. Then 70% of those survey said religion was "very important" to them. That dropped to 52% in 1978 before rising to 60% in 1990 where it remained consistent until 1996 before dropping to its present level of below 50%.

Church membership and attendance are two other key factors affecting religion in America. In 2000, Gallup asked participants if they attended a religious service in person or online, 44% said they did. Compare that to 49% in 1958 who attended services. By 2021, that number had dropped to just 29%. When it came to membership, the numbers are just as bad. When Gallup first asked respondents if they formally belonged to a church back in 1937, 73% said yes. In 1999, that number was still pretty high with 70% saying they were. However, in 2021, that figure had dropped off to 47%.

When we break those numbers down further in order to get a clearer picture things get really interesting. First, the largest drop in membership was among Catholics who've dropped from 73% in 1998 to 58% as of 2020. For Protestants, it went from 73% to 64%, with mainstream churches (Lutheran, Baptist, Methodists, Presbyterian, United Church of Christ, etc) being hit the hardest. Even Evangelical churches, which had the largest growth just a few years ago, are seeing record number declines.

As an aside, a 2018 Pew study showed that for the first time ever, the majority of Hispanics in America are no longer Catholic (something I'm sure certain Catholic service organizations were expecting when encouraging Latinos to illegally enter America). In 2009, the number of Hispanics who considered themselves Catholic was 57%. By 2019, that number had dropped to 47%. 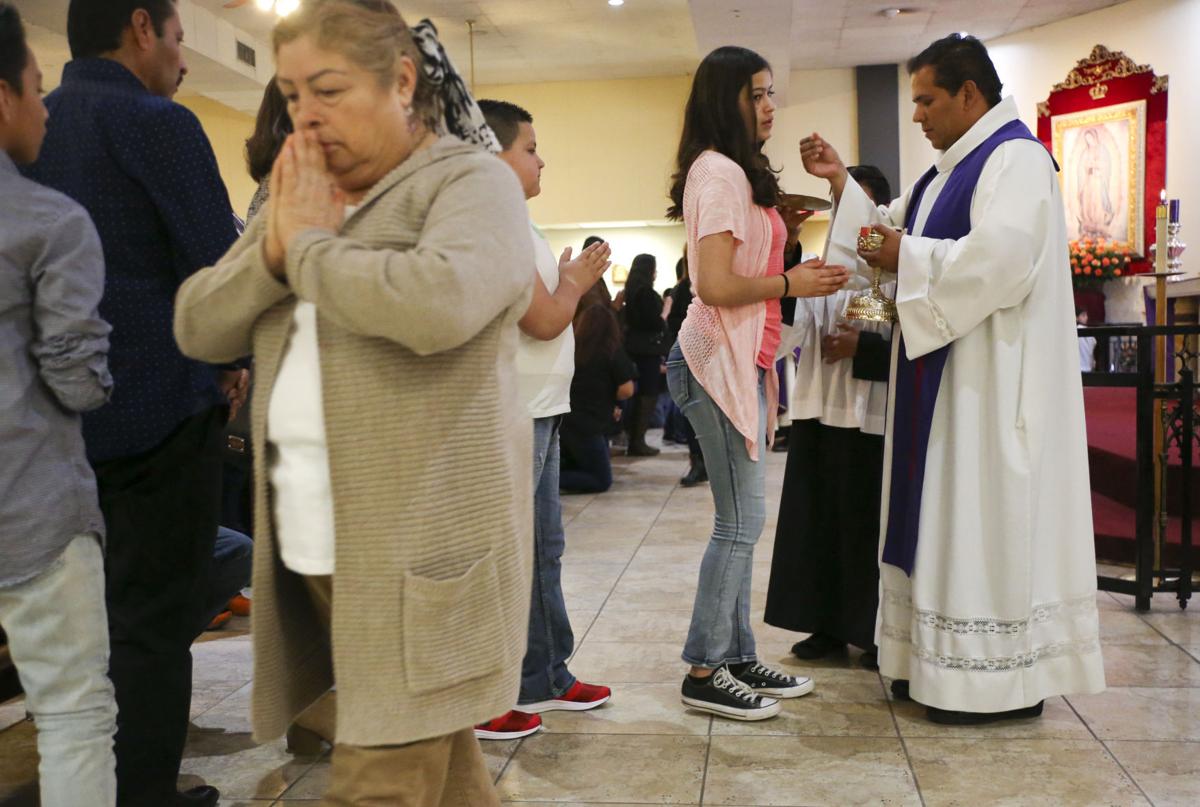 Hispanics who considered themselves Protestant rose from 23% to 26%. Of those, the majority self-identified as Evangelical. 3% said they were no longer Christian, while an impressive 23% said they were agnostic, atheist, or nothing in particular.

There's a great line from the novel "Dune", written by Frank Herbert that says "When religion and politics ride in the same cart a whirlwind follows". Although there's nothing in the Constitution about separation of church and state, America has done a great deal to keep religion and politics as separated as possible. It's not that the Founding Fathers disapproved of religion, far from it.  They were just fearful of a state created religion like what had forced others from Europe.

Under a state religion, others exist at the discretion and magnanimity of those in power; to be granted or withdrawn at a whim. In addition, the state church imposed a tax on the citizens as well as on the non-state churches. In addition, the members of these non-approved churches were required to support their minister and church which represented another tax burden many couldn't afford.

The decline of religious membership and participation among Liberals went from 56% to 35% over the last 20 years, a 21% drop. Among moderates, they experienced a 21% as well, going from 66% to 45%. Perhaps not unexpectedly, Conservatives fared the best, falling 14% from 78% to 64%, which still represents a majority.

When we break it down along partisan lines, Independents, who are the nation's largest political demographic, fell from 59% to 41%; a 18% drop.  Democrats saw the largest drop, going from 71% down to 46%, which represents a falloff of 25%.   Again, as expected, Republicans had the least drop. Over the last 20 years, they've gone from 77% to 65%, which once again still leaves them with a majority of participants.

It's ironic that the Left it portrayed by the media as being morally superior, while accusing Conservatives and Republicans of corrupting Christianity; of advocating a form of "neo-fascism" Christian Theocracy the way the Taliban has corrupted Islam. After all, wasn't it said that if fascism ever came to America it would be wrapped in the flag and carrying a bible?

They cite the Right's push for mandatory prayer in school while ignoring other faiths and the non-religious, while also encouraging pray at social functions, not to mention limiting or prohibiting diversity and cultural inclusivity (aka "multiculturalism").

The Right, on the other hand, cite the need to recreate a "melting pot" where no one group is better than the other. At the same time, for a society to prosper, they argue that a society must share a set of common values and a common language. "You have to stand for something or you'll fall for anything", isn't that the promise of a "anything goes" society?

They also point out that the religious Right was behind the move by the Supreme Court to reverse Roe v. Wade, and thus making abortion illegal. The Left sees abortion as a "pro-choice" issue, whether anyone else agrees with it or not. It's their position that a woman has the right to do with her body as she pleases while the religious oriented Right hold that that option ended the moment she became pregnant.

Even what constitutes a "unborn child" is disputed! The Right says that at the moment of conception, life has begun and all future decisions must be based on that. Meanwhile, the Left believes the process of life (cell division) may technically begin at conception, but you don't have a "life" until there's a heartbeat and brain activity (the absence of which is near uniformly acknowledged as death by the medical community).

There are some on the Right who believe that the pregnancy must come to term no matter the circumstances of the pregnancy (ie: rape or accidental) or possible medical disabilities that might bring up to and including those affecting the mother's wellbeing, and will cite cherry picked passages from the scripture of their choice to support their claims. But what if the individual isn't of their faith or culture? What then?

Other issues which separate the Left and Right along religious lines include the acceptance of homosexuality, the admission of female clergy (or gay clergy), the role of women in church and at home just to name a few. None of these even touch on groups like the Amish, Mennonites, Quakers, Mormons, and other non-traditional religions which have either in part or in totality rejected aspects of modern society.

As an aside, the Mormons are one of the few Christian sects which has actually maintained their numbers. While the Utah based church hasn't grown, it's numbers haven't dropped off like other Protestant denominations have (in 2020, the growth rate was 0.6%. In 2021 it was 0.85%). It's primary areas of growth has been in Africa despite a significant drop in missionaries (thanks mainly to Covid-19).

So, what religious based groups are doing well?  In the U.S., the fastest growing organized religion is Islam, albeit the numbers themselves are extremely small. Islam makes up less than 1% in the U.S. and it's growth rate has been 0.6% to 1.5% over the past few years. Nothing to write Mecca about! However, Islam is expected to surpass Judaism in the very near future with Islam reaching eventually about 2.8% of the population compared to 1.8% for Jews. Non-organized religions such as pantheism, paganism, Wiccan, Native American, and African faith systems are also growing rapidly as is the more secular Humanism.

It's also worth noting that since the collapse in the 1980's of Communism in Eastern Europe, churches have made a comeback in a big way. Under Communism, atheism was the defacto "state religion". Nevertheless, efforts to suppress or even outlaw religion under Communism was largely unsuccessful. Growth mainly among Eastern Orthodox, Catholicism, and Lutheranism has rapid and sustained.

Even in the former center of Communism, Moscow, President Vladimir Putin is a semi-regular attendee at religious services where 71% openly identify as Orthodox, 10% Muslims and 15% who remain "unaffiliated".  87% of Poland are Catholic. 95% of Romania and Moldavia adhere to some religion. 84% for Croatia, and so the story goes.

Religious freedom was denied the people of Eastern Europe for nearly 50 years. Now it's back with a vengeance. Perhaps you have to lose something to realize its value, which for the people under Communism not only included freedom of religion, but by extension, freedom of expression and speech, association, movement, ownership of property, equality of justice, and control over our own persons.

Religion is not mandatory in the West. Those days of autocracy and official religions have thankfully long passed. Today we have the option to accept or reject it. In other parts of the world the people don't have that choice. The state has made the decision for them as to what's acceptable or not, and the penalty for rejecting that decision can be brutal, if not fatal. Migrants to Europe, who claim to be seeking economic and social freedom, are trying to impose their repressive religious and social values on the very citizens whose nations accepted them.

The Founding Fathers intended to create a new society where we had the freedom of religion (which by definition also includes freedom from religion). This freedom meant you could freely practice your religion but you couldn't impose it on others. It also meant the state was prohibited adopting any religion or from imposing any religious beliefs or penalties in its citizens. For its time, this was huge.

Our Founders bequeath to us a freedom of choice, which implied, among other things, the right to believe as we were so inclined too, as well as freedom of speech and expression, association, the right to a fair trial, and the right to defend ourselves from those who would seek to deprive us of these and other rights, which goes to the Founder's belief in the natural and preeminent rights of the individual.

How Religious Are Americans?

Majority of Hispanics in the U.S. no longer Catholic newstudy finds

The Unlikely Rebound of Mainline Protestantism