Two Peas in a Pod: Nancy Pelosi and Mitch McConnell 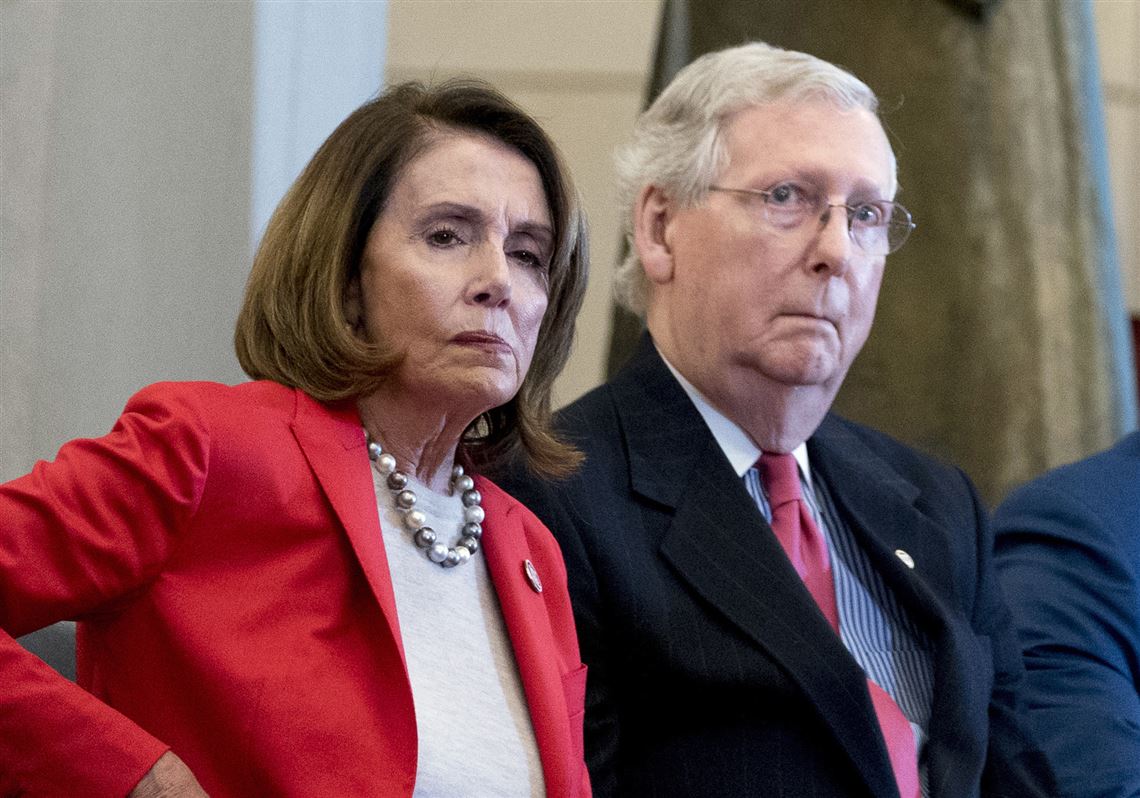 Two of the most disliked members of the dishonorable elite are Representative Nancy Pelosi, a Democrat from San Francisco and Speaker of the House, and the Republican Senator from Kentucky, Mitch McConnell, the Senate Minority Leader.

Nancy Pelosi has been a member of House since 1987, and for much of her time in office, she has held one of the most powerful positions in Congress, Speaker of House (2007 - 2011 and 2019 - Present). She is also one of the wealthiest members of Congress, which is saying something given that Congress is the bastion of millionaires to begin with.

According to Open Secrets, Pelosi is the sixth wealthiest member of Congress. She has an estimated net worth of $135 million dollars. She makes $210,000 from her position in Congress. However, her monthly income from investments brings in $1 million dollars. It's worth noting that her portfolio includes investments in IBM, Johnson & Johnson, Exxon Mobil, Pfizer, Bank of America, and General Electric; all part of the ruling Corporatocracy which pulls Congress's purse strings.

As an aside, Pelosi has been consistently one of the most disliked members of not just the House, but Congress of years. So how does she manage to keep getting reelected?  Pelosi's is from San Francisco's 12th District, which covers the entirely of the city itself, and thus is 100% urban; the fertile soil of the Democratic Party. The median income is just under $121,000.

Despite her strict Italian Catholic upbringing, Pelosi represents an extremely liberal district, reflecting its racial and cultural makeup. It is one of the so-called major "sanctuary" cities, offering support to illegal immigrants in violation of federal immigrations laws and still receiving federal dollars, thanks to people like Pelosi.

When it comes to voter registration, just under half of district's residents are either registered to vote (total voter registration is 425,290). With its well earned liberal tradition, it's not surprising the 12th District is overwhelmingly Democrat with 57.50% of the voters. Republicans make up just 6.61%, followed by Independents with 1.65%.  Pelosi won her last race in 2020 with a commanding 74% of the vote.

So, the only way Pelosi can lose is if a strong and very wealthy Democratic candidate runs against her, which is unlikely to happen (in addition, Pelosi is very good friends and neighbor with former San Francisco mayor and current senator, Diane Feinstein).

As for Mitch McConnell, he's been a member of what's been called "the most exclusive private club in the world" since 1985; representing Kentucky's 4th Congressional District, which includes upper incomes of eastern Jefferson County, and much of Northern Kentucky extending to the Ft. Thomas, Newport, and Covington (all of which are considered part of the Greater Cincinnati area).

Aside from the wealthy portions of Louisville/Jefferson County, the 4th Congressional District in general is well to do, especially the areas close to Cincinnati. It is also one of the first Congressional districts in Kentucky to become solidly Republican in what was once a hardcore Democrat state (albeit a fairly conservative one).

In terms of registration, the 4th Congressional District has 619,460 registered voters. Of that, 49.50%  are Republicans. Democrats make up 38.31%, while Independents and third parties (most notably the growing Libertarian Party) comprise a total of 12.19% of voters.

It's worth nothing that Louisville/Jefferson County, which is Kentucky's largest city and the economic engine of the state, is one of the last Democratic bastions remaining in a de facto red state. While there are pockets of traditionally liberal Democrats (notably in the city's Highlands), most residents tend to lean conservative on the majority of issues.

Louisville also has the highest concentration of LGBQT individuals as well, who are known to be very politically active and predominately Democrat. Nevertheless, it appears that the 80 year old senator's base is pretty secure for the foreseeable future. As for his approval rating, that's something altogether different.

Like Rep. Nancy Pelosi, Senator Mitch McConnell is one of the most unpopular individuals in Congress. In a December 2021 Gallup Poll, McConnell came in first place (or should that be last place?) as the most disliked person in Congress with an approval rating of 34%. For what it's worth, Pelosi was second place with 40%. Chief Justice John Roberts was the most favorable with 60%, but that was, of course, before the Roe v. Wade decision.

Even at home, the Senator's disapproval rating hovers around a 53%, and yet despite the best efforts of Democrats, he keeps winning (when I say "best efforts", it's usually political retreads or inept newbies harping on the wrong message). Nationally, it gets worse. In a May 2022 survey, the Senior Senator's approval rating was a mere 28%.  To stay in office, despite poor approval ratings, takes a lot of money, and Senator McConnell easily makes bank. Who are his biggest donors?

The majority of McConnell's donations come from Wall Street, especially banks and other financial institutions, including healthcare and real estate investment firms. Other top donors include insurance, energy and technology companies which contributed $6.3 million dollars in 2020. 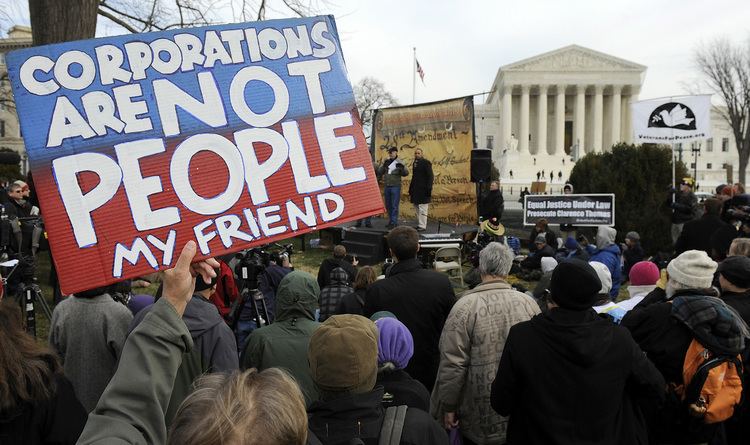 Some of the top donors include the financially powerful Blackstone Group, Humana, NorPac, and Kindred Health. One of the largest is Kent Companies, a third generation family owned construction company based in Midland Texas. It has donated $6.94 million dollars into McConnell's war chest.

Other donors include BlueCross/Blue Shield, AT&T, Goldman Sachs, UPS, Brown-Foreman, Citigroup, General Electric, Peabody Energy, FedEx, and  JP Morgan and Chase. With all those "political investors" in Mitch McConnell, just how much money does he have in his war chest?

When combined with the Senate Leadership Fund (a super PAC), One Nation (a political nonprofit fund), McConnell controls just under $90 million dollars (or $87.5 million to be precise) as of January 2022.  In 2021, he raised a total of $100 million dollars which he used, in part, to help fellow Republicans in Congress with their re-election efforts. Is it any wonder the Kentucky senator so strongly supported Citizens United?

As for the senator himself, he's done alright personally. According to an article by Forbes, Mitch McConnell earns $200,000 annually as senator. With investments, his monthly income is $900,000. His Wall Street investments exceed approximately $25 million dollars in stocks and bonds. Overall, his net worth is around $150 million dollars, making him the 19th richest member of Congress.

Irrespective of their popularity ratings, Pelosi and McConnell have done quite well in politics. The same can be said for Congress in general where more than half were millionaires going in and practically all are coming out. Compare that to just 8% of the total population who are millionaires, and you'll have to agree that Congress doesn't even begin to represent most Americans. They have little or no concept what the average American goes through on a daily basis just to make ends meet. That's mostly thanks to Citizens United.

That fact that these individuals who make up the House of Representatives and Senate can have a reelection percentage of over 90% despite sustained dismal approval ratings under 30%  is due to partisan gerrymandering and (again) Citizens United, not to mention unregulated term limits which allows them to hold office practically forever no matter how poor their performance. Isn't it time for a change?

Favorability of Mitch McConnell among U.S. adults, as of May2022

Congressional Stagnation in the United States