In last week's article we discussed some of the monopolies which dominate the American economy, and by extension, Congress, the Judiciary, and the Presidency.  While powerful, especially the financial sector, perhaps none are currently more powerful than Big Pharma. Just how big and powerful?

While we get to that in just a moment, but consider this. 70% of all Americans are dependant in some way, be it medicine or medical equipment, on what Big Pharma says we need. For the majority of that 70%, what they receive is critical to their overall health and even their very survival.

So, just who is "Big Pharma" anyway? Names such as Bayer, Pfizer, Moderna, or Johnson and Johnson are household names we're familiar with, particularly thanks to the Covid pandemic. However, many others are simply unknown except through their products which are extensively marketed.

Starting in reverse order with the tenth largest and most influential global pharmaceutical company (all revenue is from 2020) is Sonfi, the French manufacturer of Zantac, Plavix, and Ambien, reported just over $41 billion dollars in revenue. Next is Pfizer, whose revenue was about $42 billion. Bristol Myers Squibb racked up $42.5 billion dollars. GlaxoSmithKline was seventh with $43.5 billion dollars.

In sixth place was Janssen, which is part of Johnson and Johnson. Their revenue in 2020 was $45.5 billion dollars. AbbVie, the maker of Humira, made $45.8 billion dollars. Merck earned a under $48 billion. Novartis, a Swiss producer of drugs such as Ritalin, earned its shareholders $48.6 billion dollars. Second place belongs to Roche Pharmaceuticals (a division of the Roche Group), manufacturer of Valium, and also a Swiss company. It's revenue for 2020 was a staggering $49.5 billion dollars.

In 2009, Sinopharm merged with China National Biotec Group. You may be more familiar with their subsidiary---the Wuhan Institute of Biological Products. Sinopharm is known for R&D and the production vaccines, included the widely distributed BIBP vaccine which is being used in the treatment of Covid-19. Other leading companies which didn't make it into the top ten included AstraZeneca (12th), Eli Lilly (14th), Bayer (16th), or Novo Nordisk (17th).

As an aside, Moderna is a pharmaceutical and biotechnology company focusing on RNA therapeutics and vaccines dealing with the immune system. It's only commercial product to date is the Moderna Covid 19 vaccine.

It's worth noting the Big Pharma doesn't spend the majority of its substantial profits on developing on medication or devices. In fact, marketing receives 19 times more funding than development, all to provide you, the customer, with that nice warm and fuzzy feeling you get watching one of those homey  "one of us" commercials on TV, radio, in print, or social media because they care.

That doesn't include the millions they spend on wooing doctors, pharmacists, dentists, optometrists, hospitals, nursing homes or rehab centers, nor does it include money spent on medical associations, professional medical unions, colleges, seminars, or trade shows hawking their latest wonder drug or medical devise. After all, where did you think all those "samples" or other medical items (include anatomical displays and posters) you see at the doctor's office come from?

Lastly, they spend millions yearly cultivating what they call "thought leaders" in the medical and pharmaceutical field. Thought leaders are individuals who widely respected locally, regionally and nationally that are used to promote various drugs or devises to other professionals in the medical industry. This is often the reason physicians recommend one pill or product over another. These "thought leaders" are usually very well compensated for their endorsement with trips to fancy getaways for "seminars" (all expenses paid), honorariums, and other very nice perks.

In 2020, 2/3 of Congress cashed a check from Big Pharma. The majority of money, 7.1 million, went to Republicans while Democrats received 6.6 million, but that's still just part of the story. Big Pharma spent $263 million dollars in 2021 lobbying Congress. Every member of Congress had a minimum of three lobbyists from Big Pharma knocking on their door. What were they trying to buy?

Big Pharma abhors the idea of the Federal Government passing legislation capping prescription prices (and who can blame them with a captive market of 70%?). They equally hate the notion of allowing individuals to shop around for their prescriptions in places like Canada or Mexico (where they often cite a lack of quality or oversight) and elsewhere.

The truth of the matter is that the quality of these drugs, if bought from reputable companies, are the same or better than here in the U.S.. The main difference is that the price of drugs are four times more expensive in the U.S. as they are elsewhere, and that's just the way Big Pharma likes it.

Lobbyists for Big Pharma don't always focus on every legislator. Often, they'll concentrate on key committee members who have the clout to either push through a piece of legislation (which they wrote), or just as importantly, has the ability to keep other pieces of legislation they oppose tied up in committee. This is thanks to Congress's rigid hierarchy, but also to the extensive and always up-to-date research they compile of not just every legislator, but also their key staffers.  They often know beforehand who they can count on and who they can't.

The top influence buyers are Starkey Hearing Technologies, which gave around $564,000 to members of Congress; the majority of which went to Republicans. However, Masimo Corporation (maker of medical devises) gave all of its $533,714 to Democrats. Pfizer split its $487,000 equally between the two parties. RAAS Nutritionals gave all its $400,000 to Democrats.

Other donors included Abbotts Labs which donated slightly more of its $284,000 to the GOP. Johnson and Johnson did just the opposite with its $275,000. Eli Lilly gave most of its $214,000 to Democrats too, as did the remaining top 20 donors.

The top Big Pharma lobbyist for 2021 was the trade association, Pharmaceutical Research and Manufacturers, Inc which gave $22,903.000 (mainly to Democrats), dwarfing the other four leading lobbying organizations, whose donations hovered between $7 and 9 million each.

Big Pharma has fought to keep the conversion of name brand drugs (like Bystolic, which is used for controlling difficult to maintain blood pressure) from becoming generic because that would substantially lower prices and effectively remove that drug from their inventory, which affects their bottom line. 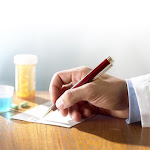 Therefore, pharmaceutical companies make minor changes in their drug patients (in what's called "evergreening") to extend their control over various drugs and keep prices artificially high. "Evergreening" is something some member of Congress would like to see, but not so Big Pharma.

In looking at the drug market in general, 81% of all new developments came from outside sources. Typically one of the big pharmaceutical companies will acquire the rights to the new drug and sit on it without ever developing it for the market or, alternatively, will "lease" out the patent for research purposes.

At this point you are probably wondering who is suppose to keep Big Pharma in check. Well, the answer is (at least theoretically) the Food and Drug Administration (FDA). But all is not as it seems. The role of the FDA is to monitor the pharmaceutical and medical industry while verifying its claims, help regulate prices, and approving any new drugs brought to the public market. Additionally, the FDA is partially funded by this same industry through user and other fees.

However, with decades of cutbacks in funding, the FDA has now come to rely on those it regulates for its operational budget. Big Pharma provides 75% of the FDA's funding of its drug review budget. In effect, since the drug and other companies control the purse strings, the FDA has become all but impotent.

Should the FDA attempt to push back or exert to much control, all the drug companies has to do is reduce, delay, or stop introducing anything which generates a fee in order to have an impact.  As a result, in December of 2021, the House Committee on Oversight and Reform released a very revealing report about the clout of Big Pharma and its influence over the FDA.

For instance, the prices of the top leading 12 drugs used by Medicare recipients increased 250% simply by using various market strategies to avoid conversions to generics to minimize competition as well as "hiding" real profits and extending their monopoly over these drugs by decades. Furthermore, these same 12 drugs are now priced at over 500 times what they were when they were first introduced to the market.

The same report also discovered that the top 14 drug companies spent $577 billion dollars on stock buybacks and dividends over the last previous five years, which was $56 billion more than was spent on research and development. These same 14 companies also received millions in taxpayer based grants and subsidies designed for the development of new drugs, not to mention huge tax breaks.

So, what does this mean for you and me? It means simply that the medical industry, like any other industry, is largely confined to a few very wealthy and influential corporations whose first loyalty is its officers and shareholders. It also means that the care of the patient is often secondary to the profit made from some pill or device. A cured patient is a lost customer. Lower prices are lost profits.

Big Pharma will continue to peddle its influence in the halls of Washington, and closer to home in state legislatures while it has a pill for every ill to sell to us, real or imagined. Professional medical associations are often motivated by the bottom line to move patients through like an assembly line.

The more patients seen the greater the billable hours and drugs or whatever else sold. Meanwhile insurance companies second guess doctors in order to minimize costs, overriding recommendations even to the point of harm to the patient.

Western medicine, unlike in the East, is focused mainly on the treatment of symptoms and outcomes, whereas in Eastern medicine the focus is on prevention first. Medical professionals in the West tend to ignore natural or homeopathic cures, which may take a little longer, has fewer (if any) side effects, preferring what some call "controlled poisons" whose potential side effects can be worse than the illness.  Sadly, we can say the same about Big Pharma, whose profit over patient side effects are killing America.  The ancients saw healing as a gift from the gods. Today it's big business and profit.

If you want to know more, please take a look at the links below. If you enjoyed the article, please consider passing along to others and don't forget to subscribe. It's free! Lastly please be sure to "like" us on Facebook or whatever platform you use to read A/O. It helps with the algorithms and keeps our articles in circulation.

The Biopharmaceutical Industry Provides 75% Of The FDA's Drug Review Budget