As I stated in my previous article, the concept of "reparations" presupposes some injury or harm incurred as a result of inappropriate action taken by another party. In recent decades, the descendents of American slaves have been asking and demanding that they be compensated for the enslavement and treatment of their distant ancestors.

There's no question that the institution of slavery was and remains inhuman and barbaric, even though it continues today; mainly by Muslim terrorist groups who capture and sell mostly young Assyrian or Coptic Christian or Yazidi girls from Africa or the Middle East as sex slaves yet few react.

However, the Civil War in America ended in 1865, which ended 155 years ago. For most, that would be their 2x or 3x great grandparents. At what point is it simply too far back to matter? How would this be imposed? After all, not every black in America at the time was a slave. In fact, a few even owned slaves themselves. What about those who were slaves, but not in the United States or who came here after 1865? Then, what about children of mixed racial ancestry, are they entitled to some share of reparations? Does it matter if it happened 200 years ago or just last year?

What about Native Americans? They were not only held as slaves, but would often take captives as slaves---white, black, Hispanic, and even Asian. Should they receive compensated or is it a wash? We mustn't forget that some whites were enslaved as well. I'm not talking about indentured servitude which was a form type of slavery but one of limited duration with some type of compensation at the end of it, which was something slaves didn't get. 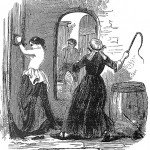 There was a small class of Europeans who were enslaved in America, often due to their inability to speak the language or understand the laws. Many remained that way for their entire lives, or for a few, until they could escape. Should they receive some reparation as well? Then there are Hispanics who also owned slaves (notably mostly Native Americans, but blacks and even Asians as well). Are they exempt, not because of the injustice was similar but because their skin is wrong color?

To muddy up the waters even more, what about those slaves who left no direct descendents? How are they to be remembered? What about those who were enslaved for a period, and then freed (often given land and livestock), are their descendents entitled to something for the time of their enslavement or does their freedom and land offset that?

Finally, how do we prove that someone is descended from an actual slave? Just being black for instance is not proof in itself that one is a descendant of African slaves. We also need to decide at what point culpability should begin in order to decide the degree of financial responsibility. We obviously want to make sure those responsible for slavery are the ones who ultimately pay for it right? That would be both the legal and moral thing to do.

In what would become the United States, the Spanish, French, Portuguese, Dutch, and English all had settlements here, and all were engaged in the slave trade (especially the Spanish who enslaved just about anyone who wasn't Spanish). Therefore, should those whose slave ancestry extended back to before the founding of the U.S. in 1776 look to one of those countries for compensation or should the U.S. Government do so on their behalf? Perhaps since so many countries are involved it should be taken up by the United Nations. 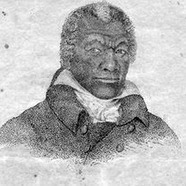 Of course, that brings up a technicality. For those whose ancestors were before 1776 and remained enslaved after that date, who would be primarily responsible? Those under whose jurisdiction they were originally enslaved or whose jurisdiction they became after the founding of the United States? Perhaps it should be split, but at what percentage? Anyway, the U.S. forbid the importation of slaves after 1807. So, if the ancestor came here between 1776 and 1807, the U.S. would obviously be solely responsible.

Since we're interested in culpability, let's not stop there. African slaves acquired by the slave traders obviously from Africa, but how? African tribes were in near constant war with neighboring tribes. Anyone captured was usually enslaved, either for use by the victor or sold off to another tribe (on some occasions, the chief would enslave some local troublemaker or someone who had something he wanted).

With the arrival of Europeans, a new customer was added to the mix. The tribal chief would bring captured individuals to a port where they would be inspected and purchased, which turned into a highly profitable business. In addition, Arab merchants were active purveyors of slaves; buying and selling not just Africans, but Asians, and even any Europeans they managed to capture off ships. Among some the practice still continues. Muslim Arabs have been taking Africans as slaves since at least 652 AD.

Of those brought to America, practically all came from just two regions. The first was Senegambia, which is the area between the Senegal and Gambia rivers which comprises today's Senegal, Gambia, Mali, and Guinea-Bissau. This area alone counted for just half of all slaves brought to this country. The second area was in the west-central Africa making up the countries of Angola, Gabon, and the Democratic Republic of the Congo and areas around the Congo River.

Finally, the rest came from the "Slave Coast" of today's Ghana and Ivory Coast. A small percentage originated from an inlet called the "Bight of Biafra" on the Nigeria and Cameroon coast. It should be pointed out that according to most historians, only 3.5% of all slaves sold were brought to North America. The bulk went the Caribbean (notably Jamaica and the Lesser Antilles), central and south America to work alongside native populations.

So, since these are now nations, who were actively and willingly engaged in the slave trade business (in fact, they were pivotal to its success), shouldn't they be responsible for the lion's share of any reparations? What about the Muslim terrorists who continue the practice? How do we deal with that? And surely we mustn't forget all the institutional churches or their religious orders who owned slaves. They shouldn't be allowed to hide behind their altars.

Now we need to give some thought to individual responsibility. Since many people (erroneously) believe the Civil War was all about the issue of slavery, how are we going to treat those who fought for the North and the South? Are those whose ancestors were Confederates to pay a higher percentage while those whose ancestors served in the Union to pay less? What if the Confederate ancestor owned no slaves as the vast majority did (just under 4% of all Southerners at the time owned any slaves whatsoever), are they equally responsible? What if a Union ancestor did own slaves, as many from the border states of Maryland, Kentucky, and Missouri did?

What compensation or offset should anyone whose ancestor died for the North receive? After all, "if" the war was all about slavery and they gave their life or was wounded, shouldn't that count for something? What about Quakers? Many of my ancestors were Quakers, and they were the most staunch of Abolitionists and who made up most of the Underground Railroad. Without their influence, slavery may never have ended.

Should some consideration be given to those whose more recent ancestors were involved in the education of former slaves or who, in defiance of local norms, risked their livelihoods and even their lives to employ blacks, Native Americans, Asians, or migrant Hispanic sharecroppers? What about those who participated in the Civil Rights Movement such as the "Freedom Riders", or worked to bring about equal housing, equal employment, ending poll taxes (all of which affected poor whites as well)? Several of the Freedom Riders were beaten up and at least three were murdered.

My questions aren't intended to be taken totally as sarcasm or rhetorical. They are intended to point out that this is a highly complex issue with numerous factors to consider. 75% of blacks believe they are entitled to reparations while 85% of whiles strongly oppose it. 42% of Hispanics said they would support some type of reparations. Of course, those on the Left tend to support some form of reparation while those on the Right oppose it, and many on both sides oppose any form of cash compensation.

So, how much are we talking about anyway? At this point, no one really knows, but estimates have put the figure as high as $15 billion up to $5 trillion dollars. In a time where the federal government is $26 trillion dollars in debt (which takes about 81% of our GDP), and with most states as well as local governments broke, that seems unlikely. So, what other solutions are there? Tax credits? The government needs every tax dollar it can get. Some have proposed grants for higher education.

However, we need to consider the fact that there are already numerous scholarships and grants which are race based (whites are excluded). The United Negro College Fund is one such organization along with the Congressional Black Caucus Fund, while hundreds of colleges and universities offer race based programs, including reduced tuition. In fact, there are literally dozens of such programs making millions of dollars available. There are also 37 black only colleges and universities. Something no other race is afforded.

There have been countless government programs since 1865 which have empowered not just former black slaves, but all minorities and those of low income. The same goes for housing, medical care, daycare, employment, and so forth across the social network. The opportunities are there for those willing to take advantage of them.

What neither the government nor society can do, however, is force individuals to take advantage of the opportunities given to them. They can't keep individuals from destroying property or neighborhoods, especially when they don't have a vested interested in it; the taxpayers do. They can't make people learn, especially when high academic achievement is disparaged as "acting white".

They can't make people take jobs, even though they are given preference due to their race and not their qualifications, and they certainly can't make them either do their job, let alone excel at it since they assume that race or some other qualifier provides a form of disciplinary insulation. In lieu of that, shouldn't everyone be treated and measured according to their abilities and performance instead?

Reparations are about compensation for an injury. When that injury is as old as Mankind, what is just? How do we balance that with the fact that at one time or another, every people on the planet has been slave and slave owner. No one is without guilt. I think the best form of reparation is equality and insuring that it will never happen again to anyone or any group. In America, and in much of the world, that's been done. It's not perfect. Nothing usually is, but it's a good start, and it will take all of us working together to make it better.

What part of Africa did most slaves come from?

Where Did African Slaves Come From And Where Did They Go?

2020 Democrats have started to clash over slavery reparations, but new poll shows most liberal support the idea

Most oppose reparations for slavery: poll

The Triumph of Evil as Good Does Nothing...Again: Protestors, Looters, and Reparations

The Irish born British political philosopher, Edmund Burke, is credited with saying " the only thing necessary for the triumph of evil ...