The Impeachment of Donald Trump and What it Means for America 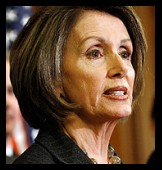 The Democrats, led by Nancy Pelosi and Chuck Schumer, have been trying since day one to smear Trump's character as much as possible. It's been all about making him look ridiculous and destroying the country's faith in him. Naturally, the media has gone along hand-in-glove with their efforts. After all, Trump was the outsider who wasn't suppose to have won. There have even been Republicans who, at least behind the scenes, have been supporting the Democrats efforts as well. Of course, Trump hasn't helped his cause thanks to his tendency to speak out, often at the wrong time or wrong place.

The reality is that this is all about power, wealth, and its control. It reminds me of two mafia families locked into combat over a situation not of their making and wanting to get back to business as usual, and yet, the situation has presented each with an opportunity to acquire more power at the other side's expense. It always comes down to turf doesn't it? It doesn't hurt that you have Nancy Pelosi, the Speaker of the House acting like the "don" of the Democrats. She's about as much of an insider as you can get. On the other side is Senate Majority Leader Mitch McConnell, the "capo dei capi" of the GOP. Both remind me of Bond villains straight out of central casting.

In the middle is Donald Trump. A tough New York real estate mogul, business entrepreneur, and "reality show" boss with the ultimate catchphrase, "You're fired!". He's the "chairman of the board" as it where. Pelosi believes that in the political world, no one is above her. McConnell controls the Senate, known the world over as the "most exclusive club on the planet". He's a master politician too. Both play the long game. Pelosi would love to "fire" Trump, and in doing so, hurt the GOP. McConnell will protect his party's control of the Senate at any cost and would gladly weaken Pelosi's control of the House.

At stake is ensuring that President Trump is a one term president; an aberration. A fluke who stumbled into power on the wave of mass public discontent of the government; a government operating openly under the control of the Oligarchy; the only ones who truly deserve to rule, or so they believe. Hillary Clinton, not Donald Trump, was to be the "first among equals" of this Plutocratic driven triumvirate. Meanwhile, the changes imposed by Trump have to be deflected or stopped before he undoes everything they've worked for. But one thing is for sure. The likes of a Donald Trump will never be allowed to become president ever again.

In 2016, the Presidential race was to be between one of the pre-vetted Republicans and Hillary Clinton. It really didn't matter who on the Republican side as long as they had been rubber stamped by the party bosses and the Oligarchs. On the Democrat side, Hillary was to be nominated. While Bernie Sanders was never a serious threat, he could not be allowed to be seen as a serious challenger...or a serious candidate. The media would handle the latter part while Hillary and the DNC Chairperson, Debbie Wasserman-Schultz, ensured that the Democrat primaries were fixed. The "fix" extended all the way into the Democratic Convention where Sander supporters were all but shut out.

However, no one was counting on a Donald Trump. He was brash, a bit condescending, and arrogant. He was outspoken, seen as an American success story, a master showman, tough, and was quite wealthy. He was also a household name thanks to the "Go-Go" 80's which created modern day robber barons like Carl Ichan, T. Boone Penkins and other corporate raiders, "greed is good" movies and books, "Alex P Keeton", and Robin Leach! The public couldn't get enough of "The Donald".

But most of all, Donald Trump understood the frustration of ordinary Americans. He knew how to turn a phrase...and stage a show. Most of all, he didn't need the support of party bosses. He could fund his own campaign so he didn't need the financial backing of the Oligarchs; and he could buy his own media coverage. To the ruling elite, Donald Trump was one of their own who had turned on them. They did their best to ridicule him; calling him a "clown" or the "the circus". They tried to ignore him or whatever they could to marginalize him, but the more they did, the more the people wanted more Trump. While other candidates could barely fill convention rooms, "The Donald" was filling whole stadiums.


The "Empress and the Fool". That was how the race between Hillary and Trump was characterized by the media. The power players from around the world lined up to donate billions to the Clinton Foundation's "pay-to-play" scheme as they had when she was Secretary of the State in what they believed was a sure thing, but now the payoff would be bigger. Never mind the fact that she wasn't connecting with voters, not like Bill Clinton had years earlier. Never mind the skeletons which continued to tumble out of her closet, her brazen lying to Congress and willful destruction evidence, her sense of entitlement, her strange and erratic behavior, nor that cold, contemptible, and calculating arrogance.

There too was the Democratic Primary. If she was the "darling of the Left", why was it necessary to rig the results? Was it to avoid the appearance of a serious challenger in Bernie Sanders or was it his message that she and others were so afraid of? Perhaps worse yet was her acceptance from Donna Brazile, the new DNC Chairman who had replaced her co-conspirator, Debbie Wasserman-Schultz, a copy of the questions to be used in the final presidential race? This act alone showed two things. The first was Hillary's "above the law" attitude. The other was her fear of losing. All in all, it helped to expose all those things which Americans abhorred in its leaders.

What this impeachment is all about is ensuring that another Donald J. Trump never happens again. The first order of business is to destroy the one they currently have to a degree that the moniker of an "outsider" will turnoff voters for years to come. It must be made to be the equivalent of "amateur" or "inexperienced". People will clamor for the "professional" politician as the only "safe" choice, which can only mean someone from one of the two corporate owned political "mafia-like" families.

I fully believe that, as the pontificating in the Senate continues and the media spin machine churns away, the real business of ensuring that a Trump never happens again. The cost of campaigns are already far beyond what ordinary citizens can afford. Primaries are dogmatic purity litmus tests and serve to expose and eliminate any true reformers. You can say it. You just can't mean it.

Media coverage is carefully controlled in both content and in access. The tightly regimented bureaucratic partisan system of committees, whips, and funding effectively prohibits any rare "loose cannons" and keeps everyone in line. Partisan gerrymandering allows the parties to select voters instead of voters selecting their representatives. The absence of term limits all but guarantees uninterrupted power for as long as the incumbent wants it. Even the old Soviet Politburo saw more turnover than we currently have!

Besides, this doesn't even take into account illegal immigration, the passing of tax or rate increases by unelected bureaucrats, attempts to restrict or rescind our Second Amendment right, a militarized police, unwarranted search and seizure of our property, gathering of our private information and the creation of electronic dossiers by government agencies, total corporate financial control of parties and politicians or corporate lobbyists writing public legislation, massive corporate welfare, the media as the propaganda arms the elites.

It does this take into account the corporate/government revolving door or the use of our military to enforce joint corporate/government foreign policy objectives. The military is to protect this nation from foreign threats, not secure foreign assets or resources for profit. If our Founding Fathers could see this, I think they would have simply paid that damn tea tax and walked away. 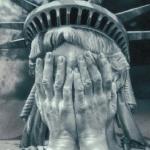 We can't forget that collusion between both parties, the media, and with the blessing of the Oligarchy has all but excluded third parties and Independents from the political process, even though Indies represent the single largest political voting bloc and continues to grow while the registration for both the Republicans and Democrats continue to shrink. Not exactly "equal representation" now is it?

These aren't things which "could be". These are things which already are. These are the things which have destroyed our democratic republic. Trump was seen as someone who could, at least, restore some of that republic and its former glory. This is what the elites---the Oligarchy and their willing puppets in Washington---want to see continue, and that means ensuring that no one like a Donald Trump ever again is elected to a position of power. No one again must ever threaten the status quo. This is the other half of the impeachment story which isn't being told, nor is it ever likely to be.

Is American Becoming an Oligarchy?


10 ways the Democratic primary has been rigged from the start


Inside Hillary Clinton's Secret Takeover of the DNC

Hosse, you are in the bullseye AGAIN!
Nice job!
And 100% accurate and TRUE.

OK Sheeple. You have been educated.
Cast off that Sheeple cloak and stand up for a change.