Do You Trust the Government? 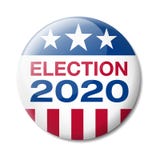 With the Presidential election cycle, among others, starting to heat up, now would be a good to time to ask yourself, "do you trust the government?". As we all know, we're no longer a democratic Republic as originally intended by our Founding Fathers. Instead, we've become a defacto Oligarchy whereby government and the super-wealthy (along with their global corporations) work in tandem to the point where are interests are overlooked (or better, ignored) approximately 99% of time according to some surveys (at best, our interests are addressed only about 10% of the time). So, what do you think, how much faith do you have in government?

According to a recent Gallup Poll, the overwhelming majority of Americans have little or no faith in government regardless of which of the two corporate owned party holds sway. As of late January 2019, only 10% of those polled indicated that they had faith in government. 31% said they had a "fair amount" while 57% had little or no confidence whatsoever.
Let me tell you, in practically every other country on this planet those numbers would be a near guaranteed that a massive revolt or revolution was about to happen. These type of results would have most government leaders shopping around for a nice place to spend in exile somewhere.

In terms of domestic policy, 63% of the population believes government can't be trusted to get it right. Think about for a minute. 63% of Americans, regardless of party, ideology, gender, age, religion or whatever have no faith in Washington's ability to deal with the issues which directly affects us each and every day. Yet, for some mysterious reason we keep falling for their same old repackaged ideas and "solutions".

In looking specifically at the different branches of government, we find that as of the end of 2018 (the most recent result) there's not much difference. 59% of the American People have little or no confidence in Congress. Of course, the approval rating for Congress has been dismal for decades; sometimes barely making it out of single digits! As for the Judicial Branch, which includes not just the federal courts, but the "unSupreme" Court as well, it's much better. 68% actually trust either a lot or a fair amount the Judicial Courts.

To get a balance perspective, I checked with Pew Research to see what they showed. The poll I looked at was the most comprehensive on trust in government from 1958 through 2015. According to them, just 19% of citizens have any trust in government. Yikes! By comparison, they number was 80% in 1963 under President John Kennedy's Administration. My how things have changed.

Pew also broke the trust factor down by party. It found that just 26% of the Democrats and Republicans trust the federal government. Given that it's largely a problem of partisan making, it's a little surprising that the figure was so low. As an aside Independents distrust the government about 70% of the time (conservative leaning is about 71% while liberal leaning is roughly 67%).

If we look at other factors like age or race, we find that younger voters (mainly Millennials and Gen Z, both of which having shown support for socialism) trust the federal more than older voters---27% among 30 and under; 19% for those 31 to 49; and 15% for those 50 and over. So while the younger generation trusts government more, the numbers are far from stellar.

Among whites in general, a mind-boggling 84% either have little to no trust in Washington. Blacks distrust the federal government by a margin of 77% to 23%. For Hispanics (many of whom having come from totalitarian regimes) 69% have little or no faith in government. These are staggering numbers; the kind of which that indicate a fundamentally flawed societal foundation of the kind you would expect to see of a nation in a "death spiral". Historically speaking, few countries have been able to survive numbers like these and emerge unchanged to their core.

As an interesting aside, those with a post-graduate degree have any trust in the government about 23% of the time. That means among the academic professionals (professors, doctors, lawyers, etc) 76% have little or no faith in Washington. Those with a Bachelor or Masters degree have an even lower opinion. 80% of them keep their hand on their wallet when Washington comes knocking. Finally, individuals with a High School diploma, GED, or less trust government just 19% said they had any faith in the federal government.

Finally, I wanted to look at the approval rating of each of the institutions I mentioned starting with President Trump. As of the first two weeks of July 2019, Trump's approval rating stood at 44%. Obama's average for his first term was 49%, so despite all the "fake news" being manufactured by the corporate owned media, Trump isn't doing too bad (the average for all Presidents is 53%). 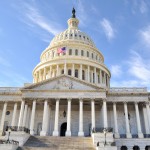 As for Congress, through the first two weeks of July 2019, their disapproval rating stood at 76%. Lastly, the Supreme Court. Rasmussen, which had the latest polling results of the high court, found that 60% of those surveyed approval of their decisions. Meanwhile, 40% said that the ideological balance was about right with 24% saying it's too liberal and 36% saying it was too conservative.

The poll also broke down the responses by political affiliation and race as well. It found that 77% of Republicans approved of the Supreme Court's decisions along with 57% of Democrats and 50% of Independents. 64% of whites agreed as well as 52% of Hispanics and 51% of blacks. Interestingly, the poll also revealed that Justice Ruth Ginsberg was the most popular member of the court while Justice Brett Kavanaugh had a higher name recognition, albeit only slightly.

Einstein once famously remarked that the definition of insanity was doing the same thing over and over and expecting different results. Are the American People insane or are we just that easily duped by propaganda. Maybe we're just lazy. The US Office of Strategic Services made the following observation about Adolf Hitler their psychological profile of the Nazi leader, "His primary rules were: never allow the public to cool off; never admit a fault or wrong; never concede that there may be some good in your enemy; never leave room for alternatives; never accept blame; concentrate on one enemy at a time and blame him for everything that goes wrong; people will believe a big lie sooner than a little one; and if you repeat it frequently enough people will sooner or later believe it". You could apply that same description to describe how both of the political parties as well as the corporate media acts vis-à-vis it relationship with the American People. I guess someone was paying attention after all.

So what do you think? With numbers like these (which, by the way, have been long trending), why do we keep voting in the same crooks and charlatans time and again? We know they are lying just as we know they have no intention of representing us. We know or should know that it was our actions (or inactions as the case may be) has led to the loss of our Republic.

The American People should understand by now that we need term limits; that we must end political gerrymandering; that at least at the state level, we need voter ballot initiatives and referendums and that we, the taxpayers, should have the final say on rate, tax, and salaries increases. It's our money and Lord knows that politicians can't be trusted with money. We also must remove Citizens United and get unlimited corporate money out of politics as well as end the revolving door between government, Wall Street, and E Street where is the lair for lobbyists. By the way, 80% of voters oppose Citizens United.

Until we do these things, we will continue to become bystanders to a government which was supposed to represent you and I regardless of our political leanings. In the absence of action by us, the voters and citizens of this country, money will fill the void. Lastly, if you have any doubts, I encourage you to check out the links below. We have to act.

Do you approve or disapprove of the way Congress is handling its job?