The Significance of Julian Assange and His Arrest 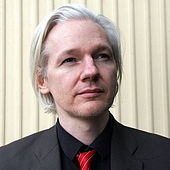 On April 11th, the co-founder of WikiLeaks, Julian Assange was arrested by British Police. Assange spent seven years living in an Ecuadorian consulate compound in London to avoid extradition to Sweden originally, and to the US on conspiracy charges and computer hacking. The conspiracy charges are in conjunction with former Army private and intelligence analysis Bradley Manning, who now goes by the name Chelsea Manning. Assange, who is 47 years old, had originally sought sanctuary over alleged rape charges of two women in Sweden and skipping bail. As it turned out, neither of the women actually filed rape charges, but were attempting locate Assange, whom they claimed knowingly transmitted a STD. However, those charges were dropped long ago and Sweden has shown no interest in reopening them.

Over the years, there's been several attempts to force Assange out, including attempts to kidnap him from the London compound. However, yesterday, Equator withdrew its "invitation" and the London Metropolitan Police were finally successful in "getting their man" just as Ecuador signed a 4.2 billion loan deal with the International Monetary Fund (the IMF). Assange is expected to be extradited back to the US as quickly as possible in order to stand trial. His crime, authorities claim, is collusion with the Russians (yes, them again) using hacked documents, some of which were allegedly classified and secret. Assange has maintained for years that none of the documentation came as a result of Russian espionage and that the documentation had been secretly provided by a third party.

The real "crime" that Julian Assange stands accused of...and for which he is no doubt guilty...is releasing the information he acquired to the public; information which reveals just how corrupt the US and other governments are. His information "leaks" mentions names, dates, places, and amounts. Assange has outed agencies as well as high profile individuals. Obviously, that makes him a dangerous man, and potentially one with a very short life expediency ahead of him.

Julian Assange is not unlike Edward Snowden, who revealed government secrets; mostly about secret surveillance of individuals like you and me by the federal government and made it public. Meanwhile, social platforms like Facebook, collected volumes of confidential information on its users and in turn either gave or sold it the various government intelligence and other agencies. As a result, Edward Snowden was forced to flee to Russia, where he now lives in exile while others, such as Mark Zuckerberg, the owner of Facebook, are hailed as "patriots" by the ruling political elites.

Thus, I have to wonder if it's not the fact that confidential information was compromised, but the fact that information affecting the ruling elites and government agencies, illegal though it may be, is to remain private and out of the public eye, while our information, regardless of how private and personal, is free and readily available to the government or can be sold without out knowledge or consent. Therefore, we have a situation where there is privacy and the veil of secrecy for some, but not for all.

Some would argue that releasing classified government information, regardless of how it's obtained, or information about public officials, even if it involves criminal activity, is somehow different from making available the private information of ordinary citizens who could, after all, could allegedly be plotting some possible terrorist act or other crime-in-the-making. Enter the "thought police" and where you are presumed guilty first. Meanwhile, wars for profit, running illegal arms deals or taking bribes to the tune of millions or even billions by government officials are seen as somehow okay or beyond public scrutiny. So too is using unsecured servers for the receipt and transfer of classified communication pertaining to national security is apparently permissible.

What we have is obviously a double standard. One set of rules and laws for the ruling Oligarchy and political class of plutocrats, and an entirely different set for you and me. Privacy, as we know, has become largely a thing of the past. Something that once existed decades ago, in the time of our grandparents or great grandparents. We are monitored virtually 24/7. Every time we go out to a public venue, there are cameras, be they security cameras on nearly every corner, in stores, or someone videotaping someone else. Overhead satellites are constantly looking down on us. Their sophistication is to the point where they can literally read the text on our cell phone, but of course, every electronic signal we generate, be it a cell phone call, text, email, landline call, computer log on and site search is tagged and monitored. In fact, every electronic message sent anywhere in the world is monitored. Every single one. We know this, in part, thanks to individuals like Julian Assange, Edward Snowden and groups like Anonymous, bloggers, and vloggers. They ratted out the rats regardless of the political leanings. For the Oligarchy and ruling political elites, people like Assange and Snowden are every bit as dangerous as Osama bin Laden or Saddam Hussein, and his capture is viewed by them in the same light. 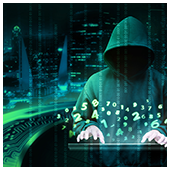 So, what is the significance of Julian Assange's arrest and future trial (assuming he makes it that far)? No doubt that first and foremost, government authorities are going to want to know where...precisely...his information comes from. If it's the Russians or Chinese, they are going to want to know name, dates, and times. They will then conduct an exhaustive internal search for a possible mole. Obviously, this could result in a major international fallout. Alternatively, they will want to know if the information comes from a disgruntled employee or someone seeking a little private revenge for some perceived wrong. Perhaps too, the information comes from someone who feels they are a true patriot and was just serving their country by outing secret crimes against this country. Either way, government prosecutors and intelligence agencies are going to want to know who. That potentially put other lives in danger.

But there's something else at risk here, which is far more important and dangerous, and that's freedom of speech as protected by the 1st Amendment. Julian Assange views himself as a investigative journalist (whereas Edward Snowden was a government employee and Whistle-blower). Journalist have long enjoyed "journalistic privilege" which allows them to protect their sources, regardless of who those sources are or where that information comes from (with the possible exception of information which is potentially libelous). Government authorities will likely argue that Assange is no journalist and that he runs a extortion racket or perhaps even a spy operation whose goal is to spread disinformation.

Just as important, if not more so, is what information Assange is still privy to? What "dirt" is he still sitting on, and on whom or what government agency? The reason they'd want to know is to bury or discredit the information, eliminate any leaks or potential threats (in the literal sense of the word), and ensure that there are no further leaks ever again (if this was a movie, it would be something like "The Empire Strikes Back"). In the parlance of the intelligence community, this is about "identification and clean up". Assange's trial will be public. That much is true, but there will be much the public will not be allowed to see or hear. Behind the scenes, the "empire" will be mobilized to snuff out any "resistance" to the status quo; anything which prevents the expansion of its control, which especially includes keeping secrets from the public.

Fascism, as I've often mentioned, didn't die in 1945 in the ashes and rubble of World War II. It survived. If you strip away the racial and nationalistic ideology, it works because it's very effective. Fascism is a partnership between the government and big business. In the past, government acted essentially as the senior partner. Today, that partnership is much more balanced because they very same people routinely move between senior private and public sector positions. Wealthy corporate CEOs and presidents run for office, getting elected with the help of other wealthy and powerful individuals and groups in and out of politics. They serve for a while, often with the aid of these very same folks. When they retire, they go to work as lobbyists or "consultants", calling on their friends still in office and helping other like minded individuals into office, and so the cycle repeats. Partisanship and ideology doesn't really matter. Government contracts and profit do.

Fascism has generally been viewed as "Right-wing" historically because of its nationalism, although in truth it's a merger of elements from the Left as well as the Right, based on a particular country's history, traditions, values, and political structure. That's why the Fascism of Italy differed from the Fascism of Hungary or Romania, which in turned was different from the fascism of Spain, Argentina, Uruguay, Paraguay, or even Nazi Germany.

As modern Fascism's founder, Benito Mussolini once said, Fascism would be better named as corporatism. America have evolved (or "devolved" would be a better description) into an Oligarchy comprised of these super wealthy individuals and their corporations, alongside a professional political class of plutocrats into a modern Fascist state. Instead of pushing a solely nationalistic agenda, it pushes brand loyalties. Something we, a tribalistic human beings, can belong to, be it a product or a sports team. It's something we can rally around while remaining controlled. That's the point of today's political parties. We fight "wars" against "opponents" and reap a sense of victory or defeat. We defend our victory or revenge the defeat. We humiliate or "assassinate " the other side's leaders.

Of course, the more we can be divided, the easier it is to manipulate and control us; playing each other off the other. The more divided we become, the more focused we are on each other and other differences---real or manufactured---and the less attention we pay to the real changes happening around us; the wars over the control of resources or assets, the loss of freedoms such as free speech and the right to privacy along with the growth of a surveillance state, which is nothing more than a neo-police state.

The last thing the ruling Oligarchy and political class wants is for us to know the truth and to unite. That is what is behind the arrest of Julian Assange and others like him, be it vloggers on different ideological sides like Lauren Southern, Abby Martin, Bill Whittle, Stormcloudsgathering.com, or groups like Anonymous, as well as certain bloggers and local talk radio hosts. Government whistle-blowers like Edward Snowden pose a special threat to them because they are on the inside. The arrest of Julian Assange is also as much a message as anything to those who expose light into places where the ruling class wants darkness. It's as much about government transparency and the right of the public to know what's being done in its name as it is about protecting your personal and financial privacy.

The Groups Anonymous Inspired Are More Powerful than Anonymous Ever Was

5 of the most famous federal whistleblowers