Where are the "Happiest" Places to Live? A Look At the Happiest Countries, States, and Cities 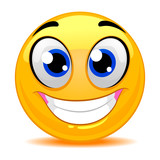 How many of you remember the little ditty from childhood, "If you're happy and you know it clap your hands"? How many of you can honestly clap your hands these days? What does it really mean, to be "happy"? What are some of the internal and external facts that affect your overall happiness? Lastly, what countries are considered the happiest? What about individual states and cities? Which ones are the considered the happiest places to live?

While "happiness" it difficult to quantify, it's generally considered to a measure of contentment, be it your personal happiness or that of a group and even a country. Many factors, both internal and external, go into the concept of happiness. It could be the amount of pleasure or enjoyment you derive from something, be it tangible or perception. Happiness can also be seen as security as in the amount of physical or psychological comfort you receive. This could mean having a home, a good job, or being in a loving/caring relationship.

On a more macro basis, happiness could be viewed as having quality medical care, good roads, a good educational system, or a stable economy capable of providing growth and opportunities. Some might argue that a strong military brings them a measure of happiness since it provides security from outside threats while others might say that having a responsive police, fire department, or EMS actually brings them more comfort than a strong military since it provides a more immediate amount of security than the threat of external threats. Other features of happiness at the macro level might include infrastructure, the availability of food or on demand electricity and clean water.

The thing about happiness is that there's no right or wrong answers as our individual needs or wants differ based on a multitude of factors like upbringing, education, gender, social class, or religious beliefs. Thus happiness could mean the availability of fresh food, clean drinking water, having a stable economy which every business needs in order to function and grow, a progressive social safety net, reasonable taxes (I say "reasonable" because no one likes to pay taxes, but that's the price of civilization. Reasonable means the services you receive for your tax dollars).

It also includes having a responsive government. Note that doesn't necessarily mean a "democratic" style government nor having the same "freedoms", however you want to define that term, as the next country. Historically, people have always been willing to sacrifice their freedoms, or at least some of them, for security. People look to government to provide those things which most of us are unable to acquire on our own, either because of the expense or lack of expertise or resources needed. if a government is able to provide what the people need (as oppose to want) on a consistent basis, it typically doesn't matter the form government takes in the long run. That's why feudal states did so well for such a long time. However, when government acquires to much powerful while not meeting our changing needs, we usually see pushback in the form of reform movements, revolts or revolutions.

So, having said that, let's look at those countries where the people there say they are happy. We'll also take a look at which US states and cities are ranked by their level of happiness. According to the "World Happiness Report of 2018 (yes, that's actually a report), which is published by the United Nations, people are surveyed using a ranking system called the "Cantrill Ladder" (it ranks questions on a scale of 0 for the least to 10 for the most). The survey examines areas such as macro and micro economics, national statistics, psychology, as well as national policies, ethics/values, along with other reports tied to the Organization for Economic Co-operation and Development (OECD) of 156 countries.

Coming in the tenth spot was the country from down under, Australia. In ninth place was Sweden. Eighth place belonged to Australia's neighbor, New Zealand. Number seven was Canada. The sixth ranked country in terms of most happy was Switzerland. Iceland placed fourth while Denmark was third. The second happiest county was Norway. Finally, the country with the happiest people was Finland. As an aside, Scandinavia, and in particular Finland, have ranked in the top ten happiest countries for five years in row. You'll also note that these same countries also rank in the top ten when it comes to education, lowest crime, and best healthcare. While these countries do have higher taxes than other countries, especially compared to the US, they obviously get the biggest bang for the buck.

Honorable mention goes to Israel and Austria, which just missed out of the top ten and came in eleventh and twelfth place respectively. Germany placed fifteenth. Meanwhile, the United States ranked well out of the top ten and came in eighteenth, just behind Luxemburg and ahead of the United Kingdom. The Republic of Ireland was ranked in the fourteenth spot. Rounding out the top twenty was the United Arab Emirates. So, if these are the happiest places to live, who are on the other end of the survey? Who are the bottom ten?

Starting in tenth place was the country of Malawi, which is located in southeast Africa between Zambia, Tanzania, and Mozambique. In the ninth spot was Haiti. Eighth place belongs to the African nation of Liberia. Coming in seventh was worn torn Syria. Next was Rwanda, which has suffered for decades from famine (some being natural while some being man-made) and ethnic violence between the Tutsi, Hutu, and Twa tribes.

In fifth place was another war ravaged nation, Yemen, which is located at the southern edge of the Arabian Peninsula. The fourth worse place to live in terms of happiness was another African country, Tanzania. South Sudan in Africa's east-central region was third. The second worst country for happiness was Central African Republic. Finally, the worse country to when in when it comes to happiness was the nation of Burundi, a teeny tiny country in east central Africa.

Other countries of note include Russia, which was ranked 59th, Italy in 47th place, and Japan at 54th. South Korea was 57th. Turkey was ranked 74th happiest place while Greece was 79th. Singapore and Hong Kong, which were ranked as two of the "freest" countries in the world came in 34th and 76th while China placed 86th. South Africa, which is dealing with an ongoing genocide of white residents, was 105th while Vietnam was 95th. The largest democracy in the world, India, came in 133rd compared to less democratic nation of Pakistan which was ranked 75th. Iran was 106th happiest nation and the Ukraine was 138th. France and Mexico placed 23th and 24th respectively. Finally, Venezuela, which is in economic freefall, was ranked 102.

Now that we've looked at which countries are the happiest, what about which states are considered the happiest? According to WalletHub, which looked at 31 factors broken down into three categories---Emotional and Physical Wellbeing, Work Environment, and Community and Environment, ranked all fifty states, assigned individual scores by category along with a total overall score. So, coming in tenth was the state Nebraska. In ninth place was South Dakota. The eight happiest state was Iowa. In seventh place was Maryland. Next came Idaho. Despite a plethora of natural disasters and high taxes, California took fifth place. The fourth spot was North Dakota. Ranked third as the happiest place to be in the US was Minnesota. The second best spot to be was Utah. Lastly, the happiest state belongs to Hawaii with its sun and surf.

Well, if these are the ten happiest places to live, who are the least happy states? The tenth least happy state is New Mexico. Next was Missouri. In eight place was Mississippi. Kentucky was the seventh least happy state to be in. Coming in sixth place was Alabama. The fifth spot went to Oklahoma. Interestingly, despite all its majestic scenery and low taxes, Alaska was fourth. Third on the list of least happy states was Louisiana. In second was "Razor Back" state of Arkansas. The least happy state in the nation went to West Virginia. Some other states of interest include New Jersey and New York (13th and 14th respectively), North Carolina (20th), Texas (23rd), Kansas (25th), Indiana (32nd), and Tennessee (40th).

As an aside, I mentioned that Kentucky was seventh ranked least happy state. The same report pointed out that Kentucky also had one of the highest levels of adult depression, coming in at 47th. It was 48th in terms of least amount of adequate sleep. Meanwhile, the state with the least amount of adult depression was New York, and the state which got its fair share of restful sleep was South Dakota. So, now that we know the happiest states, let's take a look at the happiest cities in the US.

Coming in just ahead of Bismarck North Dakota in tenth place was San Francisco. Ninth place went to Scottsdale Arizona. The eighth spot belonged to San Jose California. Grand Prairie Texas was seventh while Fargo North Dakota was sixth. For the fifth spot, Huntington Beach California was the place to be. Another California city, Fremont was fourth. Madison Wisconsin was third. In second place was another California city, Irvine. Finally, the happiest city in the US was Plano Texas.

So, what does this tell us? Well, first it should tell us that the countries, states, and cities with the highest taxation aren't necessarily going to be the most unhappy. In fact, in looking at countries, democratic socialist Scandinavia has consistently ranked in the top tier (usually the top ten) for years while some non-democracies do as well, if not better, than many democracies. These countries also ranked among the highest in terms of education, healthcare, and until recently---with the arrival of the so-called "migrants"---had the lowest crimes rates. They also rank in the top ten for the highest quality of life, lowest child mortality rates, and had longer life expectancy.

Meanwhile, countries which rank the highest in terms of lowest taxes or the most "free" and capitalist friendly don't always rank among the highest when it comes to being the happiest such as Singapore, Japan, or Hong Kong. The same seems to apply to states and cities. You'll notice that states with the highest taxes also ranked generally high in terms of happiness. Of course, that's not to say this applies to everyone across the board. There are several instances where high taxes doesn't equally apply to happiness, such as New York and New Jersey or Chicago and Detroit. 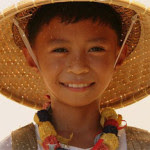 As we discussed at the beginning of this article, a lot of other factors come into play, including quality of education, job growth, taxes to services, and externals like parks, entertainment and recreation spots, the level of pollution, medical care, police, fire, and EMS considering happiness. Ultimately, you can't assume that a certain rural location low taxes, or even living under particular type of government automatically equates to happiness. As with most things in life, you have to look at the total picture if you want to fully understand any situation. Happiness, at least as discussed here, is no different.