Having Your Cake and Eating It Too: The Supreme Court Ruling in Masterpiece Cakeshop, Ltd vs. Colorado Civil Rights Commission

I guess I should have known something was up. I noticed a sudden large increase in the number of emails received, most of which were from Left oriented organizations. While most are from some ubiquitous sounding organization like "United for Intergalactic Peace" or "Surrender Now", several were from LGBTQ groups, and others which promoted transgender "self-identification". Each mentioned some recent apocalypse sounding event in their headline beckoned me to open and read on. I usually get a broad cross section of political emails from all political corners; each pushing its own cause and citing some recent tribulation (real or imagined) which they felt warranted my immediate attention and as always, begging for money to make it go away. However, this seemed like an unusually lot, even for me.

However, before I got the opportunity to delve into this mystery, I received a phone call from a friend of mine asking if I heard the latest news. Knowing that could be just about anything, especially sense I follow and usually write about news from a national and even global perspective, I had to acknowledge that I was stumped (of course, I was secretly hoping it had something to do with all the emails). Still, the two mysteries just might be related I thought. As it turned out, they were.

Back in 2012, an ordinary baker by the name of Jack Phillips was asked by a gay couple, David Mullins and Charlie Craig to bake them a wedding cake. Phillips, who owns Masterpiece Cakeshop, politely declined to accept their order for the wedding cake (usually a very profitable project with a big markup) because of his religious beliefs. Mr. Phillips claimed to be a very traditionalist Christian, has said all along that his religious beliefs prohibited him from partaking in any way with an event which goes against his faith's religious tenets, which so happens to include gay marriage. Apparently Mullins and Craig couldn't accept his answer, and neither did the Colorado Civil Rights Commission which said that Phillips had no such religious freedom and his refusal to bake the cake was violation of Mullins' and Craig's civil rights.

Nevertheless, the couple insisted that Phillips bake their wedding cake, which was repeatedly refused, which makes me wonder why? It's not like there weren't other professional bakers capable of doing at least as good of a job; maybe even better. It's not like they couldn't have asked around in their local LGBTQ community for recommendations for another baker. Nope. It had to be this one and only this one. Again, I ask why? My personal opinion is that the couple saw this as a potential payday. An opportunity to gain some national notoriety and maybe a large financial "piece of the pie" if you'll pardon the pun. Besides, if you force someone into making a wedding dress, drapes, or a cake in this case against their will, what kind of product do you think you're going to end up with?

Apparently the Supreme Court, in a rare act of common sense, had ruled 7 -2 in favor of allowing the Colorado baker, Jack Phillips, to decided who he does business with or not. Imagine that. You, as a business person, getting to decide whether or not you want to accept someone's business. I'm sure we've all seen signs on the doors of various establishments which read "No shoes. No shirt. No Service" or something similar. These proprietors were telling prospective customers that they have certain criteria which has to be met if you want to come in and get service. if you didn't meet these requirements, feel free to move on.

Of course, did the Supreme Court really have any other choice in making their decision? The Bill of Rights provides us with the freedom of association, meaning we get to hang out with whomever we want without interference by the government (provided, of course, no crime or criminal behavior is implied). That means you can associate with folks who role-play, follow a certain religion or philosophy, cross dress, or whatever. It's up to you and it's not any of the government's business. The Bill of Rights also provides us with freedom of religion, which means that the government will do whatever it has to not to interfere with those beliefs, so long as those beliefs are legal and fall within the general norms of society as a whole (that means no religious based rapes, human sacrifice or beheadings).

Some would argue that using the "freedom of association" or "freedom of religion" argument would mean refusing to associate with anyone you don't like under the mask of "religion". However, Justice Anthony Kennedy, who wrote for the majority, said business owners can't deny services or goods to individuals under neutral public accommodation laws, otherwise it a "community-wide stigma inconsistent with the history and dynamics of civil rights" could result. Justice Kennedy went on to say that Phillips acted within reason based on his religious beliefs, which had remained consistent throughout. He added that may have been a one off decision, and the verdict on similar cases in the future might be quite different. True. I wonder how the Court would rule if some Southern "redneck" requested a Muslim caterer to provide a pork-laden spread or a Hindu caterer to provide cooked steaks and hamburgers with their order. It's coming folks. It's coming.

Now, as everyone who knows me personally or reads my articles knows, I couldn't care less about someone's gender, race, orientation, religion, or whatever else. I may or may not agree with their choice, but it's not for me to decide; it's theirs. However, people have to understand that not everyone is going to playing along in their personal drama. People will look at you funny. People will speak out--- rightly or wrongly. That's just the way it is in our relatively free society. If I seriously don't like something about you, I'm obviously not going to invite you to participate and no law is going to make me. If you get "offended", that's just too bad. By the same token, if I don't get to play in your "reindeer games" because of my opinion or whatever guess what? I'm a big boy. I'll somehow manage to live. It also means that while we disagree in one area, that doesn't mean we disagree across the board. We accept the fact that not everyone is going to agree with everything we say or do. That's known as maturity.

Just because you made a conscious decision about your lifestyle (tattoos or body piercing for instance), that doesn't mean you get a free pass. If you decide that you self-identify as a dog or space alien, and you go out and spend a bunch of money having yourself surgically altered to fit in with your new persona, well good for you. Hopefully, it makes you happy. But don't expect to be greeted with open arms by society as a whole. If you decide you're going to be omni-sexual, pan-sexual, or whatever, then great; whatever floats your boat. But, again, that doesn't mean you're going to get to float that boat in just anybody's pool. There are consequences for your actions, good or bad. No one is ultimately responsible for the decisions you make but you, so suck it up and get over it.

As an aside, I personally believe there are two and only two sexes---male and female, and regardless of how you self-identify, Mother Nature wins out as she always does. As for your sexual or life choices, I really don't care. It's not my business. For that matter, it's really not anyone's business other than those directly affected, which means that neither do I particularly care or need to know. Now, whether it's a psychological disorder, a simply a genetic mutation, or one of Satan's demonic minions as some claim, I don't know. I've known a lot of folks who are gay, Lesbian, transgendered, bisexual in my lifetime, and I can't say a single one was the product of a "choice" . It was just the way they were. It may have been a choice on their part to "come out", but their sexual orientation was never a choice in itself. 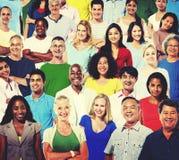 Now, having said that, not everyone agrees. Some people believe for personal reasons that "something" is wrong with them. That's fine. That's their decision based on their upbringing or life experiences. Meanwhile, there are others who believe being gay or whatever is a violation of their religious beliefs, and to violate those beliefs is to disobey God or whatever deity they worship. That deserves as much respect as does someone else's personal decisions about themselves, be it body piercings, tattoos, or coming out. So, kudos to Mr. Phillips for standing his ground for his religious beliefs and a polite nod to at least seven of the nine Justices for getting it right for once (now, if only they would go back and revisit their "Citizens United", which was one of their biggest mistakes). The trouble with diversity is that it's diverse, and we have to get used to it. That's also it greatest strength.