Let me ask you question. Let's say you're driving down the expressway. It's starting to get a bit late and as usual, the lighting isn't so great. You're tired and just want to get home. There's not a lot of traffic on the expressway in either direction. Up ahead you see something; a lot of movement moving toward the overpass directly in front of you. As you get closer, you see it's a large group of people; some are carrying something but you can't tell what. A few seconds later you're close enough to see that this mod of people are protestors and some are carrying signs. A few seem to be trying to get you to stop...for what who knows? What you know is that there's not much traffic out and no body to help you in case things go wrong, and given what you've seen on TV, most of these protests end up as riots with looting, burning, rapes, robbery, and a lot of bottle and rock throwing. Then you see they are spreading across the expressway in an attempt to block you and anyone else who happen along. What do you do? Well get back to your answer shortly. 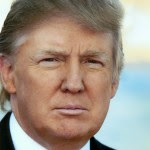 Ever since "The Donald" surprised the political Left with his decisive victory over Hillary Clinton, her supporters---mostly Left leaning Millennials, hardcore Democrats, and a few Bernie Sanders supporters have been alternating between acting like someone just stole their ice cream cone and kids being told they can't play on their IPod until they clean up their rooms (to be honest, I'm not sure kids actually have to that anymore, but I'm sure you get the analogy). Classes at some of the nation's top schools have cancelled because the students are too "distraught". Some colleges have cancelled midterms and, instead, set up "cry-ins" where students can come and have a good cry among friends. A few of these centers of higher learning have even ordered in pizza because, well, after a good cry I guess they figure everyone likes a cheese pizza (I suppose there was a special standby of salad, you know, just in case). A few other colleges--and even high schools---have established "safe place" away from the media and "mean" students who aren't as "sympathetic" to their pain. 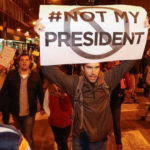 Meanwhile, some of these individuals, after sucking it up, have gone out protesting; a few with signs saying "Not My President", "Love Trumps Hate", "No White Supremacy", "We Won't Obey", as well as some that are pretty vulgar (must be English or American Lit majors). Some of these protests have involved confrontation with the local police, and there has been several calls from people who should know better to assassinate the president-elect (just in case you don't understand our political system, given that you want to do away with the Electoral College and all, that won't result in a "do over" or make Hillary the President as sort of a runner-up prize. It means that Vice President Mike Pence becomes President, and if something should happen to him, the presidency goes to Speaker of the House Paul Ryan, so you might want to think these things through---just a suggestion).

A few of these protests have turned violent and devolved into riots, complete with looting, burning, destroying property and beating of white and Asian folks (it's almost "as if" somebody or some group is trying to start a race war for some reason. Of course, that would result in martial law being declared. Now, who do you think would want to do that and why?). I'm not sure what that purpose of all that is, but the message it sends is "Hey look at us. We're idiots. We're trashing neighborhoods". It's no big deal to be upset about the results of an election, but that's not how you change things. It simply makes the situation worse and less likely that anyone will listen to you. But, given that we are connected globally in ways that we were never before, groups have formed in Europe to protest Trump's election. The really amusing part is that their protests are based mostly off of rumors spread by Left leaning groups in this country and misinformation spread by the corporate media which has been actively---and more or less covertly---working against Trump since just before he announced he was running! The only media who seem to be getting it right are over at RT News. Not even Fox News has kept their promise to keep it "fair and balanced".

The fact is that Trump won the election, regardless of what the corporate media had been saying for during the entire election cycle, so face it---you were lied to. You were lied to by not just the corporate media, but the Democratic Party, the out-of-touch celebrity types, but yes, even by Hillary. You saw in real time how Hillary's camp and the DNC worked to rig the Primary and convention against Bernie Sanders and you heard from Hillary's own emails the crimes she committed without any sense of remorse or hesitation. You saw how the Republican Establishment worked against Trump throughout the entire campaign; even occasionally working in cooperation with the Democrats and corporate media to smear Trump, a family member, or a supporter of his. Now you understand some of what those on the Right have been saying all along about how badly the system is broken. You saw how economic elites, both political parties, as well as the political system itself worked hand-in-mailed-glove against the best interests of us---the citizens of this country.

I'm sure those on both the Left and the Right are not going to like everything Trump does, but then nobody ever does. Despite being in the public eye, the presidency is a very lonely job; something I'm sure every President has quickly learned. But remember too, those on the Right had to endure eight years of Obama, and while you might think he was a good president, many in America didn't, and neither did many of the world's leadership, but you never saw an temper tantrums did you? You never saw any "cry-ins" or demands for "safe places". You also never saw any looting, burning, destroying of property, or beating up of liberals (or yelling at them and making them cry) or for that matter, any protests.

Now, let's get back to my opening question. What would you do if you suddenly saw yourself being blocked by a group of protestors...or possible rioters? From news reports, most drivers, while attempting to avoid hitting anyone, would not stop out of fear of being attacked or damage to their vehicle. So far, there has been two individuals severely injured trying to block traffic and several who have been slightly injured. There's nothing wrong with protests, but not everyone is going to agree with you; in fact, most aren't. Don't expect them to act accordingly, so use common sense. Oh, by the way, there was one death as a direct of these protests. It seems one older individual died of a heart attack. He was in an ambulance on the way to the hospital but protestors blocked the expressway and wouldn't let the ambulance through. Had he made it to the hospital he would have likely lived. I hope the organizers of this protest showed up at his funeral to explain to his family and friends why their actions where more important than his life. Personally, I think the police should have rounded up everyone of these individuals and charged them with contributory homicide and refused any plea deals. Actions do have consequences be they economic, political, social, or humanitarian.