On December 2, 2015, two individuals went on a murder spree. Both individuals, a husband and his wife, were Moslem. He was born here in the States, though his family is Saudi. She was born in Pakistan and grew up in Saudi Arabia. They had known each other for about three years; having met on a Moslem dating network. He had flown to Saudi Arabia, where they married about two years ago and had a six month child. They lived in a small non-descript apartment in San Bernardino, California, which is just a few miles from Los Angeles. He was said to be quiet, introverted, and was often teased goodheartedly for his patchy beard. She largely kept to herself, even from her in-laws. 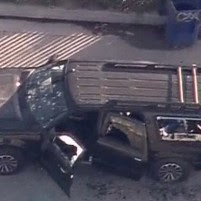 Both were described as having few friends. On the day of the incident, he had attended a Christmas Party with fellow employees from the San Bernardino Health Department, located at a small business campus which worked with handicapped children and adults as well as with other health issues.

While attending the party, the man, now identified as Syed Farook, supposedly got into a brief argument with a fellow employee, a converted Jew, which prompted him to leave. He apparently returned home which was only a few miles away; the couple had previously dropped off their six month old at his parent's house. Farook, now accompanied by his wife, Tashfeen Malik, returned to the party, both dressed in black, complete with hoods, and outfitted with body armor and armed with assault weapons embarked on their campaign of carnage, leaving 14 co-workers dead and 21 wounded. According to witnesses, both causally strolled away and got into their black SUV and slowly drove away as police and emergency personnel began to arrive to find the grizzly scene...along with a parting gift...an apparent bomb...left behind by the couple.

A few hours later, while slowly cruising, the couple were engaged in a brief firefight by the trailing police, which included throwing homemade pipe bombs from their vehicle at the police amid the intense gunfire. The end result was predictable. Both suspects were killed in a barrage of bullets, all covered in detail by the news media. Images appeared a short time later on the Internet showing close-up stills of the aftermath for the curious. 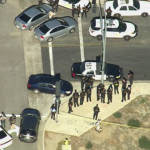 The images portrayed the obvious. Law enforcement authorities quickly converged on the apartment, later described as a "bomb making factory" and booby trapped. A dozen or so pipe bombs and bomb making supplies were found side by side with a baby crib, next to toys, or laying beside baby shoes, not mention at least 2500 rounds of extra ammunition. Their computer hard drive was smashed, though authorities discovered the wife's allegiance to ISIS, posted online just before the killing spree began. Reaction was, of course, immediate. There were shouts of outrage that such a thing could happen amid all the security; in a "gun free" zone; as well as the "vetting" process used to screen the wife, which obviously failed. A few blamed radical Islam. A few more blamed the guns as if they had somehow acted independently of their owners. ISIS disagreed apparently and posted a message of praise and called the couple "martyrs" for Islam.

President Obama, while expressing his condolences to the victim's families, used the occasion to call for increased gun control, including "voluntary" surrender of guns as if somehow, those intent on slaughter or crime would be stymied by "gun free" zones like all the ones which had come before, including Sandy Hook. At the same time, Obama hedged calling this a "terrorist" event as he often has before. Implying that this was perhaps just another violent "workplace" incident like Ft. Hood, and far be it that he would equate radical Islam with the attack. A few in the media initially reported it being conducted by a white hate group. Not unexpectedly, the public knew better. They understood the magnitude of what had happened and what the underlining cause was, even if the President and those in the corporate media wouldn't admit it; as if either still retained any serious credibility with the American People.

This, unfortunately, wasn't the only recent terror attack in recent days. There have been others. In London, a man was attacked at the Leytonstone Underground, a subway station just outside of central London, by a knife welding man. Two others who suffered minor cuts. Before the attack, he had shouted "this is for Syria", a reference to England's bombing campaign in Syria against ISIS sites, and as he exited the station, shouted "that's for fucking with Mother Syria". While the victim's throat was slashed, he'll live and as expected, his assailant was quickly apprehended. Of course, Paris was the scene of a brutal killing spree just a few weeks earlier, on November 13, by supporters of ISIS's radical version of Islam, which left 129 dead and 352 wounded. Since then, there has been 10 additional attacks (not including the San Bernardino attack) conducted by Moslem terrorists affiliated with radical Islam. Most of these have been in Israel, although there has been three suicide bombing committed by members of Boko Haram which killed or wounded approximately 96 individuals in Nigeria and Chad (Boko Haram burst on the scene in 2014 with its kidnapping to 279 young schoolgirls which were to be used for sex slavery or sold as "virgin wives"). The most recent attack (as of December 6, 2015) was conducted by ISIS in Yemen which killed a Yemini governor and his six bodyguards with a car bomb. Since 9/11, there has been over 26,008 acts of violence committed adherents of radical Islam throughout the world. It should be noted that while the majority of those murdered have been Christians (mostly Eastern Orthodox), there have been a significant number who were Jewish, Hindu, Buddhists, Zoroastrianism and those who professed no religious adherence at all. In short, no one is safe.

What the West, and indeed the world, seems incapable or unwilling to accept is that this is a religious war no different than any other religious war which merges both politics and faith. It's a hard concept to grasp knowing that we are in the 21st Century and, at least here in the West, long ago consigned such wars to a more primitive past of stunted intellectual growth and superstition while placing our trust in reason, logic and the rule of law. Previous wars or conflicts were over ideology, though more recently they have been over control of resources and assets on behalf of global corporations through the power of State ("regime change" comes to mind). 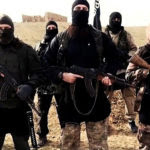 Religious wars, however, are generally the bloodiest and most enduring since one is fighting on behalf of their respective god, and how does one explain compromise, surrender or defeat to God? If they win, they are justified in their actions, no matter how ruthless, by God. If they lose, they still believe they will receive some otherworldly consolation reward for their commitment. Therefore, anyone engaged in a war which incorporates religion into its strategy must acknowledge that it will be brutal and that everyone everywhere are potential players. There are no non-combatants.

Thus, it should be fought with overwhelming military superiority on the battlefield and with the same level of brutality in order to end it as quickly as possible. It must also be waged in the heart and minds by demonstrating in the most convincing manner possible that their particular interpretation being is flawed, and that is where non-radicalized Moslems have failed Islam miserably. For while they privately condemn the use of their religion to justify the bloodshed, they say little or do nothing publically. This can be seen only as acquiescence through silence. They must step up and openly denounce the hijacking of their faith and reclaim it for their own. Only then can the bloodlust be stopped. In addition, the West, as well as the world, must publically acknowledge this war for what it is and stop hiding behind political correctness and non-threatening phrases. We can no longer pretend the war is anything but what it is or that it will remain "over there". Sadly, many of our elected leaders of both parties lack the courage or foresight to lead, nor to speak honestly to the American People. This goes for the corporate media as well as a number of our so-called community leaders. It's time we face up to what is happening and why America. It's time we demanded leadership and honesty.